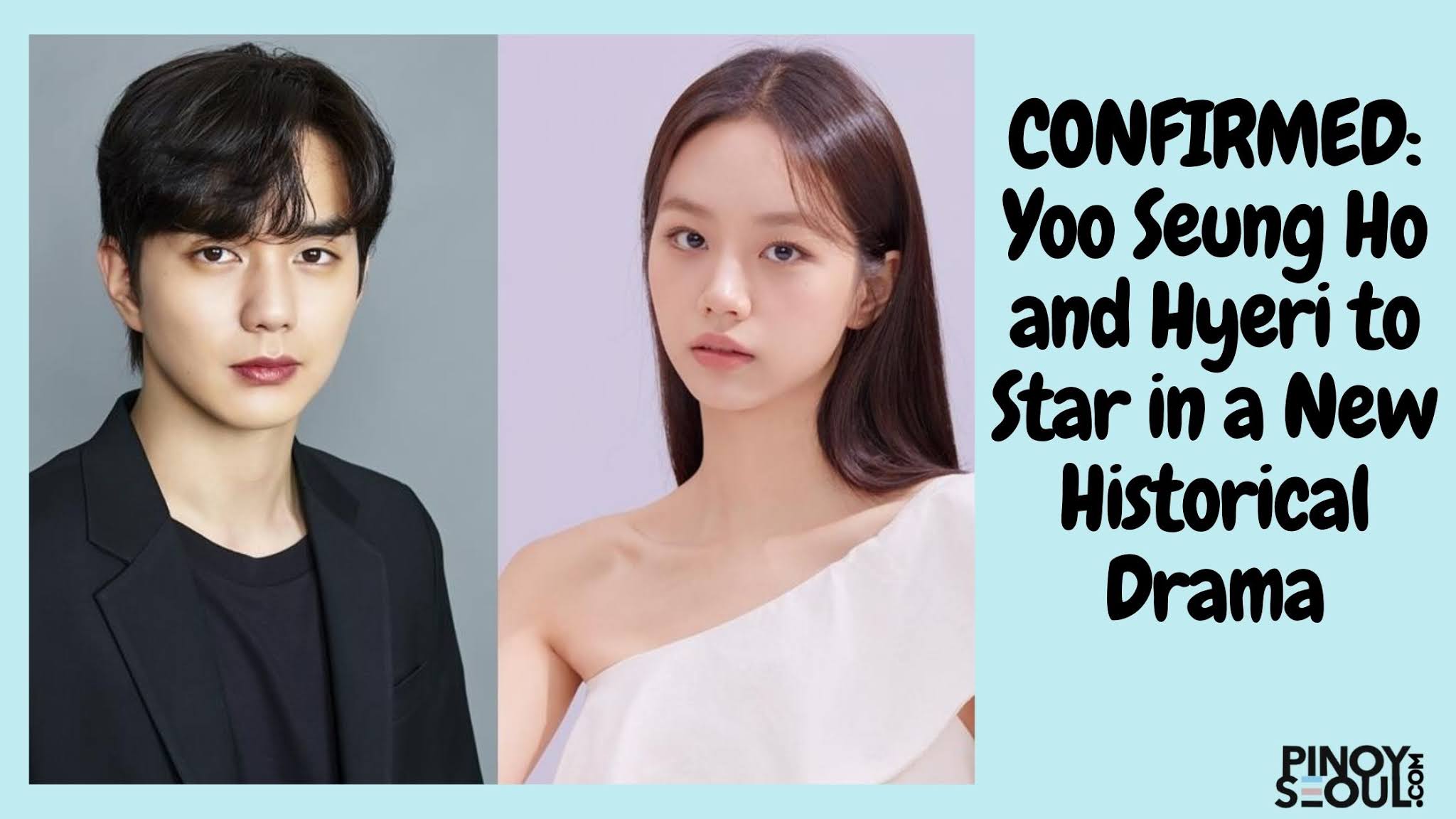 On May 3rd, industry insiders confirmed that actor Yoo Seung Ho and singer/actress Lee Hye Ri, popularly known as Hyeri, have been cast to play the lead roles for the upcoming KBS 2TV drama, ‘Think of the Moon When Flowers Bloom’ (literal title).

“Yoo Seung Ho and Hyeri were cast as the main characters Nam-young, and Kang, respectively,” a source revealed as per the report.

‘Think of the Moon When Flowers Bloom’ tells the story of four youths during the late Joseon period when a strict alcohol prohibition has been enacted.

For the upcoming drama, Yoo Seung Ho will play the role of Nam-young, the supervisor of the private affairs department, who went to Hanyang from his hometown to find success. Nam-young has an attractive physical appearance and a man of principle who does things by the book.

He meets Kang Ro-seo, an unpredictable figure who is his complete opposite and causes confusion. She doesn’t mind doing manual labor for money. To pay off the debt that she fell into, she starts brewing alcohol despite the strict alcohol prohibition.

‘Think of the Moon When Flowers Bloom’ will be Yoo Seung Ho’s first historical project in four years after nailing the lead role of the 2017 MBC drama, ‘Ruler: Master of the Mask.' It will be Hyeri’s first-ever historical drama in her entire acting career.

Hwang In Hyuk will direct the drama that Kim Jo Hee wrote. It recently completed the script-reading and will begin filming this May. It is expected to be aired on KBS 2TV in the second half of this year.