Out of thousands of Korean movies on Netflix, I don't know why I had a strong attachment to this movie even if I didn't watch its trailer. It was lunchtime and as usual, I like watching something while eating and I found this movie. Its movie poster on Netflix isn't even enticing.
When I saw the poster, despite its simplicity, I knew it'll be nice though because I saw Yoo Jae Myung. I didn't even recognize Yoo Ah In till I started watching. LOL!
He gave a different vibe in this movie. He doesn't have any lines but you'll sincerely feel what he's trying to portray. His body languages were excellent and on point. He's a great actor indeed. 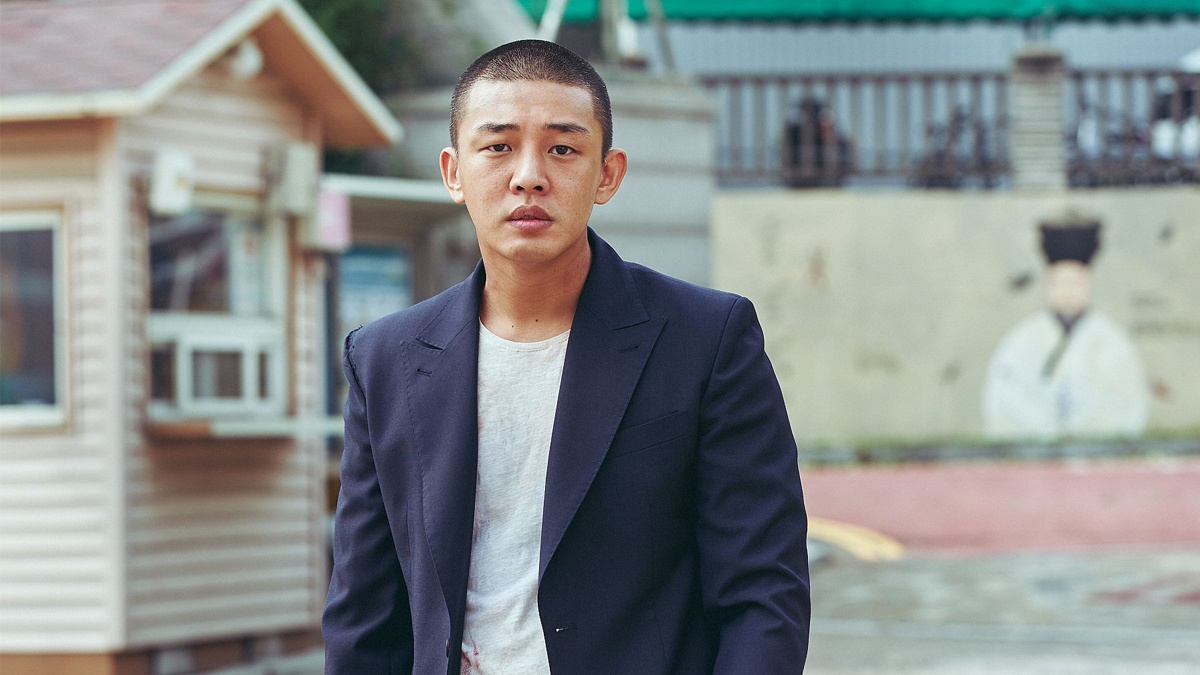 Photo credit: KAvenyou
By the way, on Netflix, the genre of whatever you're watching will show up before you play it. It said comedy so I went ahead and watched it. I felt betrayed because it's not a comedy at all. It's a crime-thriller kind of movie but the good thing is, it isn't hard to watch. There are no bloody actions or dark investigations however, it's dark in general and I felt like I got damaged when I watched it. I kept saying, "I felt betrayed." or "My mind got damaged from watching it.".
As mentioned, I am not the kind of person to watch trailers or read reviews before I begin watching something because I don't want to expect anything. I'd like to remain ignorant till the end and that's where I get the full emotion in watching something.
Voice of Silence or Without a Sound is about Tae In and Chang Bok. They are egg dealers in the morning and do "dirty" jobs in the afternoon. They seem to be good people and I am pretty sure they only did it for money. 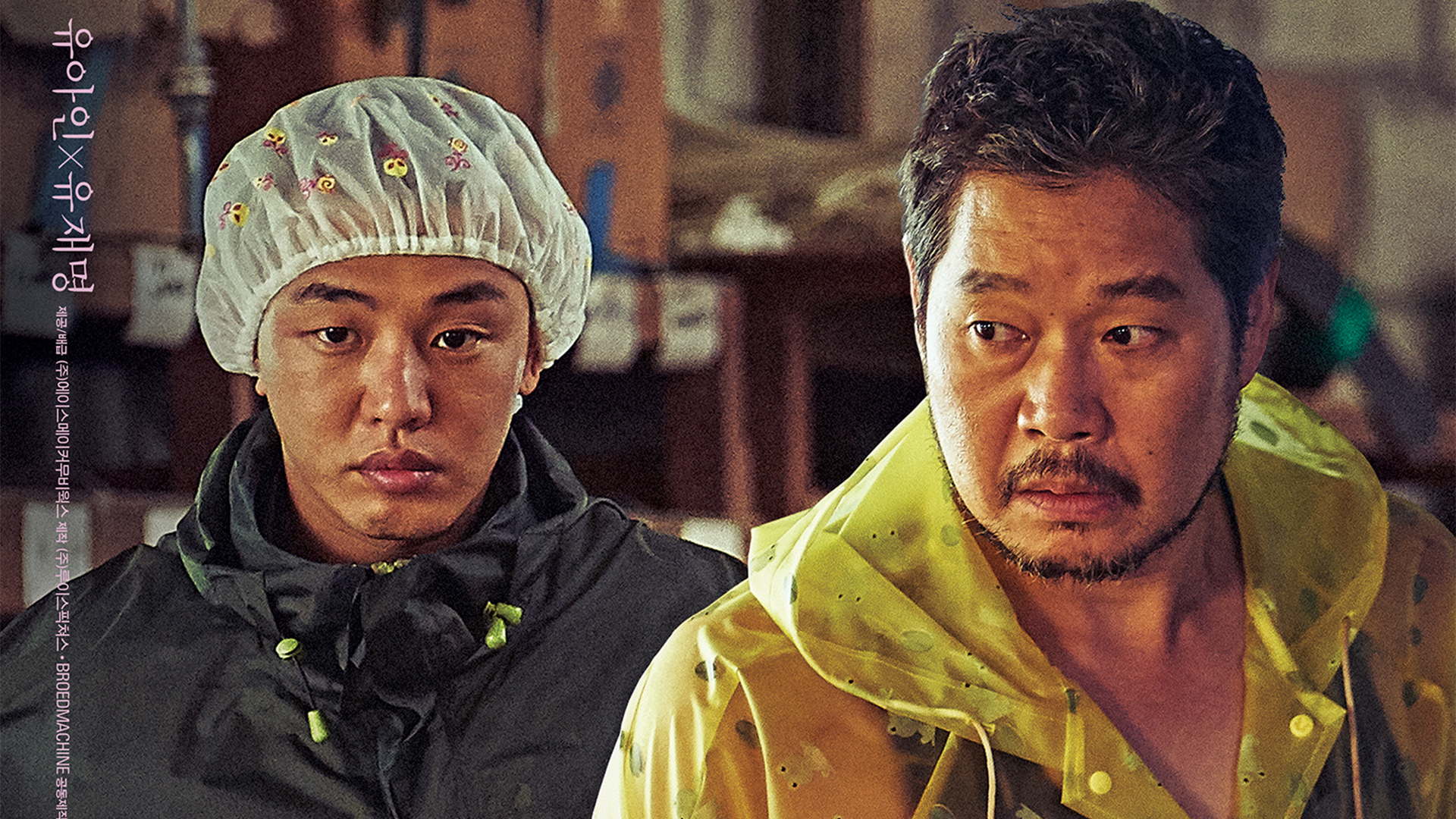 Photo credit: The Movie Beat
The "dirty" job I was talking about was cleaning up crime scenes. They polish the old warehouse wearing a raincoat, plastics boots, and shower cap with the blood that has scattered through the beatings and take away the dead body of the person who got beaten badly. They bring it to the mountain and bury the body with prayers. Yes, with prayers. Apparently, Chang Bok is a religious guy. He even asked Tae In to always listen to the catholic tape he recorded to help him speak. Up until now, I am not sure whether Tae In is mute or he just chose not to speak at all. Though Yoo Ah In's portrayal of Tae In was really good, I still have a lot of curiosity about his character like why didn't he want to speak at all? What is he hiding? I felt like there's more of his character that hasn't revealed yet.
Things got complicated when the "boss" asked them to pick up a person and keep it for a day not knowing that the person they had to keep was a child.
What made it more complicated is when the "boss" who asked them to keep the child, unexpectedly got beaten to death too, by someone higher than him.
Since they only get paid in cleaning up the "mess" and technically not doing bad things, they are unsure of what to do with the child so the child ended up extending her stay in Tae In's residence while they're figuring out what to do. 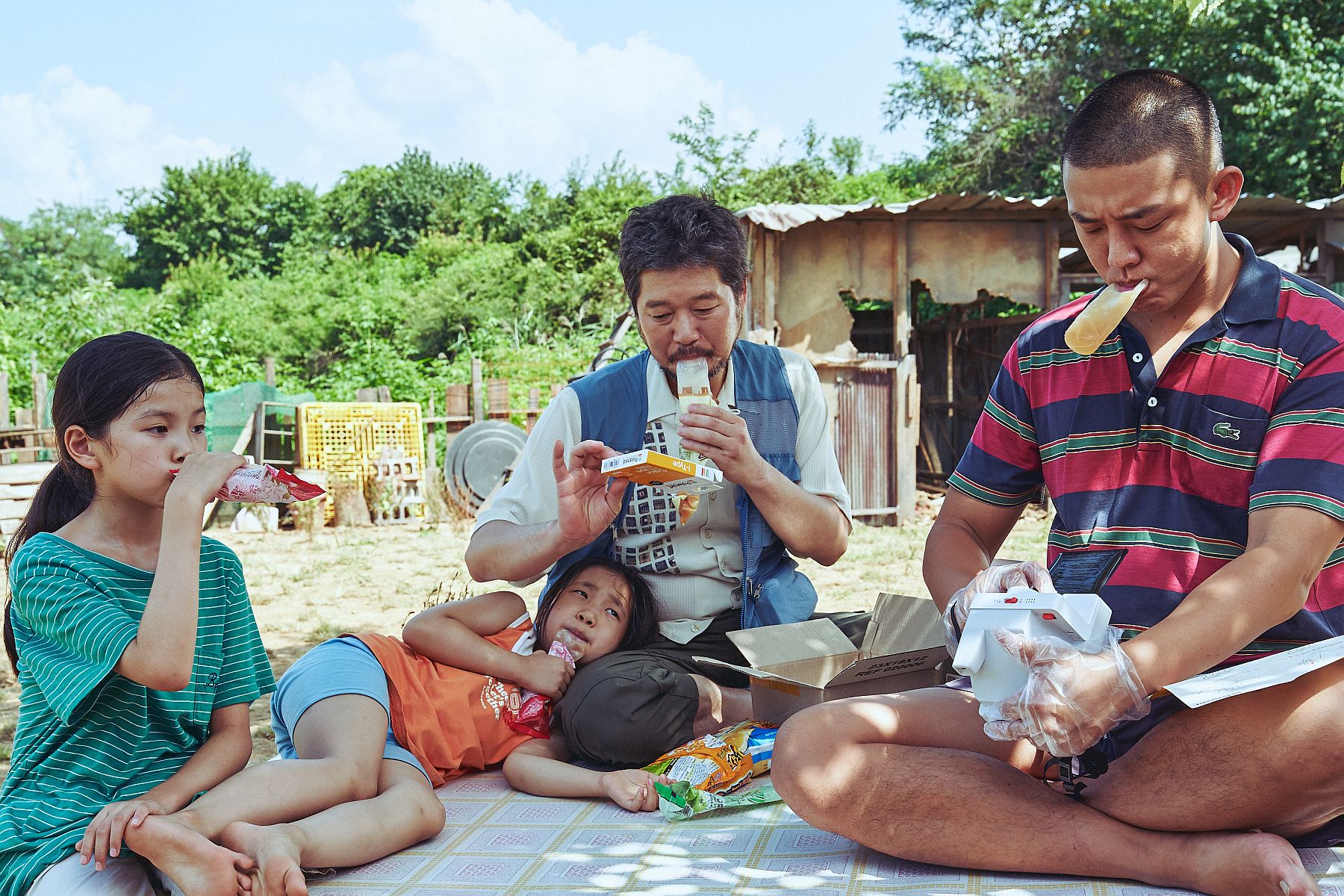 Photo credit: HallyuSG
Who would've thought that Tae In had a younger sister buried in his pile of clothes? LOL! It was a funny scene. In the early phase of the movie, they only showed how dark the place of Tae In was so we aren't even sure if that's really something you can call home.
After Cho Hee's arrival (Cho Hee is the child who got kidnapped), we learned that he had a younger sister. Cho Hee and Moon Ju (Younger sister of Tae In) bonded well. At first, I thought she's being nice and all because she wanted to be closer to Tae In and Moon Ju thinking that if it happens, they might let her go. Eventually, I find the connection sincere and thought of Cho Hee developing Stockholm Syndrome. It is a psychological connection formed from the hostage to their captors.
Cho Hee and Tae In were like in a push and pull kind of relationship. Since Tae In cannot speak, as an audience, I felt his sincerity but I think Cho Hee was confused with that. She doesn't know whether to trust him or not. However, you'll know in the end what Cho Hee chose and I will not reveal it here.

The movie is about the good, the bad, and how karma truly exists. It will play with your mind and made you question your judgment.
Are they doing good? Can we consider them acquitted from the guilt of doing bad things since they aren't the mastermind and only an accessory to the crime?
I honestly questioned my judgment when I was so glad that they escaped the policewoman. Am I that kind of person? LOL! You'll know what I mean when you watch it.
They basically aren't the mastermind of the bad deeds they are involved with but on the other hand, you will surely debate with yourself with your judgment.
The betrayal game was so strong in this movie too! Argh! Can't stop thinking about it! Lol!
I like the movie and the setting was excellent too. I think it helped the plot a lot.
Please watch it because I know, it will not only play with your mind but you will also get something from watching this superb movie.
Share your thoughts! Is it a yay or a nay for you? Comment below.