Hello? Me!: Should I Watch it? Have you ever experienced watching intense on-going Korean dramas and since you have to wait all week for new episodes, you end up browsing in Netflix or VIU light dramas you can watch while you're waiting?
As mentioned in my previous blogs, I like watching light dramas in between stressful dramas. It made me feel relaxed and less anxious. I always admit that I always get taken away emotionally with the Korean dramas and movies that I watch so I need some refreshments.

One afternoon, I was so bored and thought of giving this drama a shot. It's still ongoing too but there's already a lot of episodes available so I felt like it'll be perfect to watch it at this time.

The story of Hello? Me! revolved around the life of 37-year-old Ban Ha Ni. Everything in her life was a mess. On the night when she felt like everything is falling apart that even how hard she tried to keep it together, it just slips away from her grip, she tried to escape her miserable life by attempting to get hit by a truck and that's when the story started. She woke up in an emergency room of a hospital with her old self. Yes! The bright and passionate 17-year-old Ban Ha Ni but not being the 17-year-old girl though are co-existing in the same world!

Photo credit: Otakukart
This is the first time I knew about Choi Gang Hee and I must admit that I didn't like her at first. There's something in her acting that made me cringe. I am not sure what is it but I overcome it! Yay! I eventually liked her by watching more. That's why we should never judge an actor or actress just by watching a few episodes. LOL!

I wasn't familiar with the other characters too, but I still went on. I know it's not my cup of tea but I was surprised that I kept on watching. There's something about it that hooked me.

There's nothing much in the first two episodes but her unfortunate life which was just the beginning. Who would've thought that someone like her was extremely popular in the past? She was a campus figure. I don't read the synopsis or watch trailers before I watch a drama because I love surprises so that's quite a shocker for me.
The title was also a giveaway of what to expect. Even you don't read the synopsis, you'll somehow get a hunch that it may be a drama about time traveling. That's what happened to me so I gave it a chance but I didn't expect that they will be existing in one world simultaneously! That is new for me and it really made me keep watching because I am too curious to know how will the young Ha Ni will go back to where she belongs.

The story is quite heart-warming. It's like telling us to try and slow down, don't be too hard on ourselves, and never give up. We should never let our mistakes from the past define our future. We have to keep on fighting for what we stand for. That's what I got from watching seven episodes. 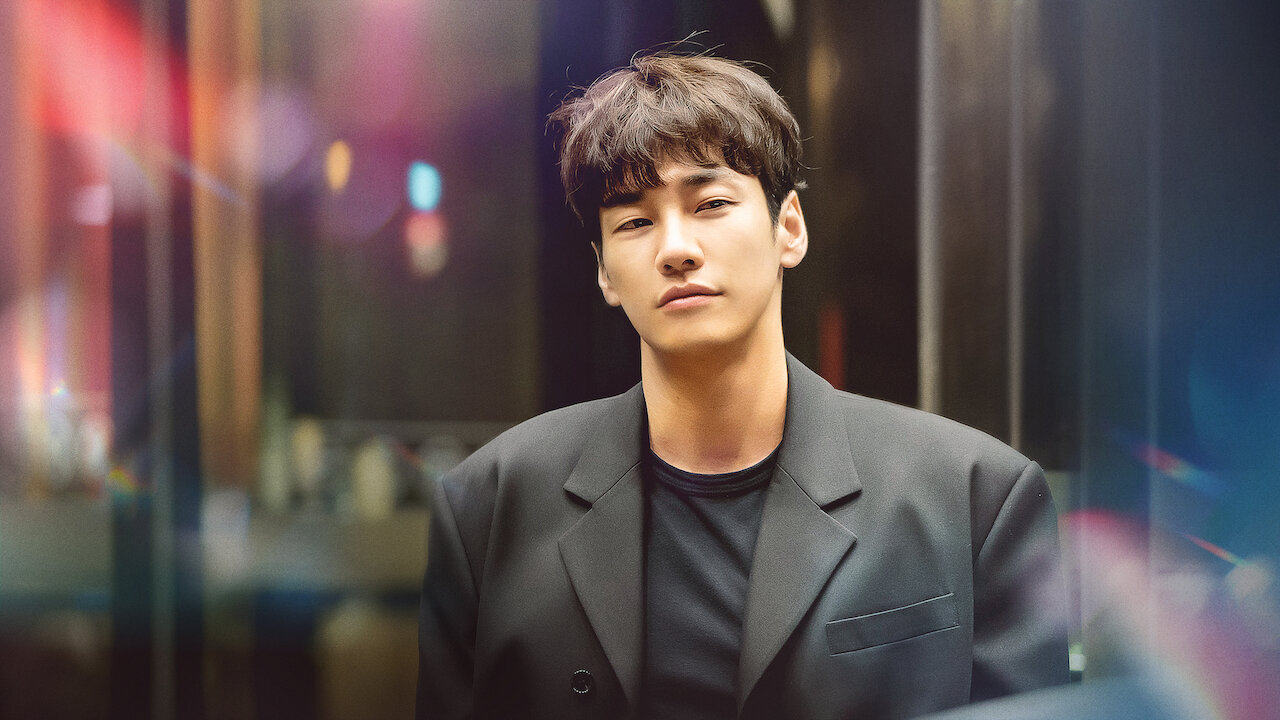 Photo credit: Netflix
I'd also like to commend Kim Young Kwang. You've probably seen him in Pinocchio, Good Doctor, and Love Rain. Yes, he's that guy! At this point, I am not sure if his character is the main or second lead, it's still confusing but his role perfectly suits him.
Imagine how tall this guy is but his character is very playful. I never felt a bit of cringe while watching. I actually enjoyed his acting and quite surprised because my husband also liked it considering how he's picky with the dramas I watch.
Honestly speaking, I'd definitely recommend this feel-good drama to watch while watching a lot of mind-boggling and stressful dramas on the side. This will surely restore your sanity!
Feel free to share your thoughts if in case you already saw Hello? Me!. I'd love to read it!

EPS TOPIK,75,Event in Korea,102,Event in Philippines,22,Feature Article,29,Filipinos in Korea,52,K-Culture,22,K-Music,41,Korean Shows,37,Latest News,97,Sponsored,6,Travel & Food,52,
ltr
item
PinoySeoul.com: Hello? Me!: Should I Watch it?
Hello? Me!: Should I Watch it?
https://1.bp.blogspot.com/-CrOPJ1DTlkw/YGlRaNdr8SI/AAAAAAAACIg/URAVoNpNST0wdvMOcIw5aWBrnHi8Nd0vgCNcBGAsYHQ/s16000/DL%2B%25281%2529.png
https://1.bp.blogspot.com/-CrOPJ1DTlkw/YGlRaNdr8SI/AAAAAAAACIg/URAVoNpNST0wdvMOcIw5aWBrnHi8Nd0vgCNcBGAsYHQ/s72-c/DL%2B%25281%2529.png
PinoySeoul.com
https://www.pinoyseoul.com/2021/04/hello-me-should-i-watch-it.html
https://www.pinoyseoul.com/
https://www.pinoyseoul.com/
https://www.pinoyseoul.com/2021/04/hello-me-should-i-watch-it.html
true
1152873755750876729
UTF-8
Loaded All Posts Not found any posts VIEW ALL Readmore Reply Cancel reply Delete By Home PAGES POSTS View All RECOMMENDED FOR YOU LABEL ARCHIVE SEARCH ALL POSTS Not found any post match with your request Back Home Sunday Monday Tuesday Wednesday Thursday Friday Saturday Sun Mon Tue Wed Thu Fri Sat January February March April May June July August September October November December Jan Feb Mar Apr May Jun Jul Aug Sep Oct Nov Dec just now 1 minute ago $$1$$ minutes ago 1 hour ago $$1$$ hours ago Yesterday $$1$$ days ago $$1$$ weeks ago more than 5 weeks ago Followers Follow THIS PREMIUM CONTENT IS LOCKED STEP 1: Share to a social network STEP 2: Click the link on your social network Copy All Code Select All Code All codes were copied to your clipboard Can not copy the codes / texts, please press [CTRL]+[C] (or CMD+C with Mac) to copy Table of Contents