It happens to many of us. You’re watching your favorite Korean drama and the scene is showing the actors munching on samgyeopsal, tteokbokki, hoddeok, or slurping ramyeon. Your Korean hunger pangs and cravings came out so suddenly intense, but are left unsatisfied because food delivery services and restos are already closed. So what would you do in a foodie “emergency?”

In a scenario like that, the best thing to do is to have some food items stocked up and kept handy when the need arises. Always keep these “essential eight” in your stash for those times you need to cook up the most common Korean dishes conveniently.

Undoubtedly the most sought-after side dish among Koreans and Korean food lovers, kimchi should always be readily available in your ref. It is present in almost every Korean meal and is used as an ingredient in stews, stir-fried, or as omelets and pancakes. It usually comes as cabbage kimchi or radish kimchi. It’s teeming with probiotics because of the fermentation process that brings out its unique flavor. It’s been said that there is no other food that accurately represents the food culture of Korea better than the tradition-rich kimchi. (It’s so sensational that there has been a recent online debate between the Chinese and the Koreans about the historical roots of this highly-contested side dish. Read here.)

Versatile and abundant, eggs are good in filling your empty stomachs especially when they are hard-boiled, just like how Korean actors snack on them (think Son Yejin in Crash Landing on You’s scene where she and Hyun Bin are stranded on a train and had nothing but hard-boiled eggs to eat). Eggs are the main ingredients in your omelets, omurice, and pancakes, can be cracked and added to sundubu, ramyeon, soups, and stews, can be hard-boiled and eaten plain or as topping on cold noodles, or as another side dish. Bibimbaps are always with eggs. Eggs offer endless cooking possibilities, they are inexpensive and a rich source of protein.

Tofu, the firm kind, is another flexible ingredient must-have in Korean cooking. It acts as a complement to kimchi and other strong-flavored dishes and soups. Deep-fried tofu can be eaten with soy sauce and vinegar as a side dish, too. Some people use tofu as a meat substitute for a vegetarian version of their favorite Korean dishes.

Ddeok is Korea’s uniquely-shaped rice cakes that are usually white, smooth, and tubular or sliced into discs. Ddeok is treated like noodles and can be cooked in heavy gravy, in light soup, or dipped into sauces. The most popular use for ddeok is when it is cooked as a spicy street food called ddeokbokki. Disc-shaped ddeoks are used in cooking rice cake soup that is traditionally eaten on the Korean New Year.

In the K-drama series Reply 1988, bean sprouts are the centerpiece of the neighborhood matriarchs as they convene outside their gated compound while they multi-task: removing the green outer peel of the sprouts and talk about each other’s lives at the same time. Bean sprouts are delicious side dishes added to stews and soups. It can also be cooked pan-fried with other vegetables. Bean sprouts are commonly mixed in with bibimbap or as one of the ingredients of dakgaejang. The only caveat is that bean sprouts don’t last long. It is good if they can be used immediately or stored in the refrigerator for a couple of days only.

Usually red, gochujang (paste), or gochugaru (powder) are the processed chili peppers that are used as a common seasoning in Korean kitchens. It is made by using traditional fermentation methods to develop complex flavors. This chili is a staple in Korean marinades and sauces. One of the most famous uses of gochujang is in the bibimbap, that rice and veggie bowl combination.

The comfort food for many, this instant noodle, albeit unhealthy, became even more famous because of Korean dramas. Product intrusions of various ramyeon brands are a common practice. Once in a while, it may not hurt eating instant ramyeon. Just don’t make it a regular habit even if your favorite K-drama stars binge on it as if there is no tomorrow. Aside from its flavorful variants, cooking it is easy. It can always be mixed and matched with almost any ingredients, such as the ones above. A good rule of thumb in cooking noodles: they should still be a bit chewy between the teeth, not soggy.

One healthy and easy way to snack is to make a wrap out of a dried nori sheet. A sheet of nori has the same amount of omega-3 fatty acids as two whole avocados. Seaweed also makes for healthy soups and salads. One way to use nori is with sesame oil, freshly grated ginger, and sesame seeds for a healthy salad. It may also be added in miso broth along with marinated tofu as a nutrient-dense soup. Kimbap is another way to enjoy nori sheets. Nori can also add flavor to noodles or rice as toppings.

(After writing this, I could hear my stomach grumbling as if begging to be fed with my favorite dakgaejang. Haha!) 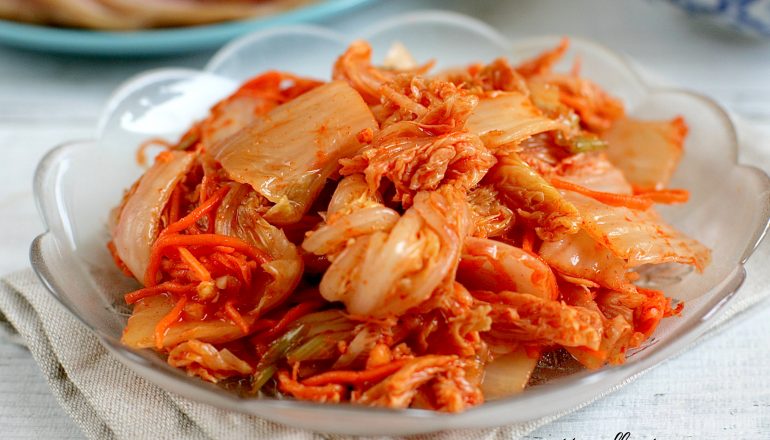