The K-drama World: It's About Women Too! 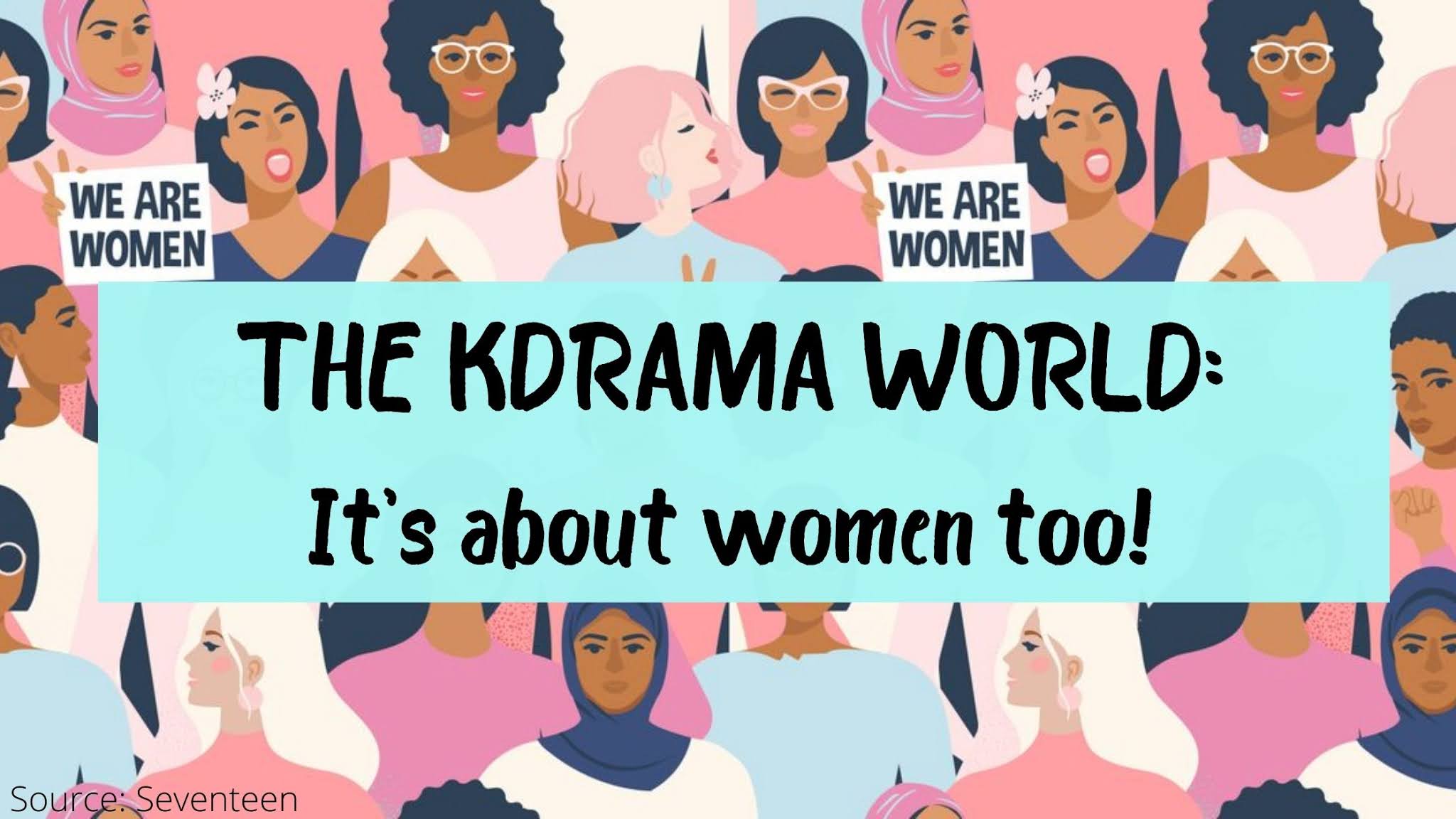 We surely love our oppas, but it was just yesterday that International Women's Day was celebrated. That is why it's time to love our unnies, too, and appreciate how the K-drama world is also about women.

Women are not in Korean dramas to just be love interests, sisters, or mothers. And the following Korean dramas prove women are and can be so much more.

(Source: Swoon)
This 2019 Korean drama is about three women namely Bae Ta Mi (Im Soo Jung), Cha Hyun (Lee Da Hee), and Song Ga Kyung (Jeon Hye Jin) working for leading web portal companies. Yes, this drama was about romance, too. But more importantly, this drama shows the pressures society places on women like getting married and having children. It also depicts the bad reputation strong independent women can get. On the other hand, it emphasizes that women can be leaders in companies, too. They can also make tough decisions. They even own up to their mistakes. They aren't as weak as they can be perceived.

(Source: VIU India)
The Philippines has its Olympic medalist Hidilyn Diaz but the K-drama world has Kim Bok Joo played by actress Lee Sung Kyung. This 2016 Korean drama is truly funny and heart-fluttering. But it is more than that. Kim Bok Joo and even her friends Jung Nan Hee (Cho Hye Jung) and Lee Sun Ok (Lee Joo Young) proved that women can do weightlifting and excel on it. Women can excel in sports, too. This drama shows female weightlifters aren't all the same. Some may have long hair and some may not. They may also be cute and girly. This drama shows no woman is the same.

(Source: Netflix Asia)
Mr. Sunshine proves saeguk dramas put the spotlight on women, too. This 2018 Korean drama starring Lee Byung Hun, introduced two strong women Go Ae Shin (Kim Tae Ri) and Kudo Hina (Kim Min Jung). They had their tragic situations but these women proved that you can't always be a victim of your situation. Your gender and status don't dictate what you can do for your country. Women can hold guns and women can run hotels. This drama was set in the 1870s when women's rights were not as extensive as what we have right now, but these two women weren't stopped by that.

(Source: Netflix Asia)
This drama that was shown last year is a drama about the doctors of Yulje hospital especially the five doctors who are best friends since medical school. This is a Korean drama where there are a lot of girl crushes to choose from. You have Dr. Chae Song Hwa (Jeon Mi Do) of neurosurgery, Jang Gye Weol (Shin Hyun Bin), a resident of general surgery, Chu Min Ha (Ahn Eun Jin), a resident of OB-GYN, Lee Ik Soon (Kwak Sun Young), a soldier, Song Su Bin (Kim Soo Jin), a nurse, and many more. Women can be surgeons, too. They can be great at their jobs just like men. But this drama doesn't only talk about careers women have in a hospital but also hardships women face as wives, mothers, sisters, and daughters.

(Source: JTBC Drama)
Hello, My Twenties or Age of Youth is a friendship Korean drama that premiered in 2016. This Korean drama with two seasons describes the funny yet strong friendship between the women of Belle Epoque. However, it tells a story about more than the women's friendship and how women are different. It tells how women sacrifice a lot even their dreams when it comes to their families. It depicts how women can be betrayed and hurt by the people that love them and how also they cope with the trauma that comes from this pain and betrayal.

International Women's Day may be done but it is not too late to celebrate being a woman and watch these dramas alone or with other women.

Happy International Women's Day to all women and enjoy watching!