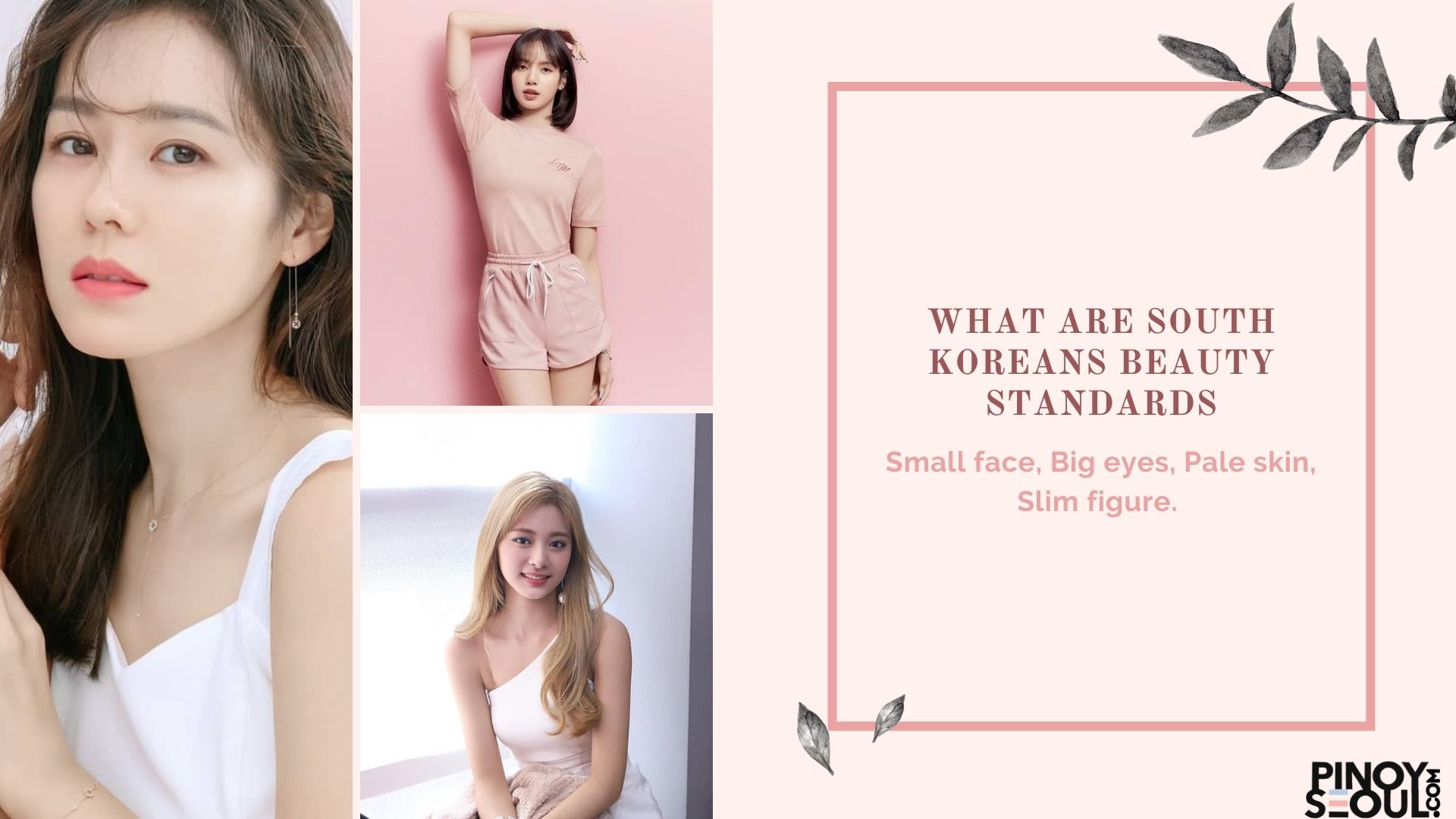 From pale skin to small faces, this is the South Korean concept of beauty. For thousands of years, Korean women have favored this standard of female beauty with remarkable consistency. This standard has certainly not been immune to the passage of time, and modern-day advancements such as plastic surgery mean that women can beautify themselves beyond the appearance given to them by nature. Nonetheless, scholars and scientists today reveal that there is an unchanging set of values that continue to define the Korean aesthetic. Thus, the art and stories that were passed down for hundreds and even thousands of years in the culture display a common thread when it comes to the ideal concept of female beauty.

In South Korea, big influencers are Korean idols and actors who are responsible for promoting the majority, if not the entirety, of South Korea’s beauty trends, standards, and expectations. While many of these trends have been influenced by South Korea’s own history of idealistic aesthetic standards, the influence of Western beauty ideals cannot be ignored. They serve as a glaring reminder of the immense power the West has in other parts of the world.

Having a small face is not a glamourized trait in western society. However, in South Korea, it is a reflection of true beauty. This is a delicate face with unpronounced jaw lines and a pointy chin.

Starting with makeup, contour plays a crucial role to portray the illusion of a smaller face. Contrary to western societies, where contour is aimed to accentuate cheekbones and jawline, in Korea, it is the exact opposite. As a result, many Koreans shade the outer line of their faces to acquire a more slender and smaller face. Being one of the biggest plastic surgery centers in the world, South Korea offers cosmetic procedures to achieve a V-shaped face. The procedure is called “v-line” and aims to shave the jawline to give the appearance of a more slim and minor face.

While tanning is a common practice among people in the West, pale skin is much more preferred in the east. Using ‘whitening’ products is a common practice in South Korea, as it is for African-Americans and other people of color. The importance of having a youthful, pale, and dewy complexion is reflected in South Korea’s cosmetic industry, which is ranked the tenth largest internationally. Skincare products trump makeup products in South Korea, which emphasizes the societal value of healthy, glowing skin. Many Korean men and women follow a long and tedious but rewarding skincare routine that may consist of up to 10 steps.

Facial features that South Koreans may not inherit naturally are composed artificially with plastic surgery. The most common procedure is ‘blepharoplasty,’ also known as double eyelid surgery, with ‘rhinoplasty,’ or nose job, following close behind. The aim of a double eyelid surgery is for the patient to obtain a defined crease on their eyelids, since many South Koreans have monolids.

Whether the origins of the double eyelid surgery stem from an American doctor or Japanese and Korean cultures, the history of the procedure is so intrinsically connected to South Korean culture that it would be an oversimplification to assume that the double eyelid surgery was created solely for the achievement of ‘Western’ facial features. Making this assumption only promotes a Eurocentric worldview and prejudice against the ‘other’ — in this case, non-Westerners.

South Korea holds one of the lowest obesity rates in the world. However, still many Korean women and some men are or want to go on diets. This is because holding a slim figure is highly praised and seen as a sign of beauty in Korean culture.

To achieve a slim figure many Koreans turn to a very strict diet. Dieting pills are also a common tool and are available in drug stores or if you have the ability to pay for the process you know you can just do plastic surgery. In the case of plastic surgery, liposuction treatments are a fairly popular choice to reduce weight. In particular, fat burning injections, made popular by Korean pop stars, are one of the most typical procedures to reduce body volume.

Though standards of beauty may vary from location to location, they play an influential role in practically every society and culture. Celebrities, too, help to normalize certain societal beauty trends through advertisements and media.

Overall, beauty standards are deeply rooted in cultural history. Depending on the country and region, ideal beauty patterns vary vastly and can create some cultural shocks. When we talk about beauty, everybody has a different perspective. Boys and girls also have different points of view. There is no absolute value that can be set as a standard in this case.