Part Two: Little Habits a K-Drama Binge-Watcher Might Have Developed

In less than two decades, we cried, laughed, and get stressed over Korean dramas. As I've stated in part one of this article, we might have developed little habits over time. I have already listed four, and for this part two, I'll drop another four.

Ssam is a Korean word for "wrapped." It is a technique where various ingredients are wrapped in raw or blanched lettuce or any other green leafy vegetables.

I, as a K-drama fan, have adapted the samgyupsal way of eating. Whenever possible, if the lettuce is served on the dining table (a cabbage is not an exemption), I can't refrain myself from picking a leaf and wrapping that small flake of fried or grilled fish, or a piece of chicken adobo, or a slice of pork hamonado, or even a chunk of beef steak!

Just a plain leaf with a piece of meat without any accompaniment is just as delicious as samgyupsal with ssamjang, garlic, kimchi, and more. As long as a piece of any kind of meat is wrapped in lettuce or cabbage, ssam is served!

Mannerism varies from person to person, culture to culture. Korean dramas, on the other hand, have been plainly displaying their cultural identities and the most adapted is bowing.

In South Korea, bowing is a way to show respect, greet hello, bid goodbye, and say thank you. In the Philippines, a bow is only offered before and after a stage or a class performance. Unnecessary but thanks to K-drama, some of us are now bowing when greeting someone, expressing gratitude, and to situations where respect is necessarily highlighted.

I'll share with you my little secret, I even bow to cars after crossing the street! (It's a Japanese custom, though).

Whenever I go grocery shopping, there was never a time that I would skip the Korean merchandise section. It's the only aisle where hearts would pop out of my eyes. Simply seeing "Hangeul" (Korean alphabet) on a ramyeon package and reading the "Made in Korea/Product of Korea" slogan makes me ecstatic.

Korean products is a holy grail to K-drama enthusiasts. Be it in the supermarket or in a convenience store, a food pack, or skincare, a "made in Korea" product was never out of the grocery basket. Acquiring them will always be cloud nine.

Even without translation, the majority of those who hear this know what it means. This might be the first word you might have learned even after watching only one K-drama series.

Kamsahamnida, saranghae, and mianhae were also the words lingering in your vocabulary for quite a long time and been spoken numerously. But did you know that the most spoken Korean words you can hear from a Filipino K-drama fan are "yah" and "aish"?

For a Hanguk saram (Korean person) to hear or read this, it sounds very rude. But for a Filipino who watched Koreanovelas for we-don't-know-how-long, it's their subconscious that's talking! They don't even need to think to spurt out "yah" and "aish." They just come out naturally!

"Yah" is like hey in English and "aish" is an expression you vent when you're upset and frustrated. Friendly reminder: If you are in the Philippines, both of these words are now spoken like a dialect so it doesn't matter whenever and to whoever you say that. But if you are in Korea, to play safe, never ever say these two words unless you want to be labeled, rude.
Additional words a K-drama fan often say: arasseo, jinjja, kajima, eomma/appa, oppa/unnie, hyung/noona, yeoboseyo, bogoshipeo, ne, aniyo, kaja, and micheosseo.

Every country, every region has its own cultural identity. And consistent exposure to a new culture might end us up developing some of it. We have witnessed so many foreigners who loved Filipino culture and we feel proud. It's one way of raising a flag with our head up high.

Just remember, our culture is who we are. 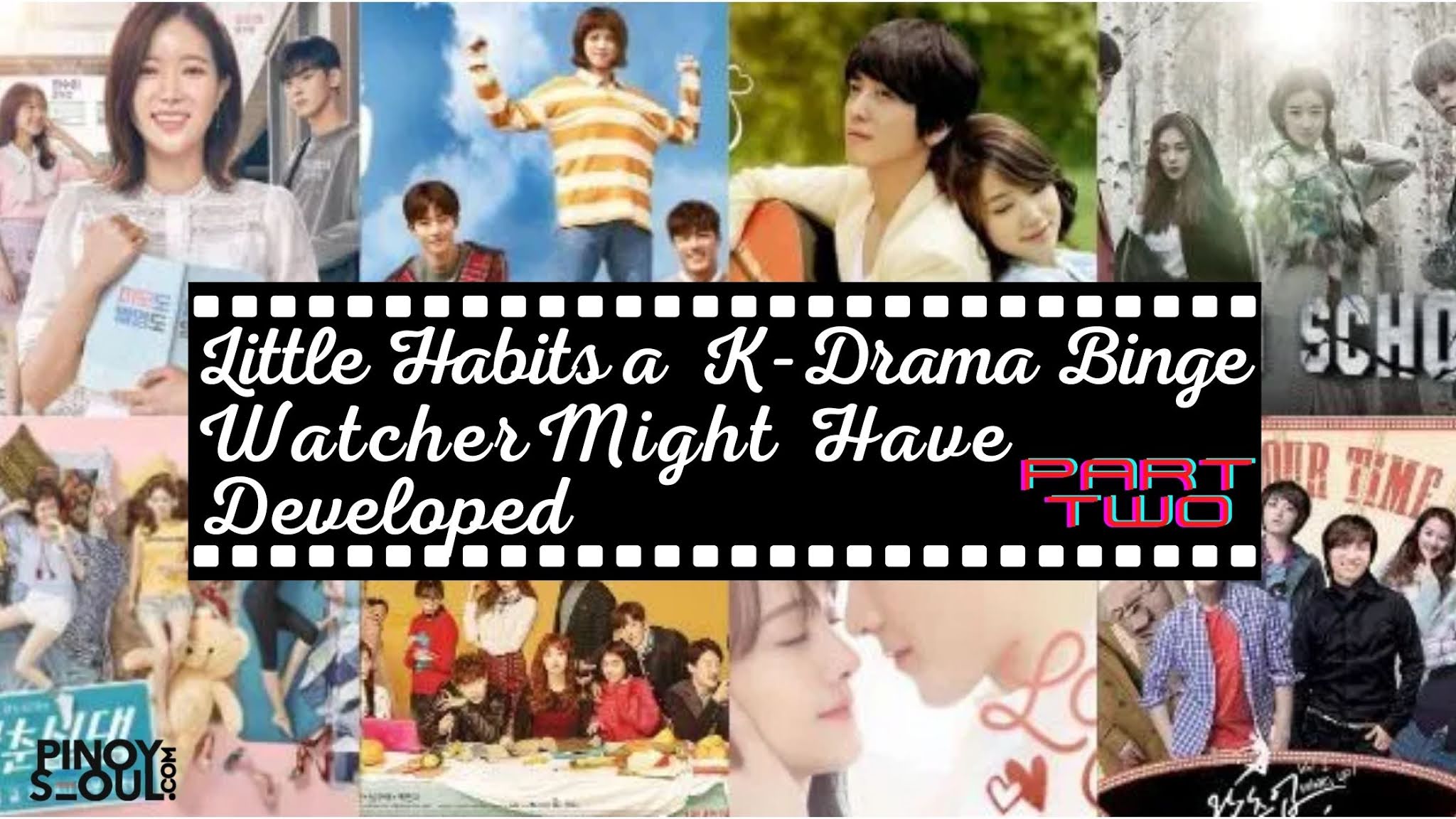