Part One: Little Habits You Might Have Developed After Watching Countless K-Dramas

Sleep is life but K-Drama is "lifer!"

Agree with me or not but "isang episode na lang" (one more episode) is not equal to sleep but is almost or equal to completing a drama series. And during those sleepless nights in the world of K-drama, you might have witnessed common scenes which represent the culture and lifestyle of South Korea. From bowing when greeting to bowing again when bidding goodbye, to chopsticks and kimchi on the dining table.

As Korean dramas keep ripping-off our time, we gain not only kilig from love stories, pain from heavy dramas, happiness from comedies, eye bags from lack of sleep, and wisdom from life lessons. But unconsciously, for some, we intently pick up small actions that we've seen repeatedly.

Here, I have listed some little habits you might have developed after watching a bunch of Korean dramas:

1. Do you want to eat kimchi? (Sorry, but it's not the ramyeon you expected.)

Kimchi is a staple Korean side dish that we've seen not missing on their dining table, and is almost always along with different side dishes in most Korean family households and restaurants. And a certified K-drama enthusiast can't be unfamiliar with this spicy, fermented cabbage full of spices and flavor.

We, Filipinos, also serve a side dish almost similar to kimchi called "atchara." But as the influence of K-drama grew bigger, kimchi was incorporated into the Filipino meal. Kimchi tastes sour, tangy, salty, spicy, and pungent that it goes well with fried or grilled foods, same as how we serve atchara.

Since Korean restaurants and supermarkets are not hard to find these days, anyone can easily buy a jar of kimchi or a pack of gochugaru to make their own.

While most Filipinos today eat using spoons and forks, the traditional way of eating is with hands. It was the customary way of eating prior to Spanish colonization in the 16th century.

But now, if you look at Filipino dining tables, especially with the younger generations, bare hands, and spoon and fork are not the only utensils used when eating. Pancit canton is now eaten using chopsticks! Spaghetti, bihon, ramen, and all long kinds of pasta are eaten using chopsticks! Why? Because long pasta is good food you can use to practice your chopsticks. And using chopsticks makes you feel like you are in Korea, eating with your favorite oppa/unnie in the same manner. Funny but true.

But it doesn't stop there! Should I guess that you also use a bowl (instead of a plate) for your rice and you hold your spoon the way Koreans hold their spoon, too? Well, maybe your eating utensils don't consist of plate, spoon, and fork but of bowl, spoon, and chopsticks, right?

3. Soju - A new alcohol in the Philippine drinking culture

Inuman (alcoholic drinking) has always been a staple in every celebration and is a vital part of the Filipino culture. May it be a happy occasion or a depressing incident, or with no reason at all, drinking always finds its way to gather Filipinos and serve its purpose.
Tuba, lambanog, and basi have long had a place in the local culture. Not to mention beers, gin, and rum you can easily buy in the nearest sari-sari store. But after the meteoric rise of K-drama in the Philippines, new alcohol was added — soju.
Soju is a clear, distilled alcoholic beverage in Korea and is very common in every — as in, every — K-drama especially after a heartbreaking or an overwhelming event where actors gather around the grilling pork belly, holding the green bottle, pouring it in a shot glass, and bottoms up!
K-drama addicts won't let it pass, will they? Well, soju is slowly becoming a part of the Filipino drinking culture. Either drink it plain, straight from the bottle, or in an experimented cocktail, the choice is yours!
술 마셔! 건배! (Let's drink! Cheers!)

"Hana, dul, set," sometimes up to "net," is commonly heard in a scene where taking of pictures take place, or in performance practice and many more. And consciously, we often use that phrase. But what does "hana, dul, set, net..." mean? Basically, it is numbers 1,2,3,4... in Korean.
The Korean language has two regularly-used sets of numerals, the native Korean system, and the Sino-Korean system. "Hana, dul, set..." is a native Korean number system.
In K-drama unfortunately, we seldom hear someone count straight from one to ten that's why "hana, dul, set, net..." has been easily memorized because it is often heard in most settings. As a beginner, you count "hana, dul, set, net, five, six, seven, eight...", right? Maybe right now you can count it straight in native Korean. If you still can't, let me drop it off for you.
Ready? Count! Hana, dul, set, net, daseot, yeoseot, ilgop, yeodeol, ahop, yeol. (하나, 둘, 셋, 넷, 다섯, 여섯, 일곱, 여덟, 아홉, 열). And now that's one to ten!
This is where I'll end part one of this list. Click here for part two!
다음에 또 뵙겠습니다. (I'll see you again.)
How about you? Have you developed any little habits that are not on this list? Drop yours in the comment section below. 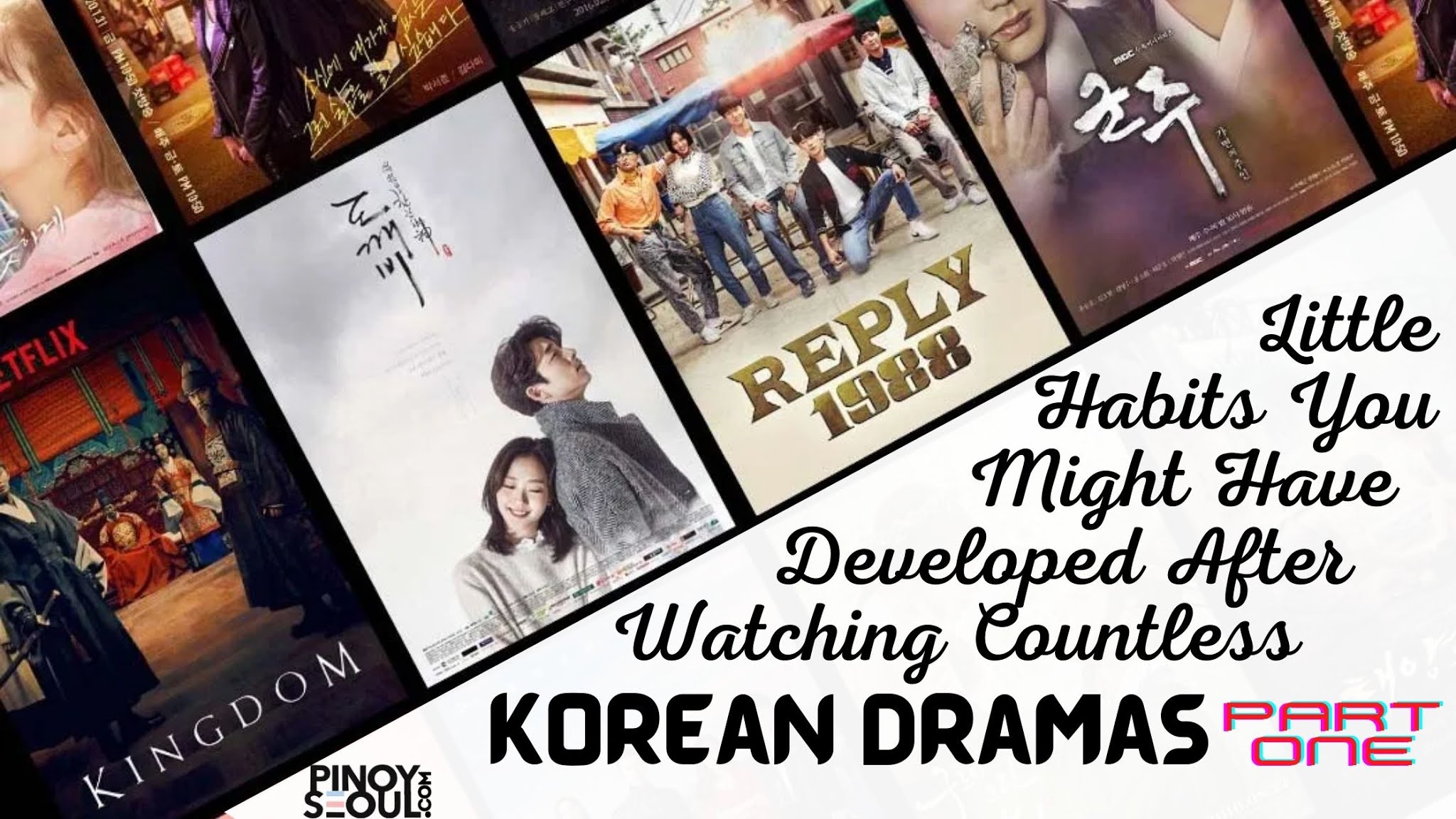