South Korea announced that it will invalidate short-term visas starting Monday. Also, it will temporarily stop visa waiver programs for 90 countries which bar entry of South Koreans due to the increasing number of Covid 19 cases coming from abroad.


The restrictions will take effect on Monday at midnight at the point of departure. This is according to the joint press release from the foreign and justice ministries.

This latest measure invalidates short-term visas issued to foreigners prior to April 5; which they would have to reapply free of charge. While those who are already in the country may stay until their visas expire. C-4 visa holders are exempted for they are sponsored for their specialized skills. Meanwhile, long-term stay visas are not affected.

Also, this will apply to 90 countries out of the 151 which banned entry of Koreans amidst the outbreak. This includes 34 countries with visa-free entry programs (such as Australia, Canada, Saudi Arabia and Argentina) and 56 countries with visa waiver programs (like most EU countries, New Zealand, Singapore, Malaysia and Thailand). Foreigners who wish to travel to Korea from these countries will now have to apply for visas.


This now only leaves a few countries with valid visa waiver programs; such as the UK, the US, Mexico and Ireland.

As of Thursday, total number Covid 19 cases from overseas is 861.

On April 1, South Korea has imposed a mandatory 2-week quarantine for all international arrivals. 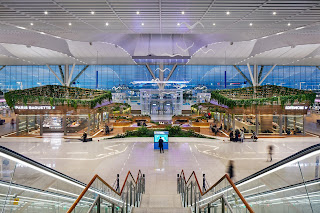