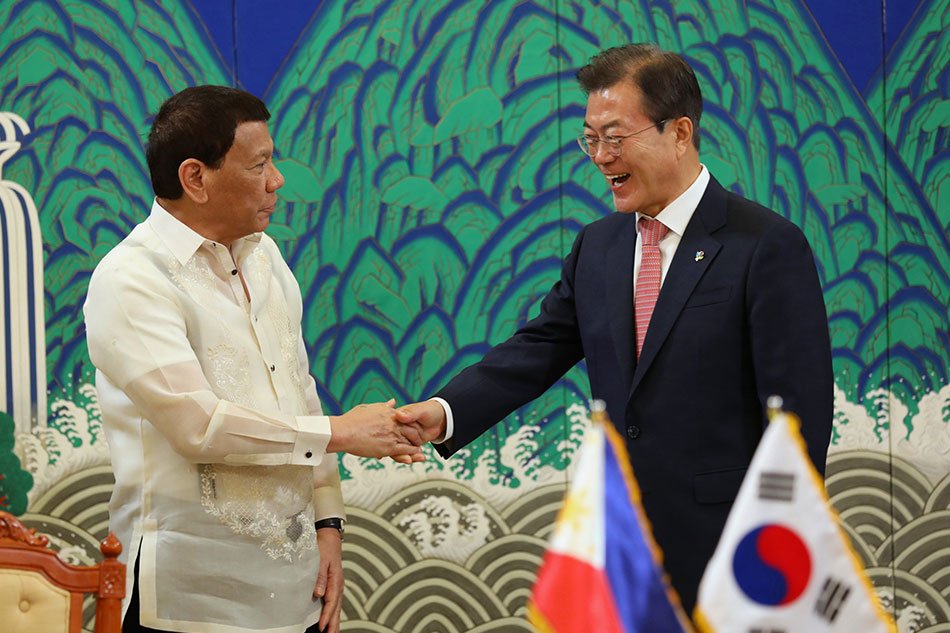 MANILA- The Philippines and South Korea are expected to sign 4 agreements during the bilateral meeting between President Rodrigo Duterte and Korean President Moon Jae-in next week.

"The negotiations are ongoing and we haven’t concluded our coordination about those agreements yet," she told reporters in Malacañang.

Duterte will fly to South Korea next week to attend the ASEAN-Republic of Korea Commemorative Summit, which will be held on Nov. 25 to 26 in Busan.

Earlier this month, Duterte also met with other Southeast Asian leaders and President Moon during the ASEAN Summit in Bangkok, Thailand.

Duterte's upcoming visit to South Korea will be his second since assuming office in 2016. It will also be his first time to visit Busan.

He previously traveled to Seoul for an official visit in 2018.