"Directors Showcase" of Filipino Films about Migration in Seoul

"Directors Showcase" in Korea International Film Festival 2019 is an omnibus of films from renowned Filipino directors with topics related to Korea and issues about domestic and international migration.

Free admission. To reserve your seat, fill up the form on this link:
https://www.koreapinoy.com/2019/09/ticket-reservation-for-directors.html

These are the films from the 7 renowned Filipino directors:

After almost a decade of waiting, Buboy's US immigration is finally about to be approved. Excitement has been causing his spirit to fly out of his body every night and travel to Disneyland.

The story follows the adventures of Luz, an OFW (Overseas Filipino Worker) who tries her luck in France as a domestic helper. The narrative progresses in the form of love letters addressed to her lover whom she left for greener pastures.

3. Saranghae My Tutor by Victor Villanueva

A film inspired by Koreans coming over to the Philippines to learn English from Filipinos through ESL academies/programs. At the core of the story is the possibility of a romance blossoming between tutor and student. Can love triumph despite the language barriers and intercultural differences?

A man left his country for the American dream, only to be driven to the edge by a relative who turns his dream into a nightmare. Living as an undocumented immigrant, he faces multiple challenges. One day, he makes a move that changes the course of his life forever.

A mother leaving her young son and daughter to take care of a 14 year old kid in the city. After 14 years she decided to go back home to a family that seems not needing her anymore. Starring Cinemalaya 2019 Best Actress and 2016 Urian Best Supporting actress Ruby Ruiz.

6. No Man is An Island by Nash Ang

A mockumentary cut of a film about a muslim terrorist group to behead two Korean tourists; a cult leader and a sex tourist. A fake documentary that presents how both terrorism and fraud religion manipulate the people for material and ideological aims.

What is it to be a “Pambansang Oppa”? Let Emman Nimedez show you how. 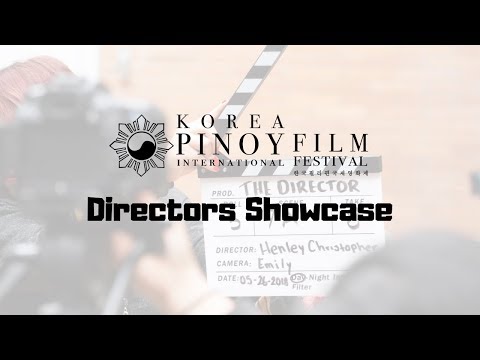