0 0 Nash Ang Monday, August 5, 2019 Edit this post
Submission of short films is now open for the upcoming Korea Pinoy International Film Festival 2019 (KPIFF 2019), the first Filipino film festival in South Korea. Any Filipino made short film with 5-15 minutes length is qualified as long as it has relations with Korea (Can be the story, actor, staff or location of the film) or related on the theme of “Migration”. Submission Period is from August 1 to August 31, 2019. 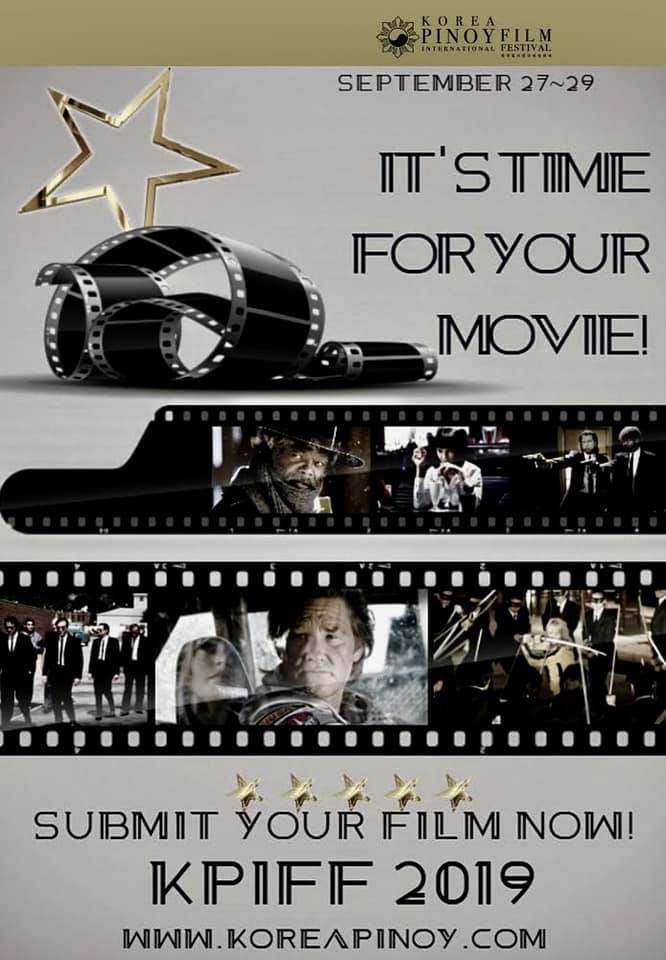 KPIFF 2019 is a 3-day event that will take place on September 27-29, 2019 at Arirang Cinema Center, Seoul, South Korea. The festival aims to celebrate the 70 years of Korea-Philippines bilateral relationship as well as commemorate the 100 years of Philippine Cinema as proclaimed by President Rodrigo Duterte.


Make sure you don't miss this chance to express yourself through film. For interested Filmmakers, send your application to our FilmFreeway submission portal or send your film poster and presskit (detailed info about the film, actors and production staff) to festival@koreapinoy.com. For more details about the festival, feel free to visit www.koreapinoy.com.

Finalists will be notified through on September 7, 2019.