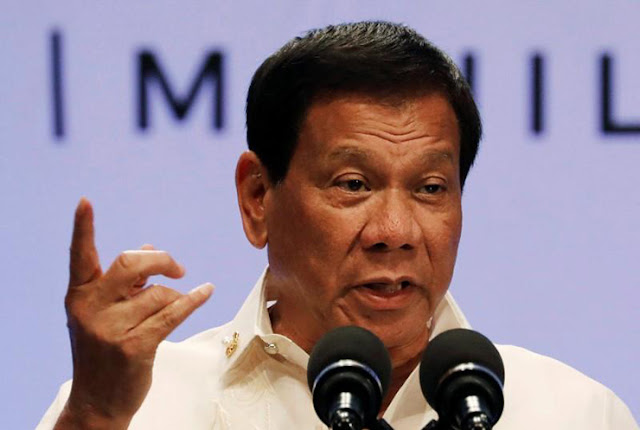 He will make an official visit from June 3-5 and hold a summit with President Moon Jae-in on June 4 focusing on trade, infrastructure and the defense industry, according to the presidential office.

Duterte will be the first head of state from the Association of Southeast Asian Nations (ASEAN) to visit South Korea since Moon took office in May last year.

The two leaders last met in the Philippines in November on the sidelines of the ASEAN+3 Summit and East Asian Summit (EAS).

"The government is seeking to expand cooperation with ASEAN," presidential spokesman Kim Eui-kyeom said. "The New South Policy is expected to gain traction on the back of Duterte's trip to Seoul and President Moon's March visit to Vietnam," he added. (Yonhap)