Prohibited things have their purpose, mostly to bring order to society. 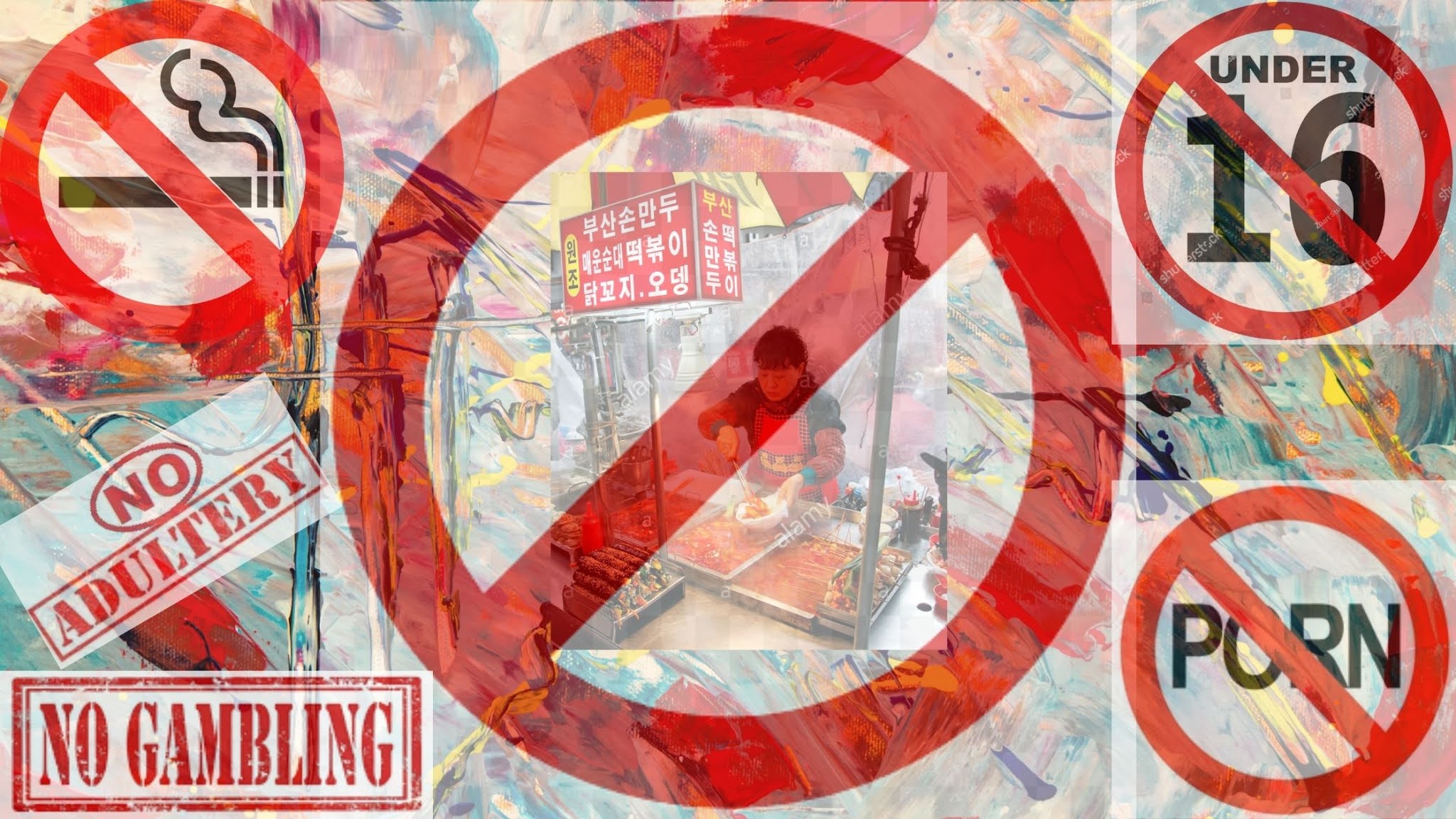 Smoking in public places in South Korea is restricted. It has a hefty amount of fine once caught. The law is enforced and made smoking in public illegal in the streets, bars, exits, restaurants, and subway stations.

Gambling, including casinos, is banned from South Korea and to Koreans as well. Foreigners who happen to visit South Korea are free to gamble and play at the casinos. But Koreans are not allowed to gamble.

Cinderella Law will be in effect when online servers detect 16-year-old individuals and under have access to Korean servers between midnights to dawns. That's when the Cinderella Law has been passed to prevent minors from sneaking into online gaming.

Indecent exposure of body parts is also prohibited in South Korea. Women who wear sheer tops, mini skirts, and low tops do not deserve disrespect and bad manners. People cannot harass women based on how they dress.

Pornography is illegal in South Korea, whether from magazines, posters, and videos distributed online. The purpose of this law is to reduce sexual crimes.

Adultery is punishable by law with two years in prison. The third-party individual is going to be punished by the law as well. However, a case in early 2015 saw the law overturned, with presiding Justice Park Han-Chul stating that “Even if adultery should be condemned as immoral, state power should not intervene in individuals’ private lives.”

Some street vendors are prohibited as well. The government of South Korea said that the loss of 24% of GDP  came from street vendors.

Every individual must abide by the law and stay out of trouble. Do not do anything that may harm you, your family, and others. Always think twice before doing anything that you think may violate any law, especially when a lot of people are involved in your situation.

“You must be the change you wish to see in the world.” — Gandhi