When I don't have any new episodes for Korean dramas to watch, I turn to Korean movies. My sister randomly sent the trailer of this movie asking for the title. Since I saw Sung Dong-il, I immediately Googled him and checked. Of course, I also watched it and here I am right now, sharing my thoughts about the movie.
Doo-seok or Seung-bo is a debt collector with his brother Jong-bae. While collecting debt from Myung-ja who was penniless at that time, Doo-seok took her child, Seung-yi as collateral. Eventually, the two became Seung-yi's guardian and they had a family-like bond. Photo credit: Cinema Escapist
From the trailer I watched, I knew it'll be fun to watch, and at the same time, I also know that it will make me cry a river of tears. I can't say it's a light movie and it's not heavy as well. It's actually great for a Saturday night chill movie. It made me feel more thankful and value what I currently have in life. 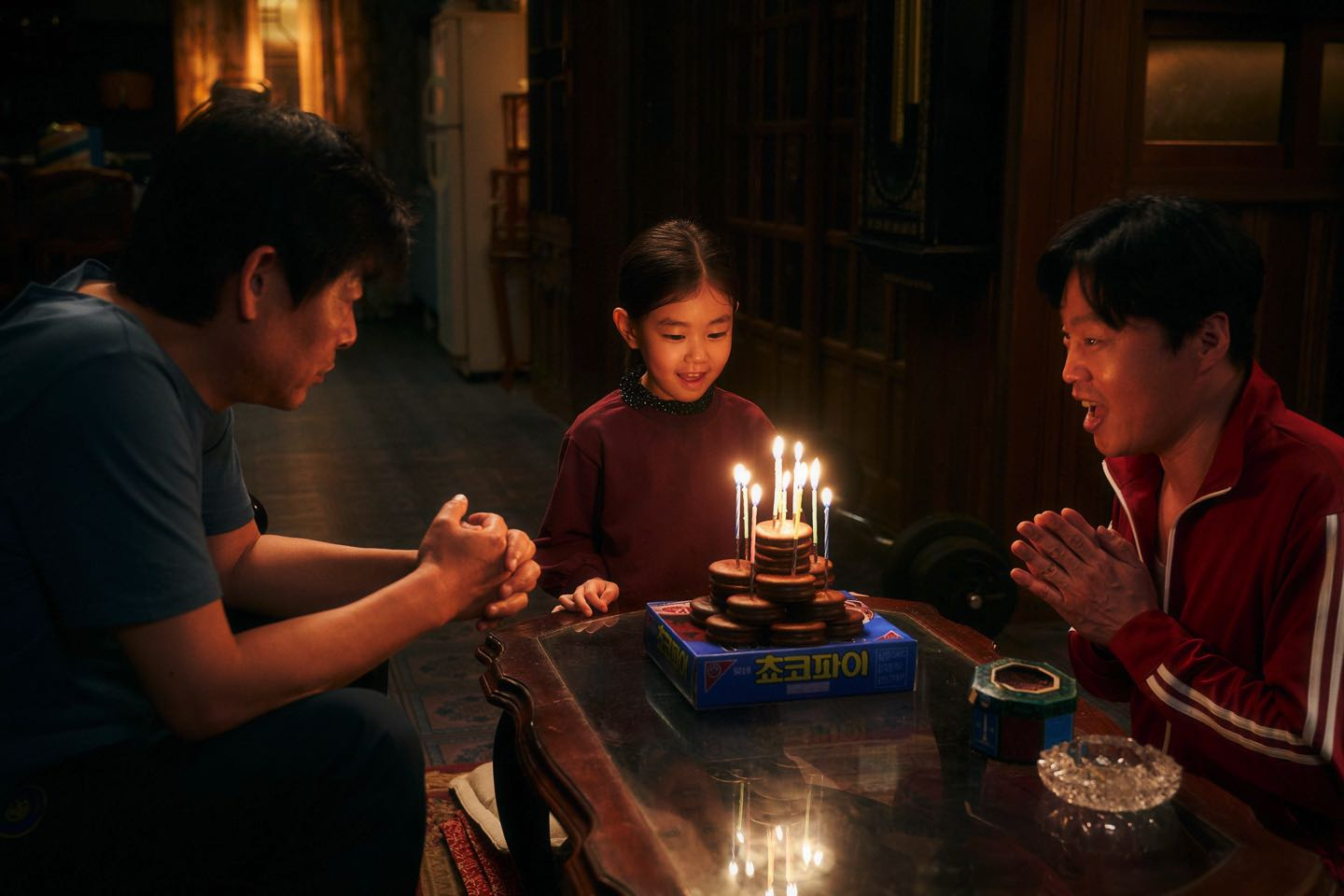 Photo credit: Cinema Escapist
Sung Dong-il is actually my second favorite actor next to Cha Seung-won. I knew from the get-go that it'll be a nice film since he was in it and my hunch wasn't wrong at all.
It was a great quality movie. It has a simple plot but since they acted out their characters so well, it made it irresistibly beautiful. Ha Ji Won was as great as ever. I wonder where she gets all the tears that come out from her eyes instantly. She's always amazing, no doubt!
Going back to the story, it revolved around how Doo-seok appeared to be a little hostile at first but turned into an angel later on. Well, we can't blame him. Anyone will instantly be mesmerized by how cute Seung-yi was. She is a smart, kind, and caring little child who doesn't let bad things that happened to her hinder how she will live her life. It's impressive. We should live like Seung-yi.
I also adore how Doo-seok and Jong-bae raised Seung-yi as their own child. It just shows how fathers can be as nourishing as mothers. This is actually a perfect movie to watch on Father's day! :)
The story became fast-paced in the middle. It just briefly showed how she grew up very well and how they happily lived till one day, Doo-seok got a call from Seung-yi's grandmother. I think this was the turning point.
I will never get used to the plots of Korean drama. When they're too happy, when everything goes well, suddenly, complications arise.
Spoiler ahead.
The most unforgettable scene for me was when Doo-seok brought Seung-yi to his real father. Seung-yi called Doo-seo and he started calling him "father" and said, "Why did you leave me here? Pick me up! Hurry!" And the other one was when Seung-yi and Jong-bae finally found Doo-seok in the hospital. I thought I can pretend I didn't cry, but I ended up having a runny nose from crying. LOL! 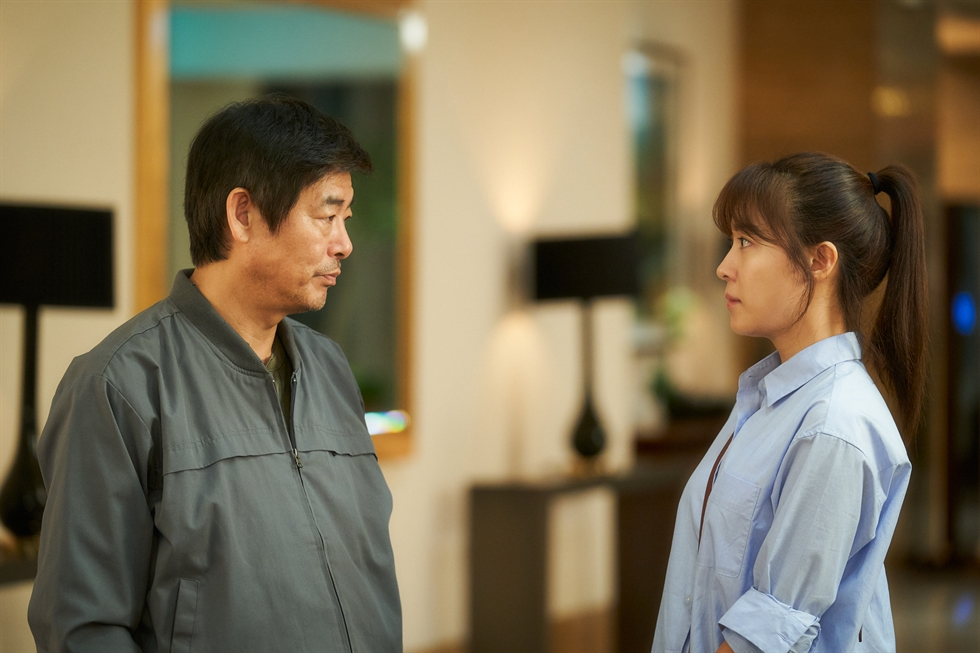 Photo credit: The Korea Times
Even I cried, it didn't feel heavy. Like I said, I felt grateful for what I have and I was in a surprisingly good mood. The director deserves recognition for this movie. It's amazing how he managed to execute it flawlessly. The actors and the actresses did a great job as well. Everything felt so natural without making me cringe. Kim Hee-won was also amazing! He's always great with his roles.
I didn't spoil much as I want people to watch it because it's like a hidden gem. It's a great watch with your family and friends. You shouldn't miss this one.
Share your thoughts in the comment section below if you've also watched it. ^^