0 0 Myka Louise Gamez Wednesday, April 7, 2021 Edit this post
KARD, recognized as the only active mixed-gender group of this generation in the Korean music industry has been constantly releasing fresh, trendy, and unique music that captures the heart of whoever listens to it. Their title tracks are always a hit every comeback and going beyond the expectations of both fans and critics. They kept on showing their overflowing talents onscreen and through their releases. Here are the top five eargasm-worthy b-side tracks of KARD!

This track will always make you feel like you are under the moonlight with their surprising vocals on this song. Originally meant to be their title track for their 2018 summer comeback, which was replaced by also a hit track from the "Ride on the wind.". Through this song, Jiwoo's soft vocals and high note stood out among the rest, each member has also shed a light on a newfound vocal prowess through this dreamy song.

They might be a mixed-gender group, but it doesn't mean women can't reign and have their own unit track on their mini-album. For their "Red Moon" tracks, this one is obviously the song you won't ever get enough of as female members Somin and Jiwoo are overflowing with vocal prowess, powerful moves, and charisma. Enemy is the song that will make your arch-nemesis your friend with this addictive song.

While we are at it unit songs, the male members also released a track as powerful as the female members unit track with their very own song that will wake up the beast in you and go all out with this song. BM and J.seph are known to always participating in producing and lyrics writing for their songs and this one is not an exception. Releasing their inner beasts and hidden out of this world high note rapping skills that would definitely heat you up like you were in an inferno but feels so good!

It is no secret that KARD is popular in Latin America and this song is a gift to the fans where they are the most popular. This song will make you feel good in a heartbeat with the Latin vibe and it's not just within the vibe of the music but the lyrics as well. The lyrics of the song aren't just in Korean but in Spanish as well. Dimelo which means "tell me that" in Spanish is truly a remarkable song of the group where intimacy and enjoyment of the members are seen through their choreography and expressions throughout the whole song. What a way to groove to a Latin-like song by a Korean group!

What great song would be produced by a mixed-gender group if the concept is academics but with a touch of sarcasm and untamed love? This sing co-produced by BM and J.seph will hit you to the core and make you dance all out with this bad-ass song that would trigger you to go with the beat and repeat the song in your head non-stop. You'll never regret listening to this song and feel the high school vibe with a mature side with it.
KARD may have released many hit tracks but their b-side tracks are no joke and can all be title track worthy for their unique yet trendy music and concept. This group is read to break the prejudices among artists in the industry and make their mark like it's no one's business just them breaking in the status quo. 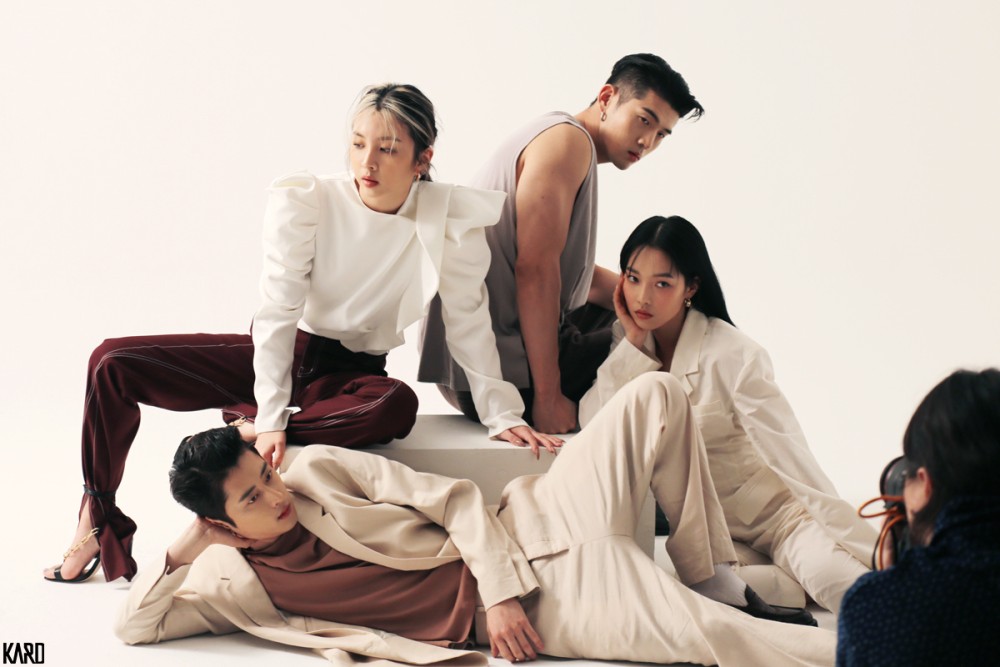