Sell Your Haunted House: Is it Worth the Hype? It was a rainy weekend, very unexpected during summer. It wasn't just rainy. There was even a super typhoon. This kind of weather calls for binge-watching in VIU or Netflix! Before I lose my internet connection and electricity, I already downloaded the first episodes of my chosen drama.
There’s a lot of new k-dramas to watch but I chose to start with 대박 부동산 (Daebak Butongsan - Daebak Real Estate) Sell Your Haunted House.

Sell Your Haunted House is about Hong Ji Ah (Jang Na Ra), CEO of a real estate company and an exorcist that only accommodates haunted house owners as their customers. They conduct an exorcism and make the building or a house "sellable" again with its proper market value. Oh In Beom (Jung Yong Hwa), on the other hand, is a con artist who uses ghosts to earn money. They eventually team up to solve Ji Ah's problem on how she can send her mom away. Her mom is a vengeful ghost living in her house/office.

Photo credit: Korea Portal
Like I always mention, the first two episodes of a drama are the make or break of all dramas. It's their selling point so it's always crucial.

The first few episodes were okay. I remember Hotel Del Luna, but Hong Ji Ah wasn't that fancy like Jang Man Weol. However, both love shopping. Ji Ah likes black and Man Weol loves colorful outfits, but the setting is almost the same. It's dark but fancy and creepy at the same time.

After watching the first two episodes, I still don't know where I stand. Will I keep watching it or not? I think the story is quite good. But, no hate. I can't feel Oh In Beom's character.
I am not quite convinced of Jung Yong Hwa's take on the character. It still might be early but this is just my opinion. I am not bashing him but yeah, it felt that way. (Please don't hate.)
Jang Na Ra, as usual, is on point with her character. I always watched her dramas and I don't feel like she was the same person, if that makes sense. For example, I watched her poor character at The Last Empress, and Oh My Baby, but you won't see any traces of that poor character with Hong Ji Ah. Hong Ji Ah is fierce and I actually love it. I honestly think she's the one who kept me watching till episode 2. 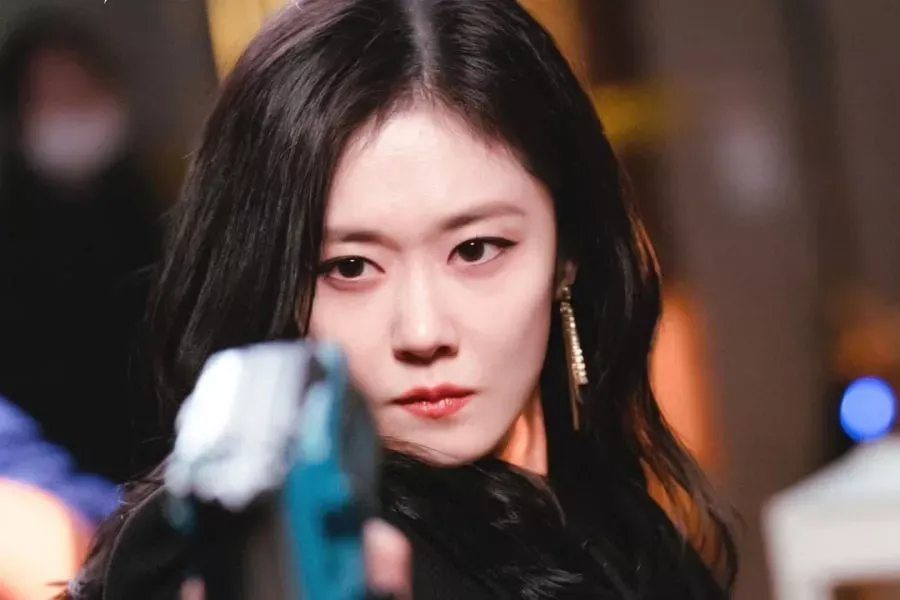 Photo credit: Soompi
Episodes 1 and 2 will briefly show you how their paths intertwined. I think the following episodes will be about betrayal while finding out how they were related or how they met 20 years ago. I feel there will be betrayal based on what I saw in episode 2. But I won't disclose here.
Will I keep watching it? I am still torn. But maybe I will since episode 2 left me hanging.
How about you? Did you watch it? Will you start watching it? Share your thoughts in the comment section below.

EPS TOPIK,76,Event in Korea,102,Event in Philippines,23,Feature Article,32,Filipinos in Korea,52,K-Culture,25,K-Music,49,Korean Shows,45,Latest News,98,Sponsored,6,Travel & Food,55,
ltr
item
PinoySeoul.com: Sell Your Haunted House: Is it Worth the Hype?
Sell Your Haunted House: Is it Worth the Hype?
https://1.bp.blogspot.com/-lJUJaDsBClc/YH57hjsuWFI/AAAAAAAACME/MozteFGywc4fcvktQWgQ8k4MLMqHWGd3ACNcBGAsYHQ/s16000/Pinoyseoul.png
https://1.bp.blogspot.com/-lJUJaDsBClc/YH57hjsuWFI/AAAAAAAACME/MozteFGywc4fcvktQWgQ8k4MLMqHWGd3ACNcBGAsYHQ/s72-c/Pinoyseoul.png
PinoySeoul.com
https://www.pinoyseoul.com/2021/04/sell-your-haunted-house-is-it-worth-hype.html
https://www.pinoyseoul.com/
https://www.pinoyseoul.com/
https://www.pinoyseoul.com/2021/04/sell-your-haunted-house-is-it-worth-hype.html
true
1152873755750876729
UTF-8
Loaded All Posts Not found any posts VIEW ALL Readmore Reply Cancel reply Delete By Home PAGES POSTS View All RECOMMENDED FOR YOU LABEL ARCHIVE SEARCH ALL POSTS Not found any post match with your request Back Home Sunday Monday Tuesday Wednesday Thursday Friday Saturday Sun Mon Tue Wed Thu Fri Sat January February March April May June July August September October November December Jan Feb Mar Apr May Jun Jul Aug Sep Oct Nov Dec just now 1 minute ago $$1$$ minutes ago 1 hour ago $$1$$ hours ago Yesterday $$1$$ days ago $$1$$ weeks ago more than 5 weeks ago Followers Follow THIS PREMIUM CONTENT IS LOCKED STEP 1: Share to a social network STEP 2: Click the link on your social network Copy All Code Select All Code All codes were copied to your clipboard Can not copy the codes / texts, please press [CTRL]+[C] (or CMD+C with Mac) to copy Table of Contents