Employment in South Korea Amid the Pandemic 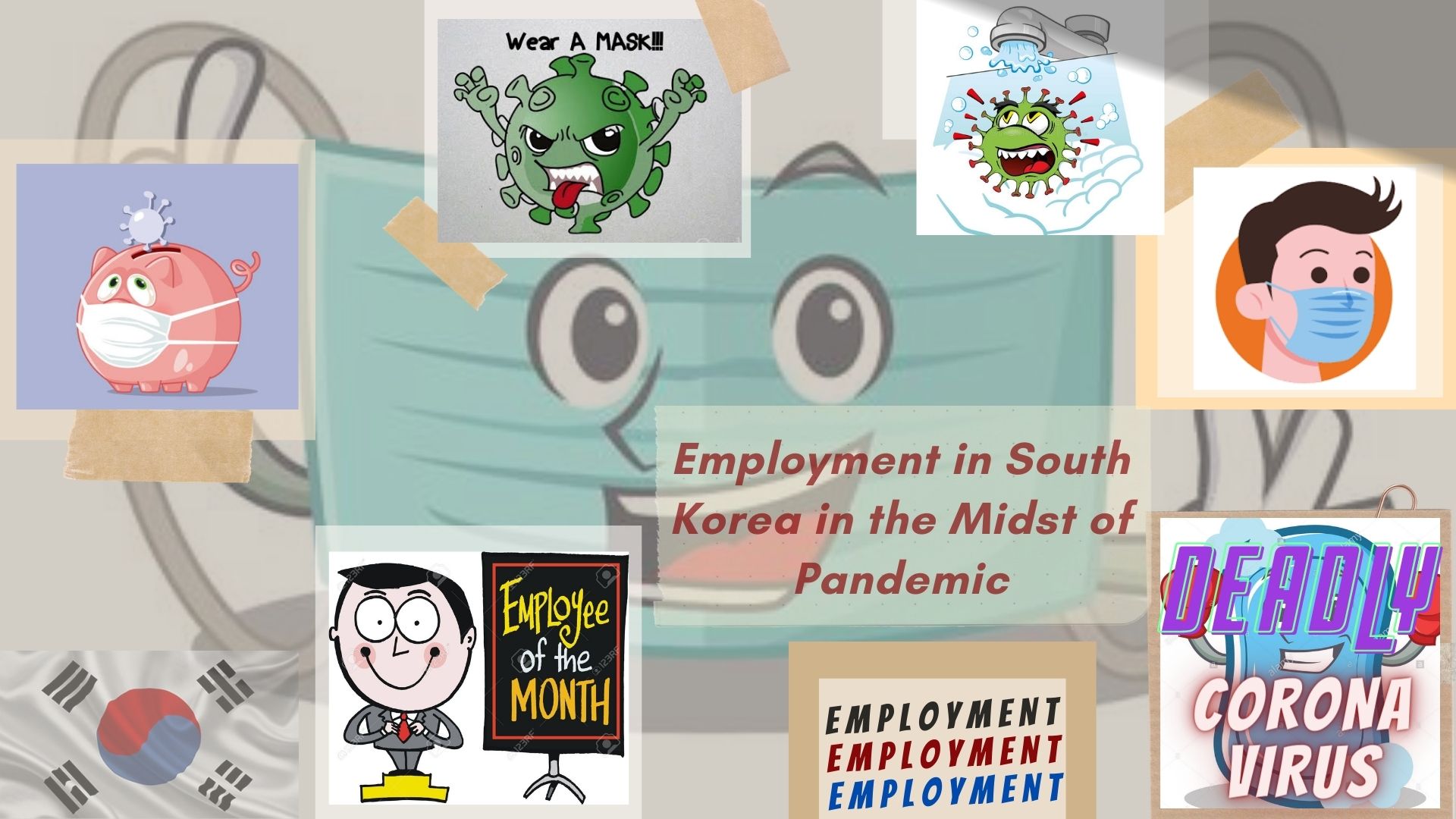 The COVID-19 pandemic suddenly came upon the world and with no sign of stopping. The pandemic affected all types of industries. Schools, universities, restaurants, banks, factories, and the manufacturing industries all over the world temporarily closed.

According to Sam Kim (Bloomberg, February 10, 2021): “In January, the sector combining retailers, wholesalers, restaurants, and hotels was hit hardest with 585,000 job losses from a year earlier. More than 340,000 positions were shed in a sector that includes public service as the government’s job-creation measures expired before a new start. Manufacturing lost 46,000 jobs.”
South Korea successfully flattened the curve by strictly implementing precautionary measures and protocols. Because of these effective measures, South Korea continued to run the manufacturing industries and other infrastructures that highly contribute to the economy. Employment in South Korea became distant to applicants especially those who are under the manufacturing sector.
According to Myungji Yang (Social Science Research Council, January 21, 2021): “In the early stages of the Covid-19 pandemic, South Korea was often hailed for its success in taming the spread of the virus through the use of ICT technologies that facilitated rapid tracing and notification of those who had encountered individuals who had tested positive”

In the midst of the pandemic, it caused serious problems than expected. Some people across the country lost their jobs because of the risks accompanied by this virus. A lot of people died, starved, and became isolated. As a response, South Korea strictly imposed preventive measures such as social distancing, wearing of masks, and face shields at all times in public places. Health campaigns on proper handwashing and vitamin intake to protect people from the deadly virus were heavily conducted. Vaccination programs have begun as well.
All these and more affected not only South Korea but the whole world in a way that will never be the same again. The prospect of finding a job looks dim not only in this country but globally, too, as the pandemic continues. Everyone can only hope for a better career outlook to come very soon.