Beliefs of people are conviction or acceptance that what they believe is true and have faith in it. Many of us tend to disbelieve a thing if something bad happened. 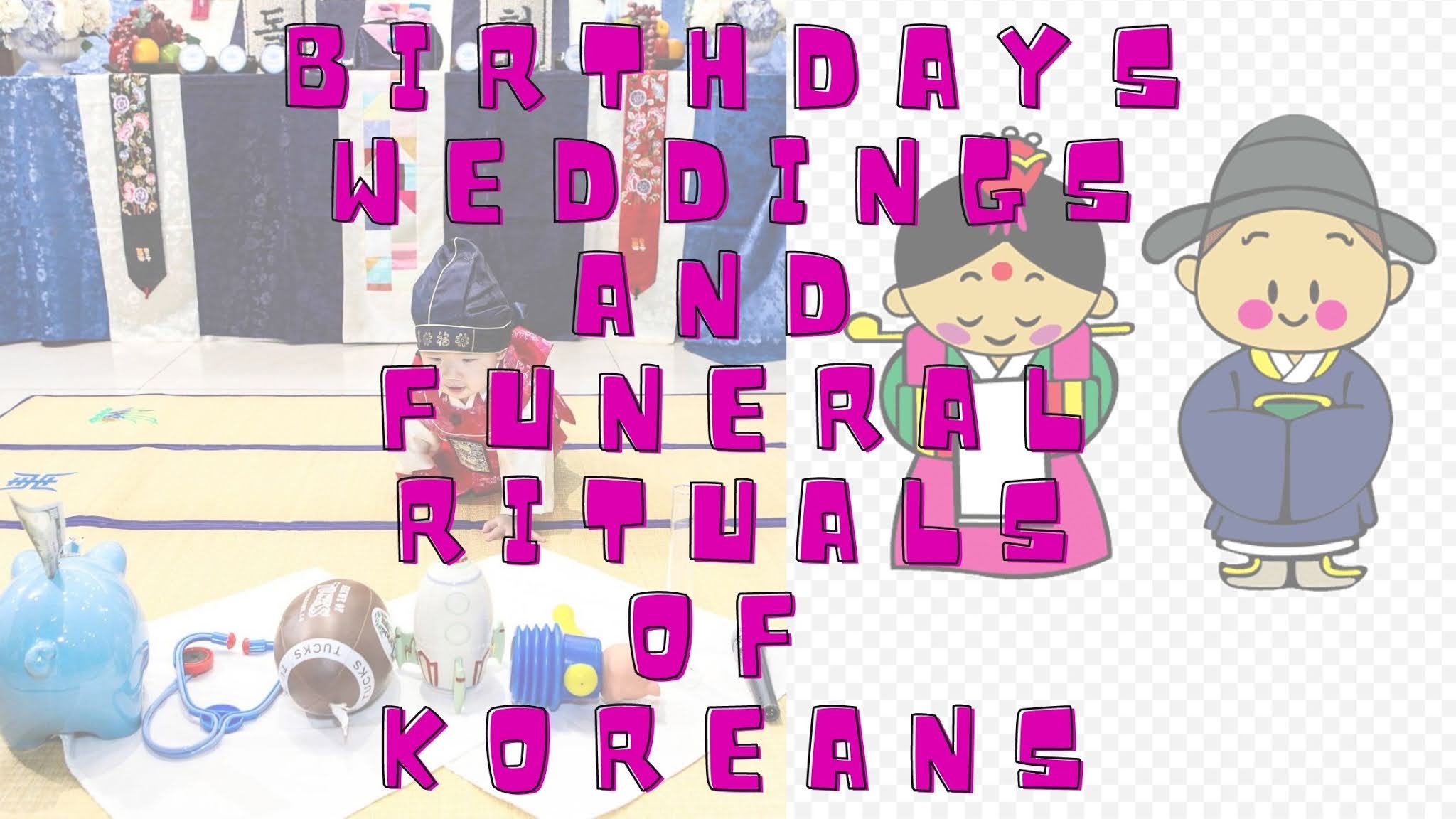 One hundred days after the baby was born, parents of the child bring their family and friends to celebrate the child’s 100 days. It is considered as the child’s birthday once he/she reaches 100 days of life and may have a grand celebration. Koreans make grand celebrations once an adult individual reaches his/her 60 years of life, it is called the hwangap or hoigap. In most cases, the celebrant’s child is responsible for inviting their families and friends.

A wedding can be intimidating. Weddings in the Korean way are grand and must happen in a wedding hall. People who are invited to the wedding are served food. After the ceremony, the bride’s wardrobe will be changed from her white grand gown to traditional Korean attire, and she must pay respect to the parents of her groom by bowing before them.

Observing Confucian traditions, most Koreans do the rituals for their dead loved ones by preparing and serving food on the dining table, reminiscing the dead one by giving respect through bowing of heads. These rituals are carried out on the anniversary of a dead person.

Koreans believe that they are still serving and protecting their ancestors by doing these rituals in exchange, their ancestors will give protection, guidance and will be given prosperous life.

"Faith is unseen but felt, faith is strength when we feel we have none, faith is hope when all seems lost." - Catherine Pulsifer