2 Days 1 Night: My Nine-Year Journey as a Fangirl It was one late night in 2012 when I decided to browse through the cable TV channels and found KBS. I wasn't a massive fan of K-drama or K-variety shows back then. I just watched 2 Days 1 Night out of boredom, and guess what? I started to watch it every Sunday on KBS! I anticipated its broadcast every Sunday and I even watch reruns every weekday. That's how addicted I have become.
I started watching season 2 and I don't know any members yet but I totally enjoyed the games, the sights, and the foods featured. I also started to crave for something I knew I can't have back then.
It's already season 4 and I still love them the same way as the first time I accidentally found them on TV.
Each season has different charms and bonds, and I love all of them. There's nothing to compare as they all stood out because of their unique charms. Though season 3 didn't end well, I will always remember each member. (This is a quote from Kim Jun Ho in season 3.)

I love how 2 Days 1 Night does its best all these years to feature what to love in South Korea. It's like you're on a virtual excursion each episode. They'll make you happy with their games. They will make you hungry with the food they eat. You can learn something from their culture and history, and they will make your heart flutter and drool over the spectacular views. It's learning about Korea and enjoying it at the same time. Who wouldn't want that?
If someone's going to ask me who my favorite member from season 2 to season 4 is, it will always be Kim Jong Min. In season 2, my second favorite was Sung Si Kyung. In season 3, it was Cha Tae Hyun and in season 4, it's Kim Seon Ho.

2 Days 1 Night is also one of the reasons why I work very hard and save up for a trip to South Korea. After being a fan for four years, I decided to finally visit South Korea and be at the places they featured in the show. When I visited the country in January 2016 for the first time, I went to Gyeongju, Busan, and Seoul. I made sure to drop by at KBS as well.
I went to Busan because they went to Gamcheon Culture Village. I was impressed so I made sure to visit it. Look at what I found! This kind of thing makes my heart jump for joy! I also made sure to take a photo in front of KBS where they always do their opening chant! These are the season 3 members, by the way. 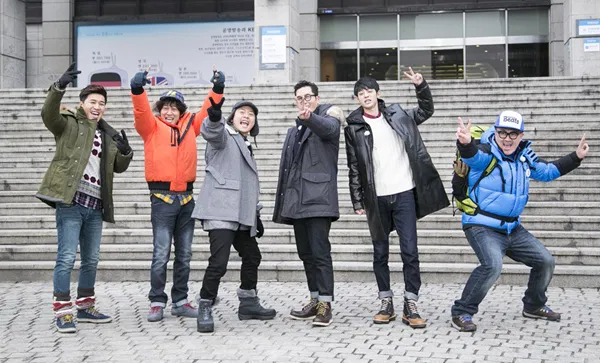 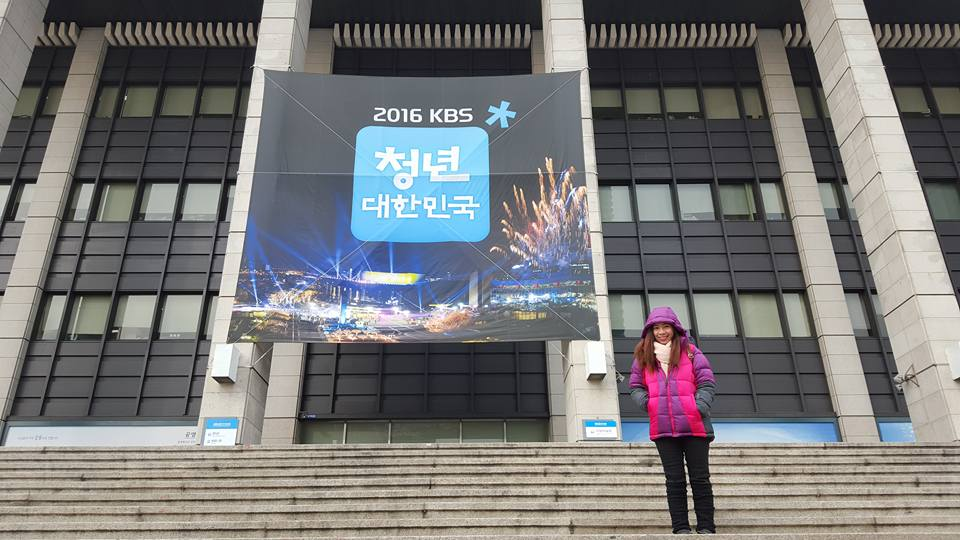 I brought some dates from the UAE to give to the members at that time. I was not sure if it reached the members because I left it at the reception desk. I addressed it to Kim Jun Ho.
I wasn't able to catch them on my first visit but I made sure to at least have a photo with their hologram, poster, and cut boards. 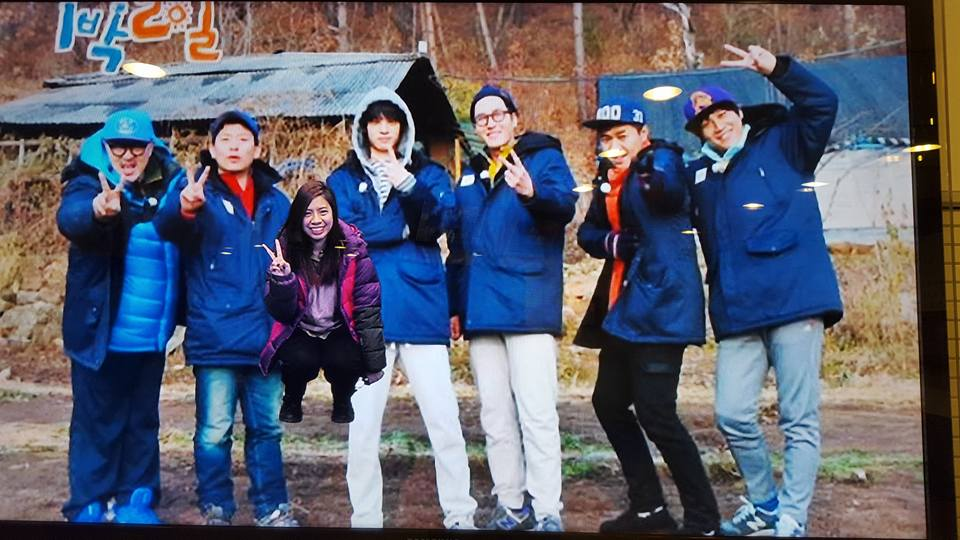 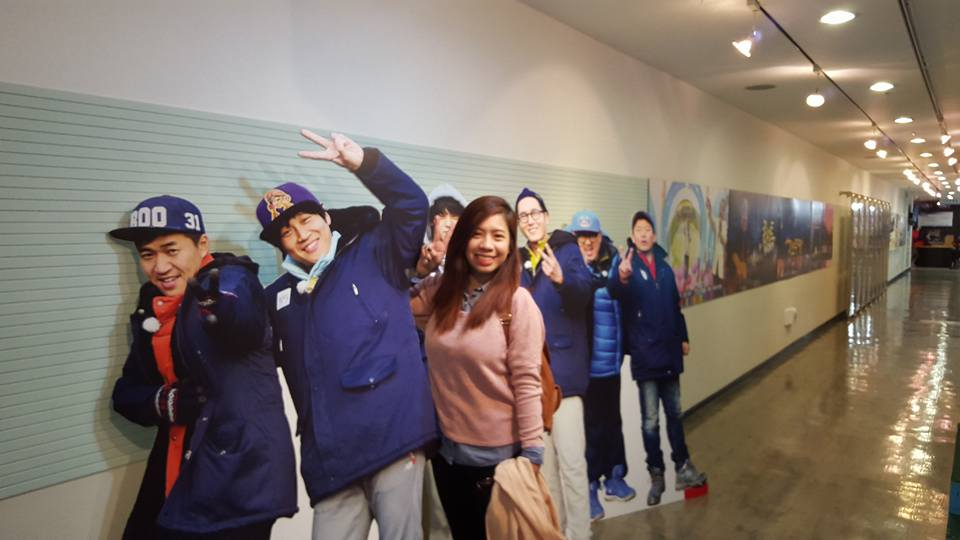 On my second visit in June 2016, I wasn't able to go to KBS but I sent a package to them again! LOL! And again, like the first time, I had no idea if they got it or not. That time, I addressed it to Kim Jong Min.
One of the purposes of this sudden visit was to learn more about Korea's history. Since I watched the episode where they went to Harbin and discussed how An Jung Geun saved Korea, I felt like I want to learn more from it. I don't know where to start. But during my visit, I got lost and found myself in the War Memorial of Korea. There I found a bit of information about An Jung Geun. I am not a Korean but I felt the sense of pride they felt when the members were in Harbin.
During my second visit too, I went to Daegu, Jeju, and Chuncheon where they also visited. I went to Daegu because I enjoyed season 2's episode where they toured different universities to conduct a scholarship battle. I visited Jeju and Chuncheon because they went there a lot of times, too.
Since then, I went to visit Korea every year hoping that I will somehow catch them filming. That's also the reason why I only aim to visit provinces and only have short stays in Seoul. I am still unlucky up to date, but I will never give up!
From time to time, I would see their "footprints" from the places I visited. This photo was from a food stand in Geoje. I was caught off-guard. My husband just showed me this because he knows how I love 2 Days 1 Night. I was so happy to see this.
I also went to Boseong, Gwangyang, Suncheon, Gapyeong, Uiseong, Paju, Pohang, Yeosu, and many others. Sometimes I feel like I already went to all parts of Korea but still unsuccessful in just getting a glimpse of them in real life. I only need one photo with them, please. Can someone help me? I am desperate! LOL.
The most memorable places that I visited where they visited too, was Pohang and Gyeongju.
Here are some of my photos from Gyeongju. Here are photos from Pohang. In season 3, I remember when they let their fans join them for a day. All that was required is an audition video. Unfortunately, I wasn't able to join because I also had to go to Korea at that time for my father-in-law's 70th birthday. I was newlywed and as a daughter-in-law, I felt like I had to be at his birthday. Apparently, the 70th birthday in Korea is a big event, and all family members should be present. Anyhow, the taping should be in July and my father-in-law's birthday was in July, too.
Moving on, my journey as a fan has been always memorable. Through this show, I fulfilled a dream. Though I haven't personally met the members yet, being in the same place they've been and having eaten the foods they ate in the show, satisfied me.
I will never stop exploring Korea because of them. I already have a new targeted place to fulfill when the pandemic is over. I watched how season 3 explored Ulleungdo. Since then, I have been aiming for that island, but since it's quite hard to go there, I set it aside and forgot about it. The urge came back when season 4 members went back there! How can I have the guts to forget how beautiful the island is?
2 Days 1 Night will always have a special place in my heart that no other Korean variety show can replace. Is it also your favorite variety show? Share your fangirl experience in the comments section below.