SHINee’s Back with a Bang!

0 0 Myka Louise Gamez Wednesday, March 3, 2021 Edit this post
They are back! SHINee is Back! One of the best boy groups from the second generation of K-pop has finally come back as a group after three years of hiatus due to the military enlistment of three out of four members. The group swept not just South Korea but the world as well since they debuted their catchy songs and unmatched charisma and talent. They shine brightly whenever and wherever they are just like their name. As one of the few second-generation groups still active today, it is fascinating to see how they can still captivate the hearts of their fans and new fans who can’t resist the group’s undeniable presence.
Throughout the years, their fans and K-pop fans have seen their growth and struggles as idols and as an individual. They are also one of those no-filter idols. They would always blatantly say what they want to say and tease each other in a way brothers would. They always stood out with their witty personalities that fit perfectly with variety shows. As they slowly engraved their name and mark on the industry, they embark on making their talent known to the world as each of them has started solo promotions without hindering their bond as a group.

Now after three years, they have finally come back as a group with another addictive song that captures their mature and dark side. In the past, they have released many addictive songs cause once you hear them you’ll never get them out of your system. Some of their most addictive, and at some point controversial songs, are Ring Ding Dong, Lucifer, Sherlock, View, etc. SHINee won’t be SHINee without their diverse concept and unique sound. They came back with their seventh album entitled “Don’t Call Me” as their title track along with eight other songs namely “Heart Attack," “Marry You,” “Code,” “I really want you,” “Kiss Kiss,” “Body Rhythm,” “Attention,” and “Kind.” These will surely catch the hearts of their fans again and again.

To watch their newest release, kindly check the link below! 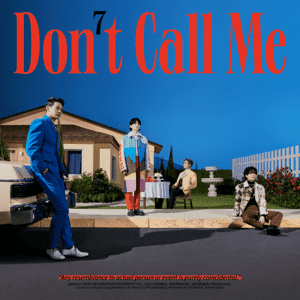