Penthouse: Is it Worth the Hype?

0 0 Dee Lee Monday, March 1, 2021 Edit this post
Penthouse was on fire during its airing period, and I must say that it’s a show I look forward to every week. Not just for me, but I think for every K-drama fan out there. I’m not familiar with the other casts except for Eugene and Shin Eun Kyung, but there’s something in the drama I can’t get enough of. 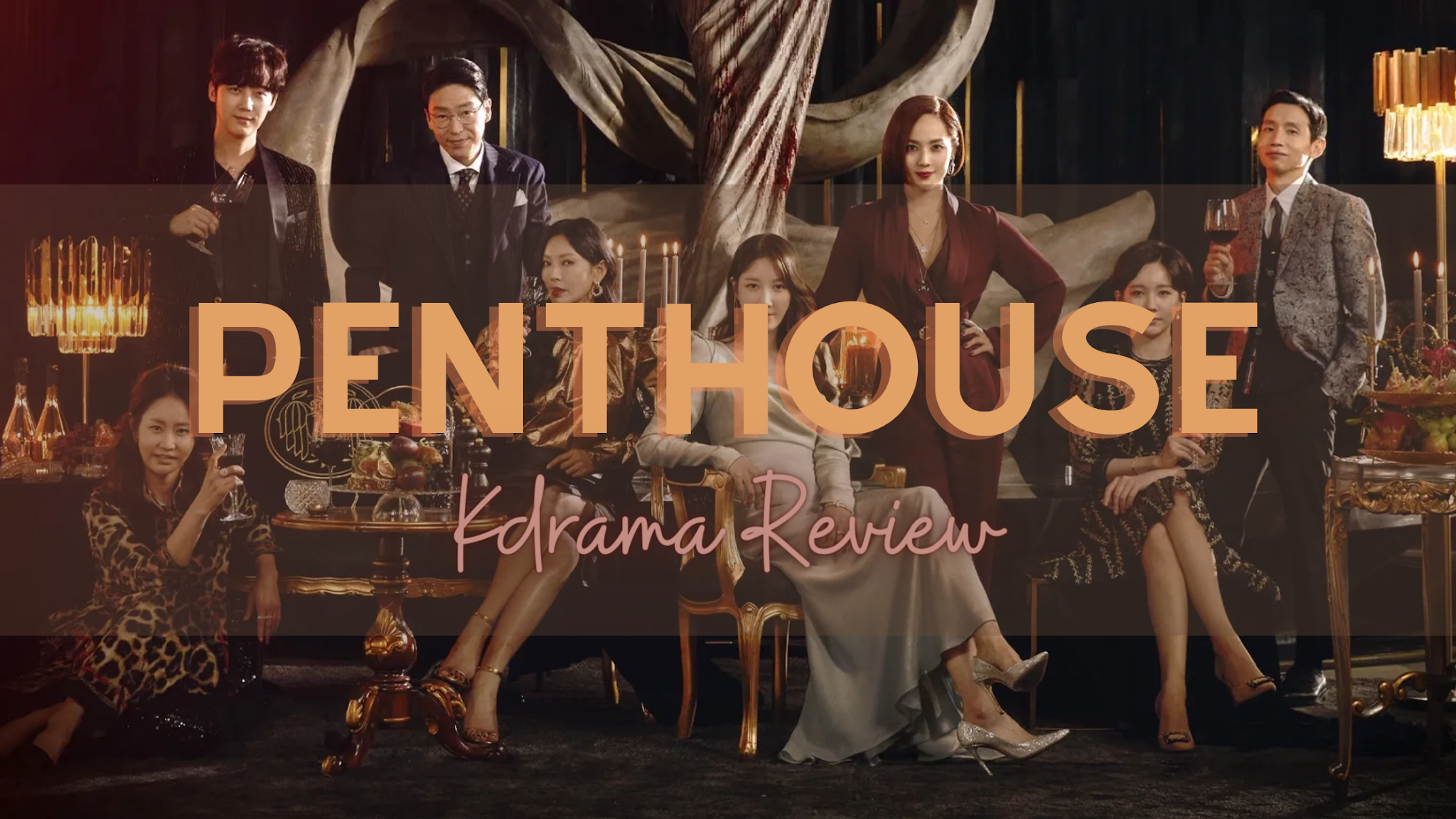 I have been a fan of Korean dramas for nine years, and this is the first time I endured watching a nerve-racking drama. The World of the Married Couple’s stress can’t beat what I’ve felt in this drama. I also thought that the stress I’ve felt while watching this could’ve been the kind of stress I’ll also feel if I continued watching Sky Castle and if I didn’t skip stressful scenes in The Last Empress.

Yes, I confess. Don’t judge me but I only watch stressful Korean dramas that way. If I cannot handle the overwhelming emotions, I fast-forward it or skip it, but Penthouse is entirely a different story. You’ll miss a lot if you blink! I don’t have a choice but to watch the entire stressful scenes. Small hints are everywhere so don’t be fooled!

Massive spoilers ahead, don’t read if you haven’t watched Penthouse yet.

You won’t know who’s actually the lead in this drama. At first, I thought it was Oh Yoon Hee but in the latter parts, I felt that it was Cheon Seo Jin but towards the end, it was really Shim Su Ryeon. Every single scene is stressful. My friends would text me and say, “Laslas ka na lang girl, stress ‘to sobra!” (In English: Kill yourself, girl. This is truly intense!)  The way the writer portrays how greedy each of the cast is in their own way makes you want to break into the TV and smack them on their heads.

Joo Dan Tae is a living human lucifer. I felt like he always wakes up each morning and always chooses to be aggressive. No one can read what’s going on with his mind. He’s sly. I even thought that he’ll be serious with Oh Yoon Hee but oh well! I also kept wondering why he killed Shim Su Ryeon’s husband. Is it because he cannot accept the fact that someone rejected him or he loves Su Ryeon that much? I was left puzzled until the end. I was like, was he really that wicked? Is there really someone out there in the real world that acts like him? Oh no, I can’t imagine how dreadful it will be. How did the writer smartly come up with his character? I still have a lot of questions in my head.

Logan Lee is my favorite character. He’s like a knight in shining armor. He even resembles Tado so I had a feeling that his character would break off the tension; but little did I know that his character will make the drama complicated. I felt so frustrated when Su Ryeon and Logan were still clueless about each other. It’s like they’re trying to kill each other without knowing that they’ll find comfort with each other as well. That was crazy! Every scene was like, damn you two! Do your proper research! You have a lot of money!

Supporting actors and actresses did their parts well. Their effective acting makes you despise every scene. Before I even forget, the children of Hera Palace are as disgusting as their parents. I honestly want to gag them most especially when they kept bullying Min Seol Ah. Oh, that poor child! It made me wonder if that kind of bullying does exist in real life?

I hate Bae Ro Na as much as I hate Joo Dan Tae. Why? She’s the typical brat of an average household. She wants to have everything even though she knows they can’t afford it. I think Yoon Hee became crazy because of her daughter’s greed. Anyway, without Ro Na’s selfishness, I don’t think there’ll be a complicated story like this.

Penthouse will play with your mind and emotions until the end so you should never put your guards down. That’s what happened to me when Yoon Hee and Su Ryeon were getting along so well not knowing that Yoon Hee was the one who killed Seol Ah. Damn! I was left shocked to the bones!
To sum it all up, I'll definitely recommend this Kdrama and YES, it's worth the hype!
It’s only a great watch though if you have strong mental health, otherwise, just watch True Beauty or Mr. Queen. I have weak mental health so I watched it with Mr. Queen as a neutralizer or else I will be left depressed. LOL!

Since we're on the topic, Penthouse 2 is currently airing and the first two episodes were impressive. It's still unpredictable and every turn of events is shocking. My thoughts were always "How did the writer even think of that?". You won't be able to afford to blink because you'll miss so much!

I’d love to hear your thoughts about Penthouse! Were you also left mad or crazy? LOL, I feel you.
Comment your rants below and I'll gladly comfort you all the way!

EPS TOPIK,75,Event in Korea,102,Event in Philippines,22,Feature Article,29,Filipinos in Korea,52,K-Culture,22,K-Music,41,Korean Shows,37,Latest News,97,Sponsored,6,Travel & Food,52,
ltr
item
PinoySeoul.com: Penthouse: Is it Worth the Hype?
Penthouse: Is it Worth the Hype?
https://1.bp.blogspot.com/-4FVAiF0frpY/YDT1pPg2-7I/AAAAAAAAB_M/G2JDPXHkBQMZpm3XTt99PyQY-78tXNEpgCNcBGAsYHQ/s16000/Penthouse.png
https://1.bp.blogspot.com/-4FVAiF0frpY/YDT1pPg2-7I/AAAAAAAAB_M/G2JDPXHkBQMZpm3XTt99PyQY-78tXNEpgCNcBGAsYHQ/s72-c/Penthouse.png
PinoySeoul.com
https://www.pinoyseoul.com/2021/03/penthouse-is-it-worth-hype.html
https://www.pinoyseoul.com/
https://www.pinoyseoul.com/
https://www.pinoyseoul.com/2021/03/penthouse-is-it-worth-hype.html
true
1152873755750876729
UTF-8
Loaded All Posts Not found any posts VIEW ALL Readmore Reply Cancel reply Delete By Home PAGES POSTS View All RECOMMENDED FOR YOU LABEL ARCHIVE SEARCH ALL POSTS Not found any post match with your request Back Home Sunday Monday Tuesday Wednesday Thursday Friday Saturday Sun Mon Tue Wed Thu Fri Sat January February March April May June July August September October November December Jan Feb Mar Apr May Jun Jul Aug Sep Oct Nov Dec just now 1 minute ago $$1$$ minutes ago 1 hour ago $$1$$ hours ago Yesterday $$1$$ days ago $$1$$ weeks ago more than 5 weeks ago Followers Follow THIS PREMIUM CONTENT IS LOCKED STEP 1: Share to a social network STEP 2: Click the link on your social network Copy All Code Select All Code All codes were copied to your clipboard Can not copy the codes / texts, please press [CTRL]+[C] (or CMD+C with Mac) to copy Table of Contents