Everyone who watched Penthouse 1 anticipated the next season and finally, here it is!
Penthouse left us wondering and anticipating for almost a month after season 1 ended. Naturally, the audience expects more since season 1 was the bomb. 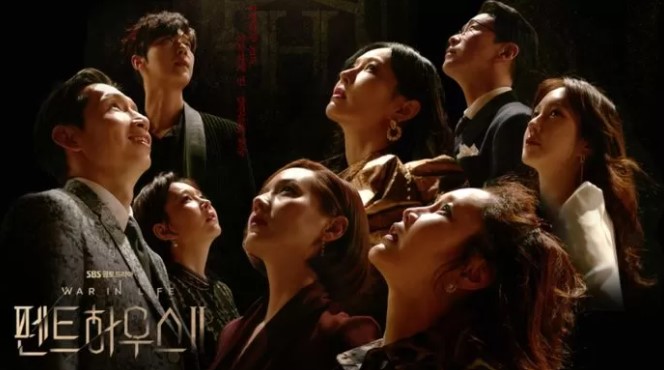 Photo credit: Koreaboo
So far, the 10 episodes I watched every weekend never failed to amaze me. They still leave me wondering and stressed each episode. However, I know better now. I don't let it get into me so much anymore. LOL!

If I watched Mr. Queen while watching Penthouse season 1, my neutralizer for season 2 is Vincenzo.

Season 2 is more focused on how the adults are now paying for the dreadful things they've done in season 1. This is what the viewers are waiting for. Payback time! Watching this new season will make you feel like getting your own justice. 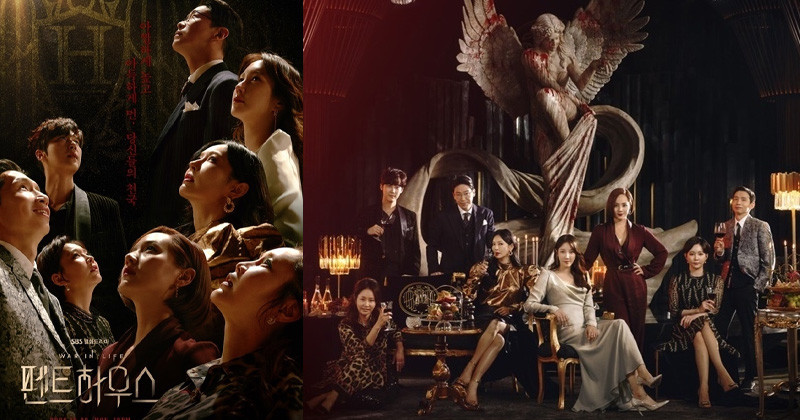 Photo credit: Starbiz
In the first episode, Penthouse urgently reveals that there will be another death. It's a mind game after that revelation. From episode 1, I kept my guards up against another death. I honestly thought it will be Seo Kyung, but who would've thought that it'll be Rona. If you'll read my Penthouse review, I kind of expressed in there how and why I don't like Rona's character. So better check that out.

Another shocker would be Cheon Seo Jin. We all knew how mighty she's being portrayed in the drama but who would've thought that she'll beg Yoon Hee for forgiveness and help. I honestly felt sorry for her too. But whenever I remember how she seduced Joo Dan Tae and stole him from Shim Su Ryeon in season 1, how she stole Yoon Hee's winning, and how she killed her own father, I can only say one thing: You deserve that! LOL! I try not to be too attached but I am always in another dimension whenever I watch Korean dramas.
I also expressed in my previous Penthouse review how evil Joo Dan Tae is but I never expected he can be eviler. He is ruthless. I sometimes feel that he is a psychopath. How can a human easily take a life just for his personal gain? The most upsetting part is he is so powerful that he can just easily escape everything. I can't imagine that there'll be a real-life Joo Dan Tae out there. Imagine how scary it'll be.

Here's what we anticipated so much!

All right, I was a bit close to being convinced that Na Ae Kyeong is Na Ae Kyeong but I didn't give in! As we all know, Penthouse loves playing with our minds so I still waited when it'll be revealed and finally they did!

I felt like I can breathe now because I had been rooting for Shim Su Ryeon since season 1 and I cannot just accept the fact that she died that way. That is so unfair! It was already unfair enough when Joo Dan Tae swapped her baby for someone else's baby. I was the happiest to know that she's alive and I can't actually wait for her to get her revenge from Joo Dan Tae.

I cannot also believe that Joo Dan Tae killed Rona. Well, I had a hunch that it may be him but how can I keep suspecting him if the earlier episodes kept showing that somehow he is innocent. But we should've seen it coming. Killing Shim Su Ryeon in season 1? Well, bad habits don't easily go away.

Another bomb for season 2 was when Yoon Hee revealed that Yoon Chul is the biological father of Rona. I was like, "What?!"

But seriously speaking, I also had a hunch in season 1 that he may be the father since Yoon Hee and Yoon Chul were college sweethearts for a long time but looking into a different angle, why she never revealed that in season 1?

They were poor as hell and Rona had ambitions she wants to fulfill that Yoon Hee can't provide. Why didn't she ask for help? She killed Min Seol Ah to take her spot but never asked for help. Yoon Hee surely has her dark side, too. She did mention in season 2 though that she wants him to be happy but isn't that a stupid thing to do? But let's see. Maybe she is just playing with his mind to make him lose his sanity while in jail. But in case Yoon Chul is really the father, I won't understand why she didn't reveal that in season 1 and get help from him. Anyway, I am not the writer and anything is possible in the drama land so I should rest my case now. LOL!

I also like the twist and turns of season 2. I like how Yoon Hee finally had an alliance with Kang Ma Ri. It was a tear-jerker, too, when Jenny found out about her job. This only proves that stress isn't the only thing we can get from Penthouse. It will also make us realize to value our parents who are always working hard to provide us a comfortable life.

May I also take this opportunity to appreciate Ha Eun Byeol and Cheon Seo Jin's acting? They're the best. Their roles are the worst characters in the drama but geez, how can you hate them so much if they act as if it was real? They are indeed amazing actresses!

Of course, I will keep watching Penthouse season 2. Please watch out for my review at the end of this season. By the way, have you heard that there'll be a third season? I read it somewhere and I can't wait for it!

Feel free to share your thoughts about the drama. I'd really love to read it in the comment section below! :)