Mr. Queen: Is it Worth the Hype? Gender-swap roles in the K-drama world aren't new anymore. At least for me, what made it stood out was the two souls that have been swapped and never had an opportunity to meet to talk about what's happening with them. The usual gender-swap dramas usually look for the person with their body or soul and team-up on how to overcome it. It's the usual stuff that we watch but this one is entirely different.
All throughout the drama, we watched how Jang Bong Hwan struggled to figure out how to adapt to the entirely new world and body. He managed to figure out what's happening and tried to reveal it, but since it's in Joseon Era, no one actually believes his words.

I knew myself well. If I watch a K-drama and anticipated every week for its airing then it's definitely a good one. If I didn't, then it's a good drama but it can wait till I get the time to watch it and that's what happened with Mr. Queen. There's a missing spice to push me to keep going until the end and be hooked every week.

The first two episodes were quite flat, nothing special. The thing that fascinated me and kept me watching was how would a playboy from a modern world do in the Joseon Era. I got too curious how he'll handle all the stuff in the era as a queen and on top of that, the clips I saw on Facebook were really interesting. I must admit it's a funny drama, but I felt like there's something missing.

There were also times that I can easily predict what's going to happen next, one thing I'm not fond of. I always wanted surprises when watching K-dramas. Every time the king and the queen get along well, the next scene will be a complicated one for both of them. I noticed that cycle.

Another thing was I honestly expected so much from the concubine, Jo Hwa Jin. I got disappointed to know that her role was round all along. I've waited for significant changes but it never came. :( Photo Credit: Stream
I like the character's chemistry though. They gave me a different thrill every time they have a romantic scene together. They suit each other well. I watched Shin Hye Sun's other dramas and I must say that Kim Jung Hyun is seriously a perfect match for her. They gave a different kind of kilig in each scene except whenever I come to realize that Jang Bong Hwan is still in Kim So Yong's body. Lol! 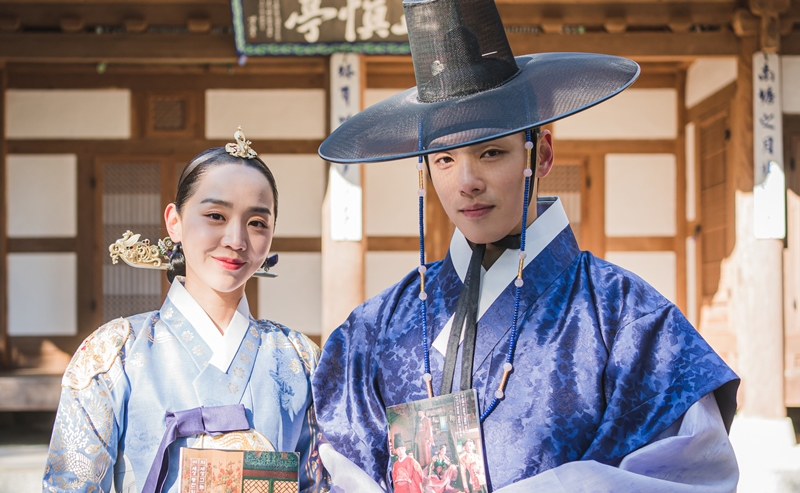 Photo Credit: Manila Bulletin
I wonder from time to time if Kim So Yong already took over his soul, or did he finally fell in love with the king? Towards the end, all my questions have been answered. It was not in the way I expected it though.
Should I reveal it here?
No, I am not that evil. I think I already revealed much and I will stop there.

I must say that the marketing team of the drama did its job very well. At the beginning of its airing, it's literally always on my Facebook news feed. It's either because of its unique storyline or controversy regarding mocking Korean history with their strong approach with some scenes. Though they have a disclaimer at the beginning of the show, they still received a lot of criticisms.

Oh well, is it a yay or nay? I'll be neutral. I think it depends on the viewer's taste. I think it'll be more appealing to new-born K-drama fans though.
Please note that everything you read in this article is my own opinion and it might be different from yours.
Violent reactions? Drop it down below. Let's have a good exchange of thoughts! :)