ATEEZ is an eight-member group under KQ Entertainment. They were known as KQ Fellaz during their pre-debut. The group consists of Hongjoong, Seonghwa, Yunho, Yeosang, San, Mingi, Wooyoung, and Jongho. The group debuted with the songs 'Treasure,' and Pirate King on October 24, 2018. ATEEZ signed with U.S. record label RCA on July 9, 2019. 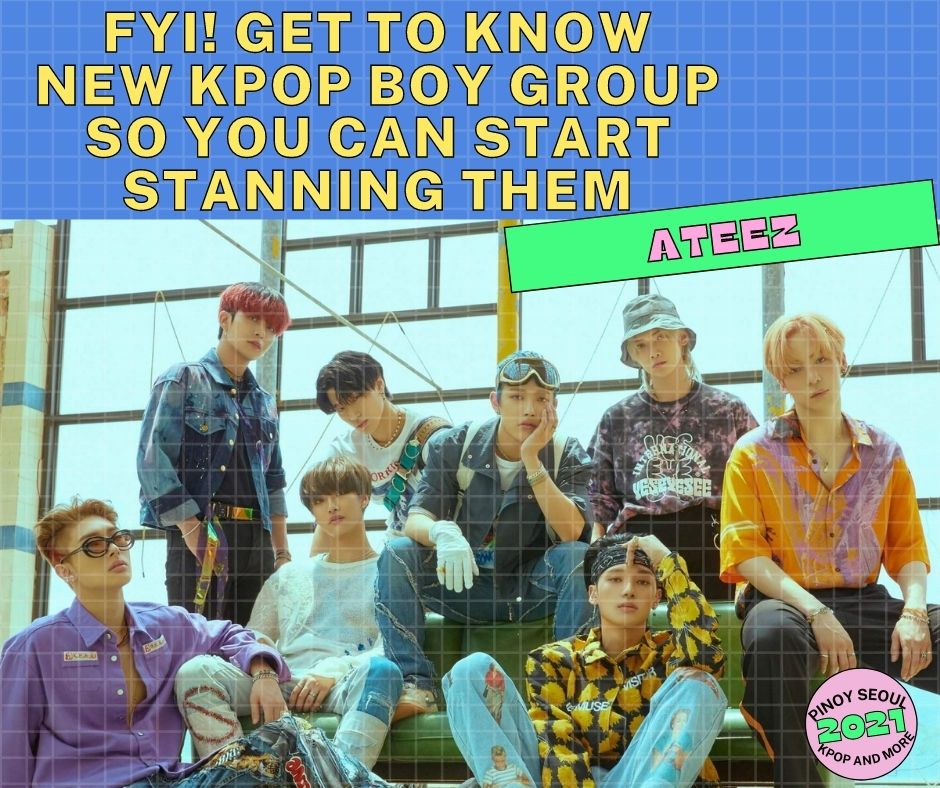 Although ATEEZ only had their debut in October last year, they have made their way into the hearts of millions of people all over the world whilst they were still trainees, as "KQ FELLAZ," before their lineup for the official debut was finalized. The video of the boys dancing to "Pick it Up” by Famous Dex & A$AP Rocky went viral and currently has over 2.15 million views, which is unheard of, especially for a group who hadn't debuted yet. (Source: culture.affinitymagazine)
ATEEZ's recent comeback
Coming from a small company in the Korean music industry can be challenging at times, but the boys have made their distinctive mark in the Korean music industry. 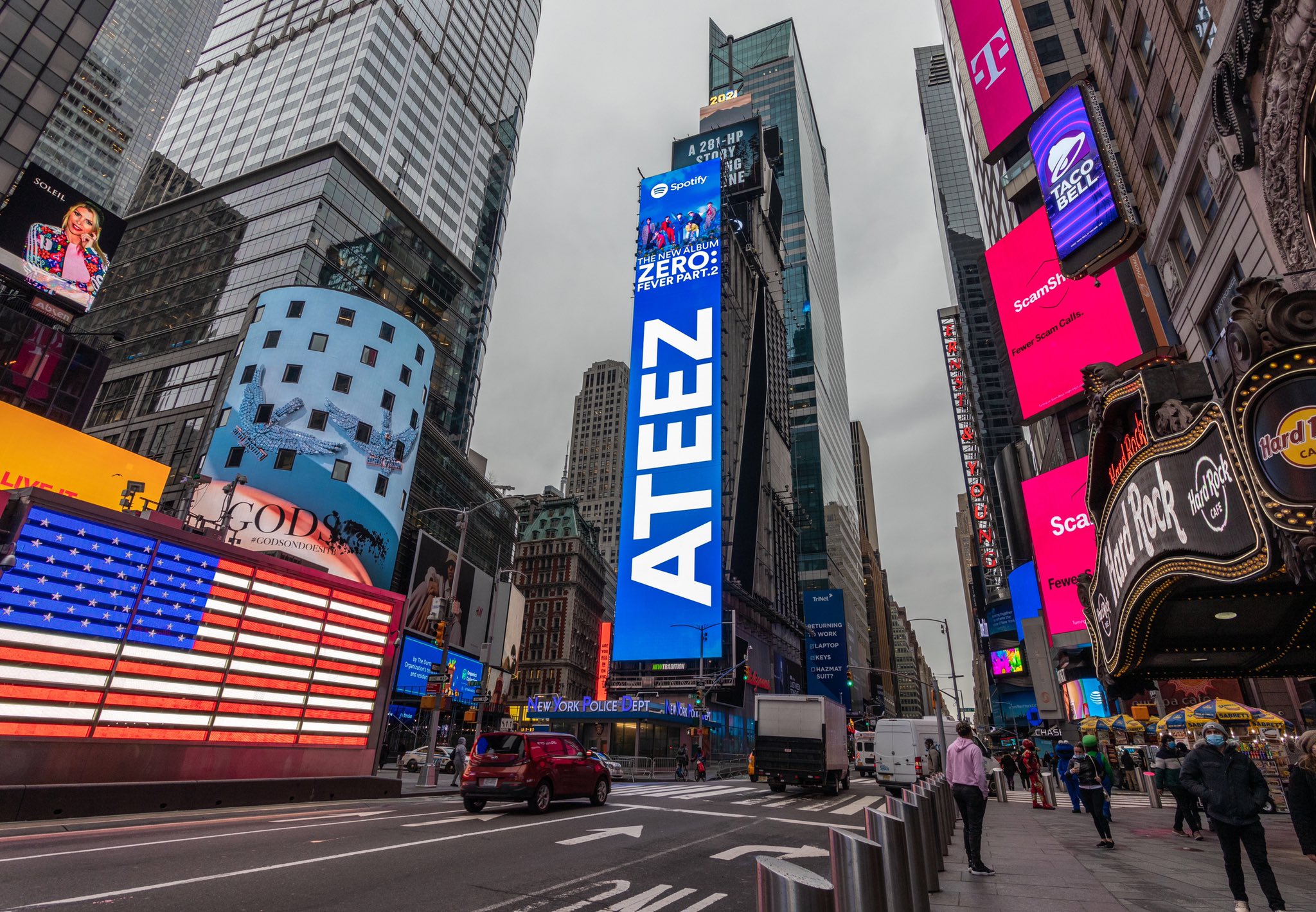 ATEEZ is a group that should be on everyone's radar. They're fast rising up the ranks of K-pop's hall of fame. 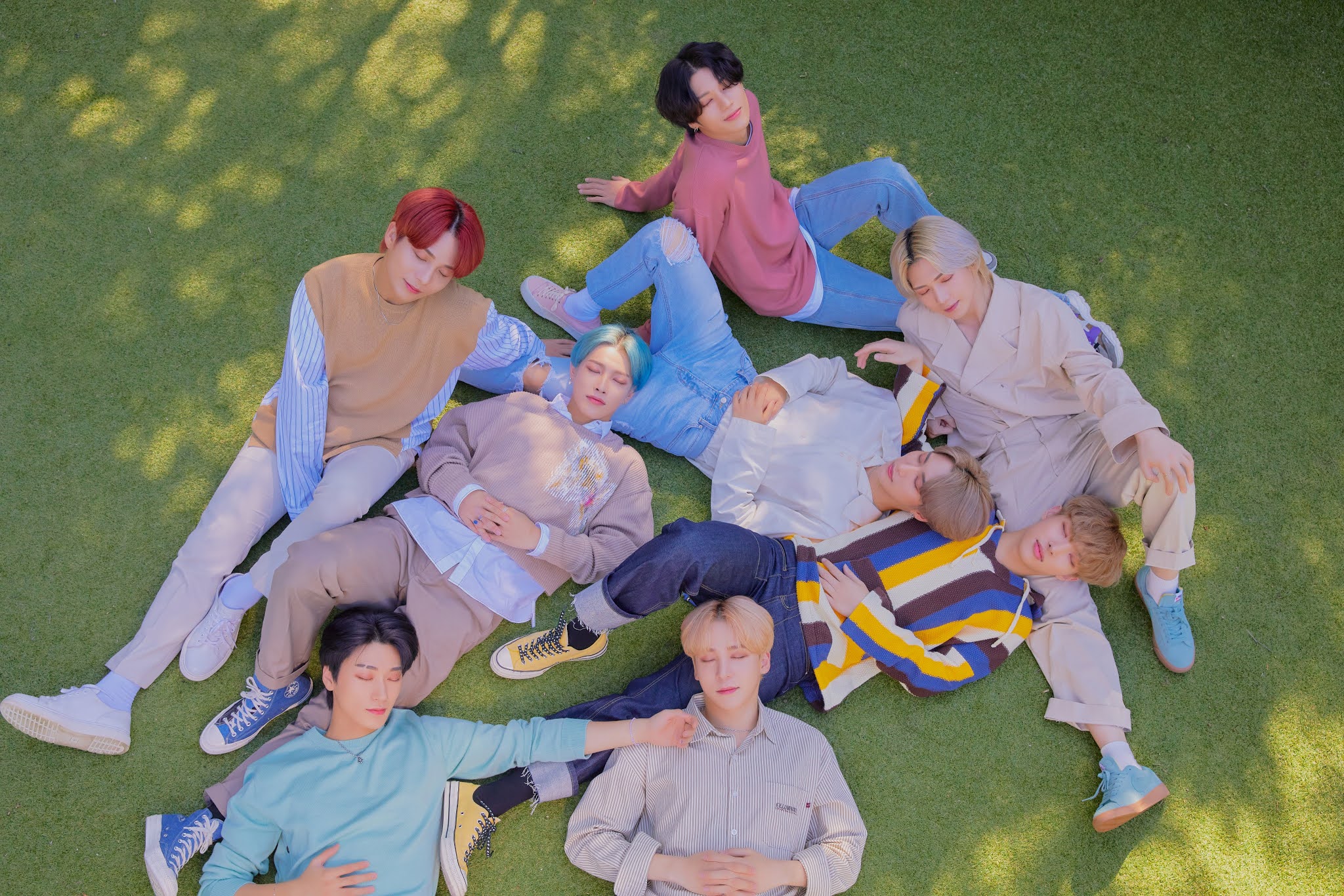 Get to know the member profiles and how they were formed! 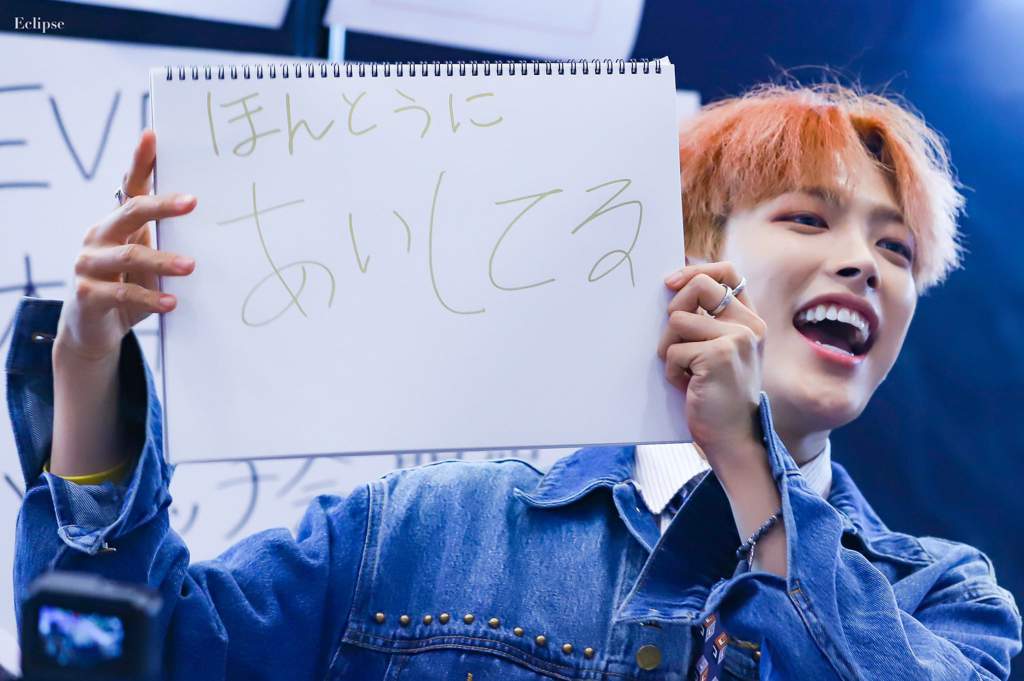 Hongjoong was born in 1998 in Korea. Growing up, he was already a workaholic and perfectionist. He didn't attend school as much because all he did was work in the studio. He first considered becoming an idol to express his energy and help influence others to do what they want.
Since then he joined SIMS ACADEMY until training in KQ Entertainment and later created ATEEZ.
[ATEEZ] (KQ FELLAZ / KQ BOYS) KIM HONGJOONG (김홍중) pre-debut in SIMS ACADEMY
Hongjoong's first big appearance was part of the YG show MIXNINE wherein a boy and a girl group of trainees competed to debut. His rank on the show after the showcase was seventh place but finished forty-second and was unable to make the debut team.
Hongjoong then went back to KQ Entertainment and composed over 40 songs for his team. He finally debuted and was named the leader of ATEEZ. 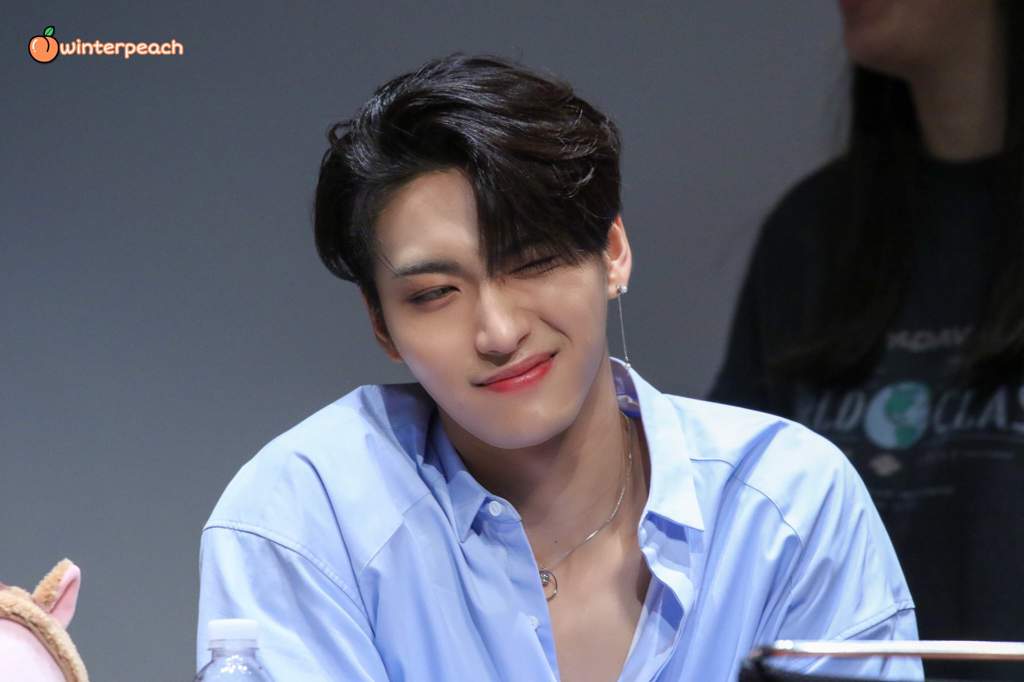 Seonghwa was born in 1998 in Korea. He started out his career by passing his audition as a rapper with KQ Entertainment but later changed his position as a vocalist.
He also tried out to be part of the survival show MIXNINE but didn't make the cut. In 2018, he was able to make his debut as the vocalist in ATEEZ. 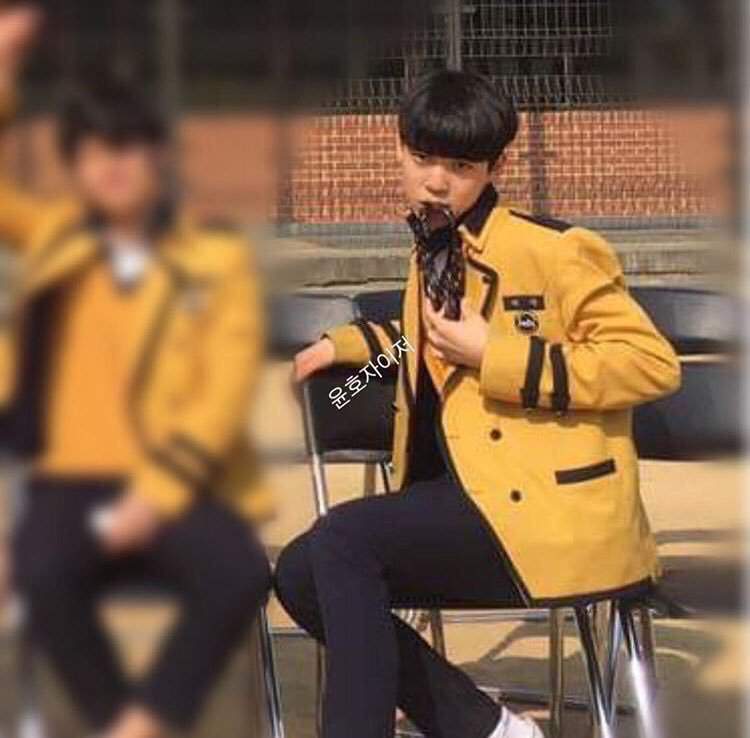 Yunho then joined BIGBANGS dance academy with a friend of five years, Mingi, another ATEEZ member. Mingi and Yunho were both accepted. They enjoy dance and plug-in music academy which led to them ultimately joining KQ entertainment.
He also auditioned for MIXNINE. However, he didn't pass and didn't join the show. Yet with all of his experience and talent to dance, Yunho became the main dancer of ATEEZ. 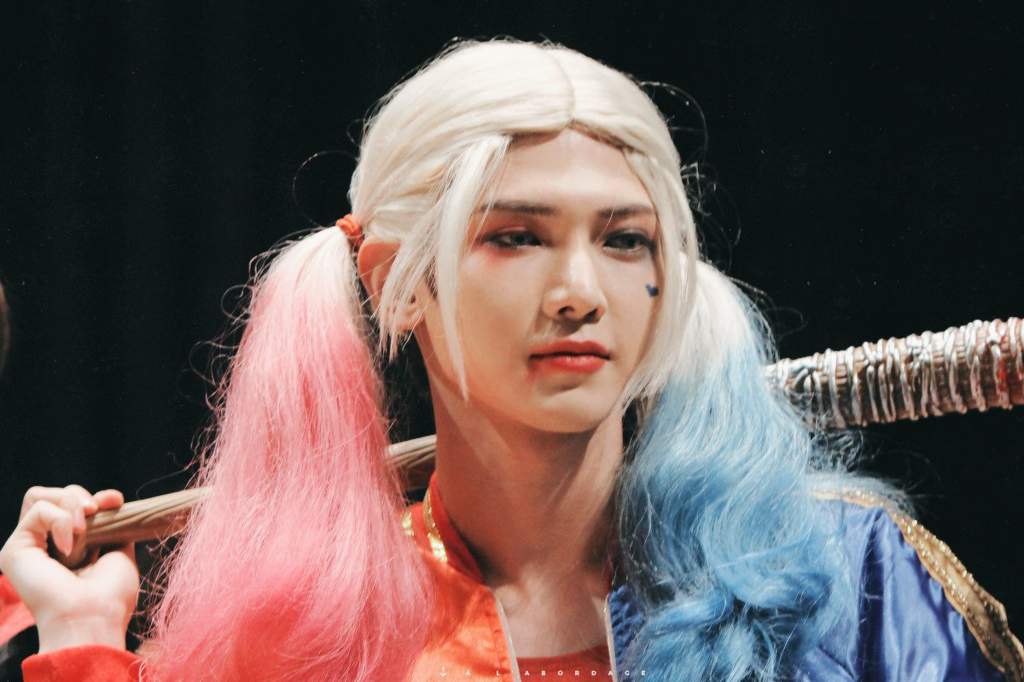 Yeosang was born in 1999 in Korea. At one point, he was a Big Hit Trainee as he was eager to debut. Big Hit didn't debut their boy group +×+ until two years later.

Later Yeosang joined KQ entertainment. He would be another member that didn't make the show MIXNINE but he made his debut in ATEEZ as the lead dancer. 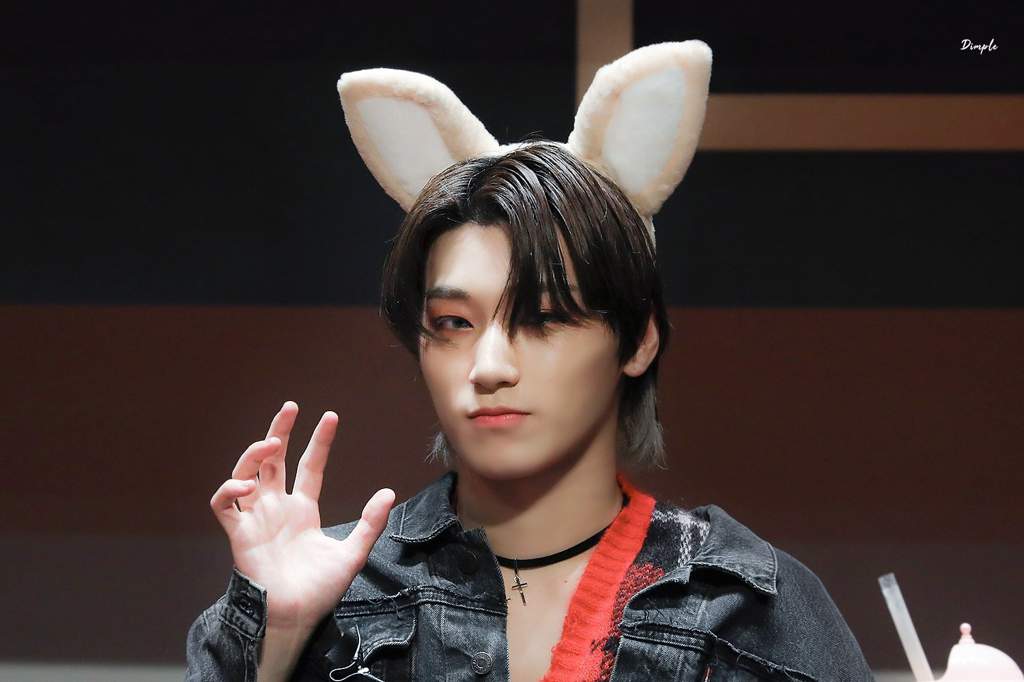 San was born in 1999 in Korea. After seeing his pre-debut performance, Lia Kim, a famous choreographer from 1 Million Dance Studio said that he has a natural dancing ability. 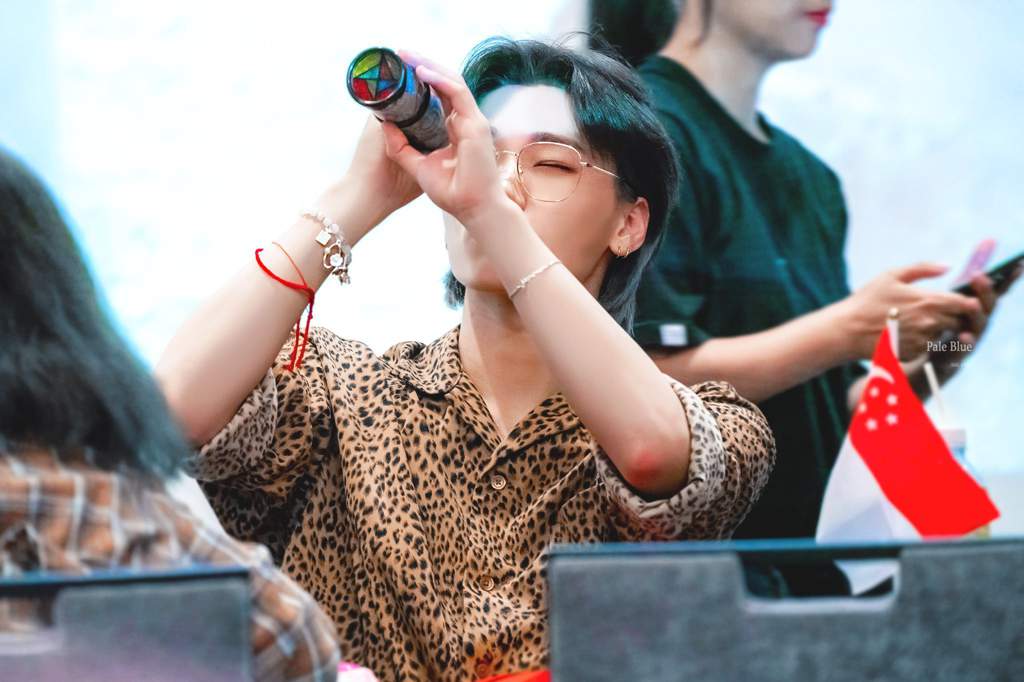 As a trainee in KQ, San was the fourth member to not make the cast of MIXNINE. San then became the mood maker, "vitamin," and owner of the "woah" of the group, debuting in ATEEZ.

Mingi was a former trainee of a small company called Maroo Entertainment. Mingi and Yunho practice together in the dance academy although in a different location than where Yunho was accepted.
[MIXNINE(믹스나인)] Nerd'$ _ Okey Dokey(MINO, ZICO(송민호,지코)) (Stage Full Ver.)
Mingi was also a member in MIXNINE who started at 23rd in the showcase but dropped to 62nd at the end of the show but later on debut as the main rapper of ATEEZ. 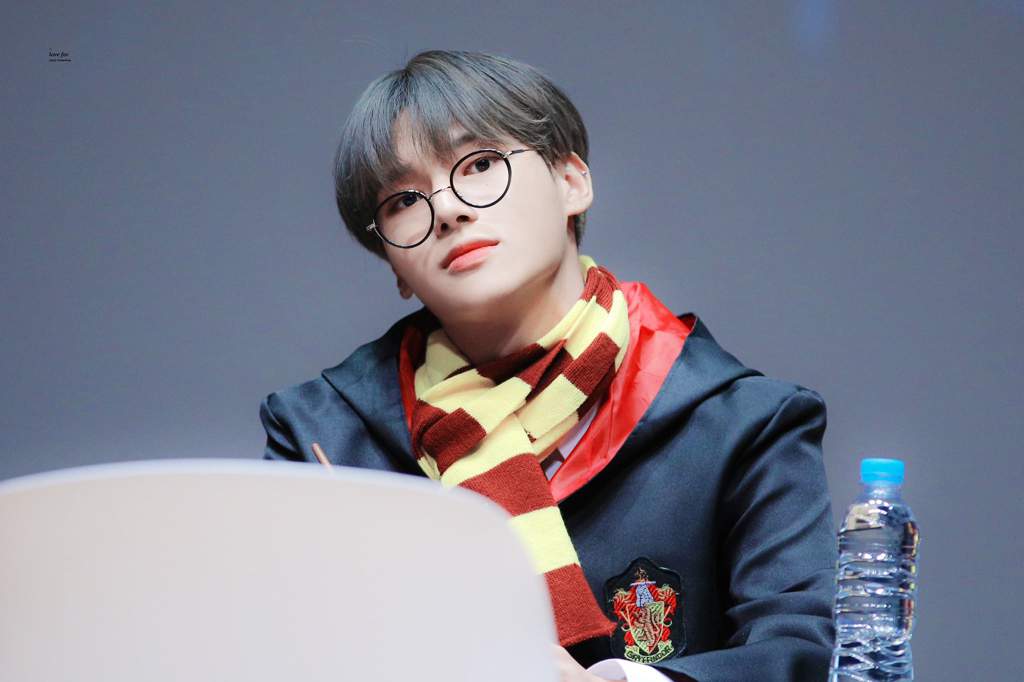 Wooyoung is also a former trainee in Big Hit. He left the label to follow Yeosang. He also participated in MIXNINE where he ranked 57th on the showcase and dropped even lower at 72nd. But that didn't bring him down as he eventually debuted as the main dancer of ATEEZ.
ATEEZ Jongho 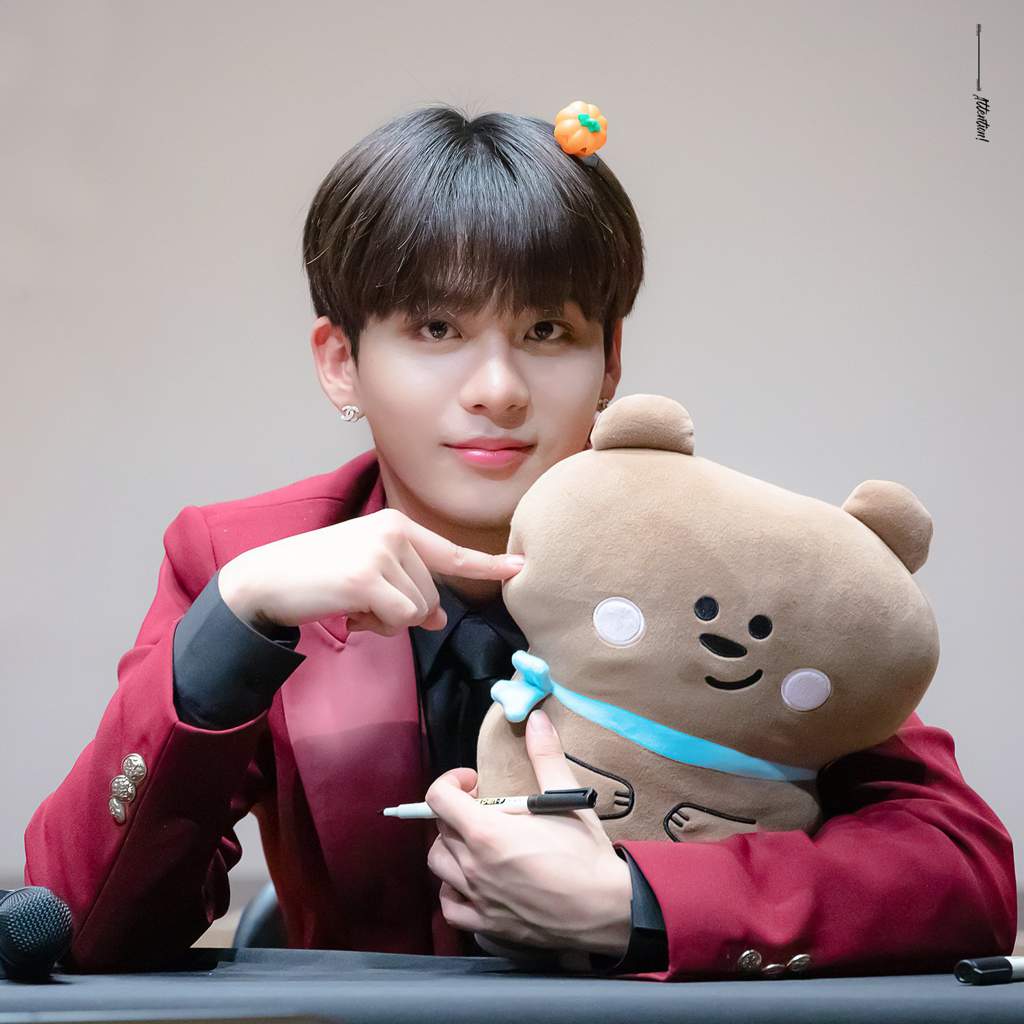 He started to love singing instead of playing sports so he joined KQ and made it to the show MIXNINE where he ranked 27th at the showcase but fell to 43rd yet still fulfilled his dream by debuting with his group ATEEZ.

Videos You Should Definitely Watch

Reasons why you should stan them

Their sync is absolutely no joke. They are truly amazing. Many groups strive for this type of sync and ATEEZ definitely has matched it. You can tell they practice from sun up to sun down in order to get it just right. One example is with the Wonderland performance. This song's choreography has many hard and swift movements. Yet, even so, they still match their steps perfectly. Their stage performance quality is hard to beat.

Their Vocals and Rap

Hongjoong and Mingi are known as the rappers of the group, and Jongho is well known for his strong and powerful voice. Jongho's voice is spectacular. Mingi's raps are to die for. You really hear the passion in their raps and singing. They just did dance covers, but it was a shock to everyone when they started singing and rapping. Seonghwa also has an amazing voice. They just are a talented group.

You can always see them having fun together. Their laughter, loudness, and excitement are what make them ATEEZ. They enjoy being around each other and seem like their own little family.

Their Interaction with Fans

They always include the fans in everything they do and you can tell that they truly love their fans. From music shows to concerts, they always interact with fans and hype up the audience.
One example of this is when they went to Venice Beach. There was a dance cover group doing covers of ATEEZ's songs and ATEEZ actually popped in during the performance! The funniest is when San pretended to be an old man in the audience. Just watch it. You won't regret it.

ATEEZ Reached No. 1 on iTunes

ATEEZ's sixth mini-album, released March 1, is soaring through the charts all across the world! “ZERO: FEVER Part 2” is taking the group through milestone after milestone, first with their record number of stock pre-orders and next with entering all the major domestic music charts including Melon, Bugs, and Genie upon release.
Now, they have reached No. 1 on iTunes Top Album charts in at least 36 regions including the United States, United Kingdom, the Netherlands, Indonesia, and more. In particular, the title track “Fireworks (I'm The One) was ranked No. 1 on iTunes Top Songs charts in 20 countries including Brazil, Peru, Russia, and the Philippines. (Article Source: Soompi)
ATEEZ is a group that everyone needs to be on the lookout for. They may have only debuted a few months ago, but the group has already captured the hearts of hundreds of thousands of people all over the world. It’s obvious that the group has put in a lot of hard work and dedication towards their craft. They have the whole entire package: breathtaking visuals, powerful rap and vocal skills, captivating choreography, amazing songs and out-of-this-world stage presence. Not only does the group encompass all of these qualities and skills, but they have a well-grounded relationship with one another and amazing teamwork as seen in their reality show, “Code Name Is ATEEZ.”

ATEEZ is a group of eight talented men, and the world isn't ready for them. (Source: Affinity Magazine)

EPS TOPIK,75,Event in Korea,102,Event in Philippines,22,Feature Article,29,Filipinos in Korea,52,K-Culture,22,K-Music,41,Korean Shows,37,Latest News,97,Sponsored,6,Travel & Food,52,
ltr
item
PinoySeoul.com: Get to Know ATEEZ So You Can Start Stanning Them Right Away
Get to Know ATEEZ So You Can Start Stanning Them Right Away
https://1.bp.blogspot.com/-QQfYZCuF83k/YESUyxeQHmI/AAAAAAAAB8w/J_qybopiUboibNe7Tm00qvce7Hd0eJ8dgCLcBGAsYHQ/s16000/Blue%2BSticker%2BPop%2BNew%2BYear%2BInspiration%2BQuote%2BFacebook%2BPost.jpg
https://1.bp.blogspot.com/-QQfYZCuF83k/YESUyxeQHmI/AAAAAAAAB8w/J_qybopiUboibNe7Tm00qvce7Hd0eJ8dgCLcBGAsYHQ/s72-c/Blue%2BSticker%2BPop%2BNew%2BYear%2BInspiration%2BQuote%2BFacebook%2BPost.jpg
PinoySeoul.com
https://www.pinoyseoul.com/2021/03/get-to-know-ateez-so-you-can-start.html
https://www.pinoyseoul.com/
https://www.pinoyseoul.com/
https://www.pinoyseoul.com/2021/03/get-to-know-ateez-so-you-can-start.html
true
1152873755750876729
UTF-8
Loaded All Posts Not found any posts VIEW ALL Readmore Reply Cancel reply Delete By Home PAGES POSTS View All RECOMMENDED FOR YOU LABEL ARCHIVE SEARCH ALL POSTS Not found any post match with your request Back Home Sunday Monday Tuesday Wednesday Thursday Friday Saturday Sun Mon Tue Wed Thu Fri Sat January February March April May June July August September October November December Jan Feb Mar Apr May Jun Jul Aug Sep Oct Nov Dec just now 1 minute ago $$1$$ minutes ago 1 hour ago $$1$$ hours ago Yesterday $$1$$ days ago $$1$$ weeks ago more than 5 weeks ago Followers Follow THIS PREMIUM CONTENT IS LOCKED STEP 1: Share to a social network STEP 2: Click the link on your social network Copy All Code Select All Code All codes were copied to your clipboard Can not copy the codes / texts, please press [CTRL]+[C] (or CMD+C with Mac) to copy Table of Contents