A worker must have insurance not only to assure his/her safety but also to sustain clearance at work and independence when accidents happen. 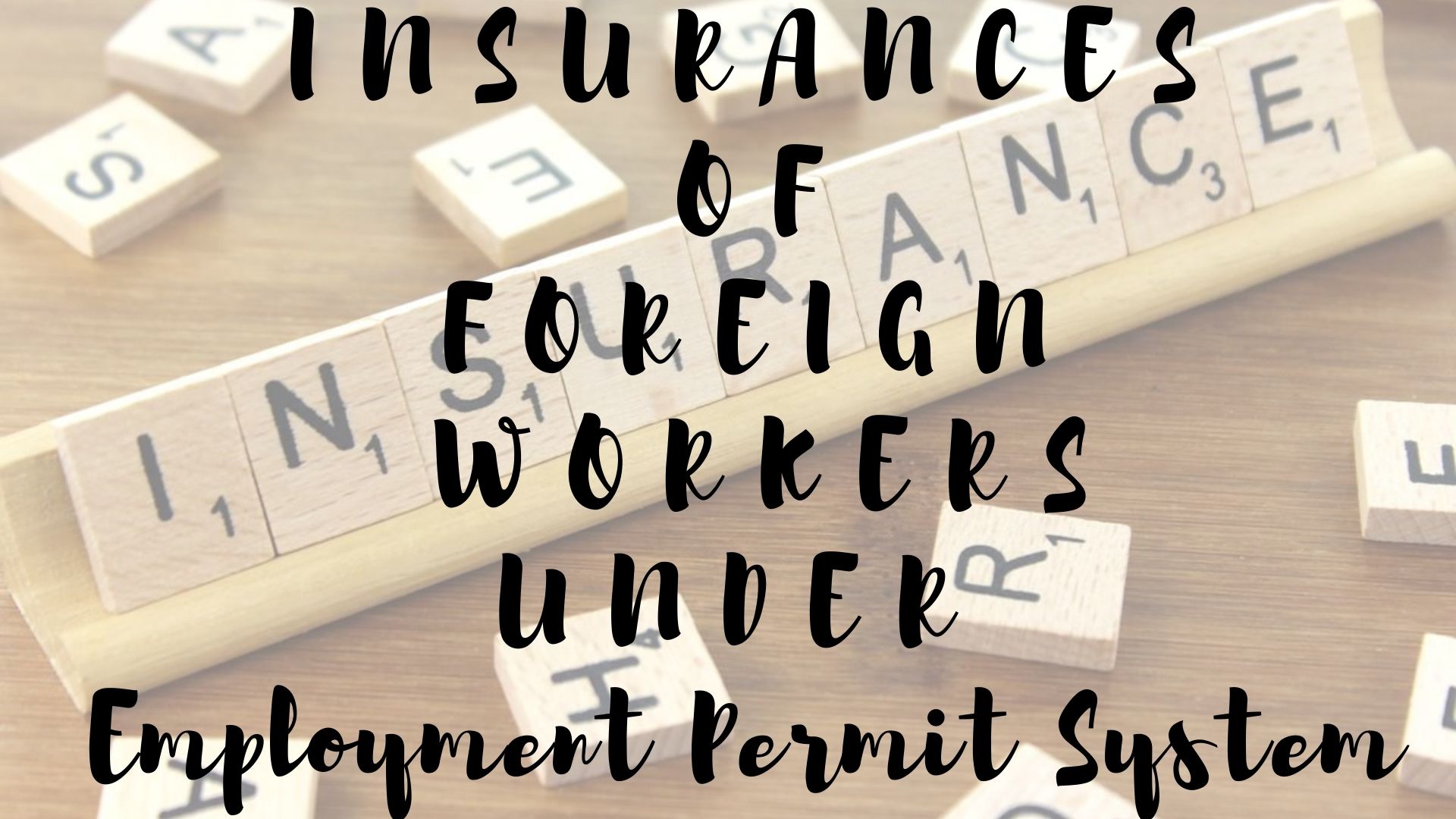 Foreign workers have four types of insurances implemented by law, which are:

Payments made by an employer:

Employers will pay for their workers' casualty insurance within 15 days effective from the day they arrived in South Korea. This provision is included in their contracts to assure workers' safety and in cases of delayed or absence of salary.

Payments made by employee/foreign worker:
A foreign worker must deposit necessary payment on their accounts at Training Center, and Samsung Insurance company will automatically deduct insurance payments from the said account within 80 days according to the registration in the agency. The insurance company will have to submit a breakdown of salary deduction of workers for the insurance to provide an accurate audit for the reason of their upcoming end of the contract. Payments will depend on which country you came from. Workers from the Philippines will have 400,000 Korean won according to the agreement. This will apply to every worker employed.
This insurance provides security when unwanted scenarios happened like disasters or serious illnesses. Premium payment for casualty insurance for three years will be 20,000 Korean won (depending on gender and age of foreign worker).

Rules regarding the registration of foreign workers insurances:

Registration at security agencies of foreign workers will provide a copy of insurances that contains the agreement between an agency and the worker. Insurance payments are 8.3% of a stated salary monthly.