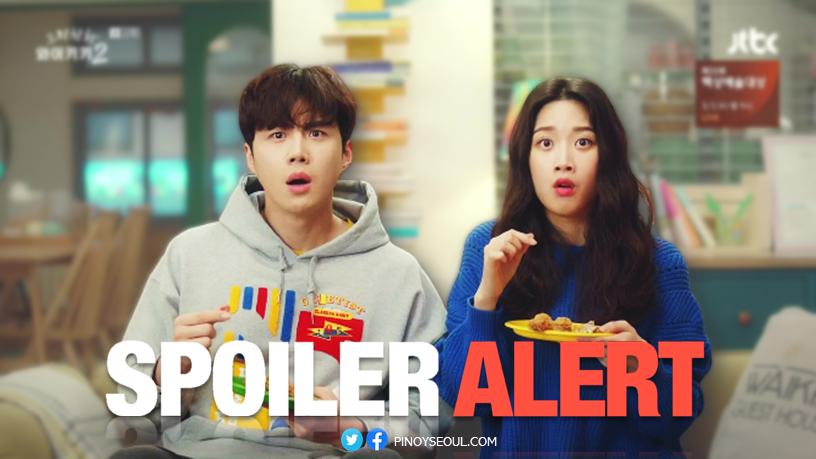 I am aware of K-drama spoilers since I usually find them on my Facebook feed. When a recent episode was aired, some K-drama fans couldn’t contain the excitement to their selves and their way of releasing it is by posting it on their Facebook or Twitter. Not just that they would post a screenshot of what happened but some even summarized the most important plot even if it was just aired minutes ago. Thus, it reduces the amount of surprise and suspense for those who still haven’t seen the episode. Being the first person to inform the body about something incredible that happened on the latest episode somehow gives fulfillment and satisfaction to the person but that person sometimes overlooks that he/she is already spoiling the drama. Though it’s an act of selfishness, I still don't blame them since they are also my source of the latest K-drama news and happenings. Spoilers are proliferating and if you still have no idea how some K-drama watchers deal with them, then I think it’s about time that you know about the tricks.

How to Deal with K-drama Spoilers?

There are only three ways to deal with K-drama spoilers. If you can master any of these, then you won’t be facing any problem with the spoilers anymore.

If you are a K-drama fan since the start of Hallyu, then you must already know the struggles of waiting for a K-drama episode to have an English subtitle since we cannot understand if we watch it raw. Until now, it is still happening but thanks to some streaming services which made English subtitles already available so we can watch it on time. This is one of the ways to deal with spoilers. You have to watch it on time! Since K-dramas usually aired two episodes per week, then, you should create a schedule of K-drama time slots so you can keep track of what’s airing on weekends and weekdays and what time these dramas are scheduled. In that way, when spoilers strike, you won’t be affected anymore because you have already watched and seen the episode.

Most K-drama pages and groups on Facebook are spoilers. We can’t hide the fact. Though they usually put up a "spoiler alert" warning beforehand, the fact they are spoiling is already a no-no to some K-drama fans. So to avoid conflict with them, the best thing you should do is to unfollow the page and leave the group. If their spoils often trigger you and put you in a bad mood, it is not healthy for you anymore. Leaving is your way to bring back your inner peace.

If you can't do any of the two options mentioned above, then the last choice you have is acceptance. You have to accept that K-drama fans are enthusiastic. They are always excited to share with their friends and followers the shocking and intriguing plots. Everything new, they want other fans to know. They are here to update you. Some K-drama fans are okay with spoilers especially those who are having difficulty in balancing their career with their duty as a K-drama fan. So if you can't still accept this fact, you can always go back to the first two options mentioned above.

There is no way to make spoilers stop from what they are doing. It is you who should take action to avoid them or let them be. Though some call spoiling a crime, we don't have a K-drama Police to arrest them and put them in jail. When you enter their territory, you have to accept that they understand each other and that they are avid. Newcomers will have difficulty understanding them but veterans on this scheme always know how to deal with them. It's up to you how you identify yourself. Are you still a newbie or a veteran?