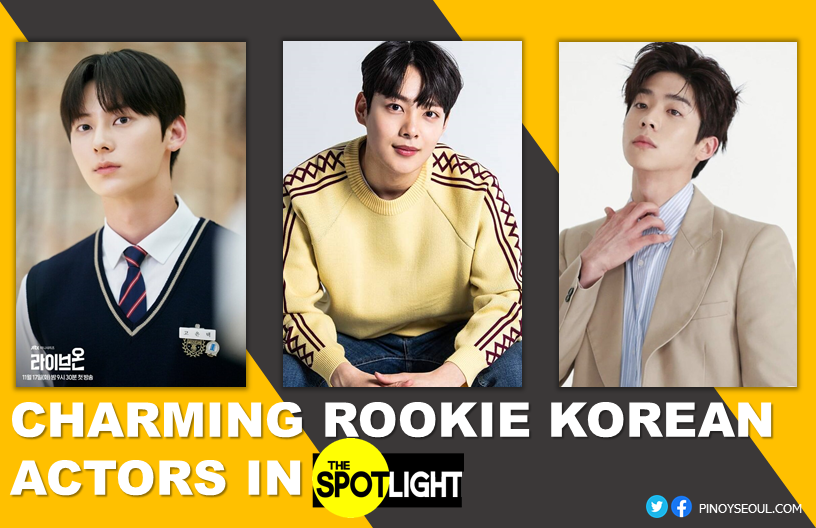 We have to admit that it’s really hard to choose only one Korean actor to stan. And to be honest, we don’t even have a chance to select the best among these actors because the only option is to collect them. If you already consider yourself as a tenured Korean drama fanatic, then I assume you already have a long list of Korean actors you have collected since the bloom of Hallyu. The arrival of new Korean drama means the arrival of the new Oppa.

And to add to your long list of most favorite Korean actors, check out these charming rookies and find out if they can be the next star to shine the brightest. Might as well include them on your radar.

2020 must be a cheerful year for Kim Min Gi. After he debuted in Temperature of Language: Our Nineteen, he then appeared in The Pop-Out Boys with the same guest roles. And before 2020 ended, an exciting opportunity stroked him when he landed a supporting role in the recently-concluded Korean drama “True Beauty” as Lim Jo Kyung’s cute brother. I am certain that his future roles will be remarkable since he had already showcased his versatility even with small roles.

If you have already watched Hot Stove League then I’m sure you are already familiar with Chae Jong Hyeop whose character on that drama was a rising pitcher. Currently, he is part of the ongoing K-drama Sisyphus: The Myth as an idol wannabe who was so eager to win the lottery. He possesses a charming smile that seems to be kryptonite for most of us. It’s easy to fall on that plus his acting skill is also excellent. He’s been offered the major supporting role for the upcoming Korean drama “Come to the Witch Restaurant” and he is considering the offer positively.

Before his debut as an actor, Hwang Min Hyun first is a Korean pop idol. He debuted with NU'EST and represented his agency in Produce 101 S2 along with his other co-members and ended up becoming a member of Wanna One. After his contract with Wanna One, he then later returned to NU'EST to promote as a group. Though he already appeared in Korean dramas "Their Distance" and "Reckless Family 3" with an important role, his role as the main character, Go Eun Tak, in "Live On" is my most favorite. His expression matches his emotion when he delivers the words and acts on the scene and it always amazes me whenever I see K-pop idols who are not just good at singing and dancing but also dominated in acting. He is already a total performer. I am excited to see more dramas for him. And to add some story, his resemblance to Park Seo Joon is also uncanny and even the hosts of Happy Together commented that they could pass as brothers in real life during their 587th episode.