Love ft. Marriage & Divorce: The K-Drama About Infidelity that Gets the Highest Ratings

Another Korean drama about infidelity and divorce? Really? Aren’t people tired of that yet?

V.I.P, Love Affairs in the Afternoon, and even the 2020 hit, A World of the Married, all of these Korean dramas are about infidelity. Even Philippine media is saturated with dramas and movies with infidelity as the theme. But seems like Korean audiences are not yet tired of this theme because the drama that recorded the highest ratings in the Korean channel TV Chosun is all about infidelity.

And that drama is entitled Love ft. Marriage & Divorce. 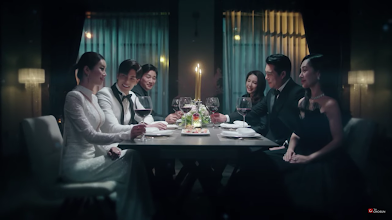 (Image: Netflix Asia)
Love ft. Marriage & Divorce, also known as Marriage Lyrics for Divorce Music, is a drama that revolves around three women working together on a local radio program and on their married lives. These three women, played by actresses Lee Ga Ryeong (Apgujeong Midnight Sun, and Iron Lady Cha), Park Joo Mi (The Great King's Dream, and Blood), and Jeon Soo Kyung (Terius Behind Me, and My Strange Hero), who are in their 20s, 30s, and 40s respectively may have perfect marriages, but of course, what happens inside their homes is entirely different.
But before skipping on this drama because of its theme, these are the five reasons why it deserves your attention: 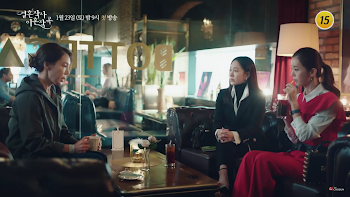 (Source: Netflix Asia)
Love ft. Marriage & Divorce shows its audience three faces of strong women who are fighting for their marriage and family. This show not only talks about how these women strongly face infidelity but on how they face the pressures society places on them, such as having offspring and caring for one's husband diligently. These three career women are not perfect. They can still make mistakes, but how they continue to be strong despite these pressures and problems is something one surely needs to watch.

2. The focus on the effects of one's action

This Korean drama doesn't just focus on the effects of infidelity on a married couple. It focuses also on its effect on the children and even the in-laws. Korean dramas rarely show how infidelity and divorce affect children no matter their age. This drama highlights that even more. You won't see in this drama the legal wife confronting the mistress (as of yet), but you will surely see the effects when children discover the infidelity of one of their parents. 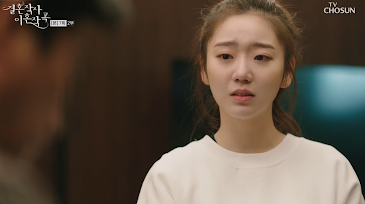 Actress Jeon Hye Won as Park Hyang Ki
(Image: Netflix Asia)
The leads of the highly-rated Korean drama are surely impeccable when it comes to acting, but the supporting casts are notable too. Just like Jeon Hye Won who plays Park Hyang Ki. She steals the show especially in the confrontation scene in the recent episodes. One can surely feel her pain and disappointment. You can't take your eyes off her as she says her lines. It's like one just wants to hug her and say, 'Everything will be alright.'

4. The hint of mystery

Just like the K-drama V.I.P, they haven't shown so far who is or are the mistresses. They are mentioned but their faces are hidden. That just adds mystery in knowing who the misteresses are. Are they co-workers? Are they someone close to the main leads? One should watch to find out.

Former idol group member U.Ji and K-pop Star contestant JINY (Yoo Jiny) sang some of its official soundtracks, (OSTs) which are easy to like. But the English song Dead Inside by JINY surely sets the tone for the drama. It seems to depict the pain these women feel as they go along in their lives. The official soundtracks are something you will truly want to listen to as you wait for new episodes and maybe even after the drama has ended.
So what are you waiting for?
Get that popcorn (or chips) ready and prepare yourself to get a glimpse of the lives of three strong women of Love ft. Marriage & Divorce.
(Source: Netflix Asia)
The first half of Love ft. Marriage and Divorce is available on Netflix, while new episodes air every Saturday and Sunday at 10 pm.