Fresh-Off-the-Oven K-dramas of the Week: Which One to Watch First? 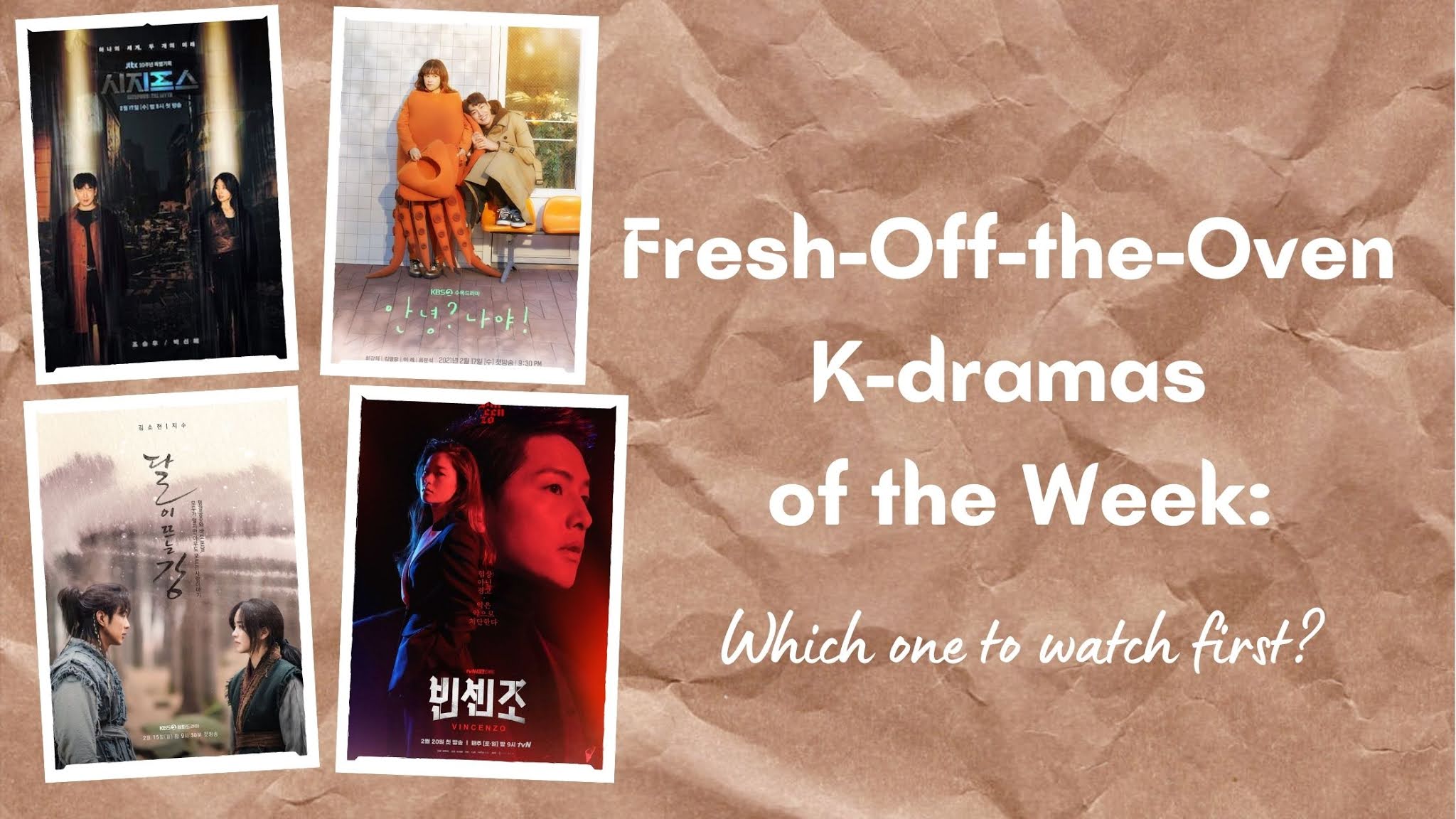 Hello, Me!? Sisyphus: The Myth? River Where the Moon Rises? Vincenzo?

Feeling confused as to which one to watch first?

Don't fret. This article will help you decide which one of the new K-dramas you may want to watch first.

If you are a saeguk or a historical K-drama fan, then...

River Where the Moon Rises is the one for you to watch first. This K-drama, which stars Kim So Hyun, Ji Soo, Lee Ji Hoon, and Choi Yu Hwa, is a retelling of the love story between a princess and a righteous man. This action-packed drama will not only make you fall in love but also be in awe of the acting prowess of actress Kim So Hyun even though this is not the first time she is starring in a saeguk drama. Ji Soo is also not far behind in showing his versatility in this drama. This K-drama is also a good representation of strong women in Korean culture.

River Where the Moon Rises is available on VIU every Monday and Tuesday.

(Source: Netflix Asia)
Sisyphus: The Myth is a K-drama worth watching first. This action-filled sci-fi mystery K-drama, starring Jo Seung Woo and Park Shin Hye, will keep you at the edge of your seats even in just the first episode. Park Shin Hye doesn't always star in action K-dramas so surely you wouldn't be disappointed when it comes to acting here. This K-drama will keep you guessing and waiting excitedly for the next episodes to get the answers to your questions.

Sisyphus: The Myth is aired every Wednesday and Thursday on Netflix at 10 pm.

If you are a rom-com fan and want to watch something light, then...

Hello, Me! will be a good watch for you. If you are a fan of K-dramas such as Longing Heart, Oh My Baby, and Was It Love?, then you will definitely like this K-drama. With a hint of fantasy, this K-drama will make you laugh with its outrageous costumes and wardrobes, punchlines, and dancing sequences. The main character Ban Ha Ni (played by Choi Kang Hee of Queen of Mystery) is surely a character one can relate to as an adult surviving life, that we thought in our high school years, will be easier and greater when we become adults.

Watch Hello, Me! on Netflix every Wednesday and Thursday at 10 pm.

If you are a fan of legal K-dramas such as Lawless Lawyer, and Switch: Change the World...

Vincenzo will truly have a place in your heart. Its first scenes will make you feel like you are in a mafia movie. But this drama is more than that. It has comedy and action. It has a visual factor with its shots. Want to see Song Joong Ki, speaking Italian and looking so impeccable in a suit? Then this drama will be the one for you to first watch. But don't just think that this is just for you to see how handsome Vincenzo or Song Joong Ki is, because the people around Vincenzo are truly unique characters just like him.

See Vincenzo and his suits every Saturday and Sunday at 10 pm on Netflix.

No matter which drama you choose first, you'll surely not be sorry. These K-dramas are surely a must-watch.

So what are you waiting for?

Pick one and enjoy watching!