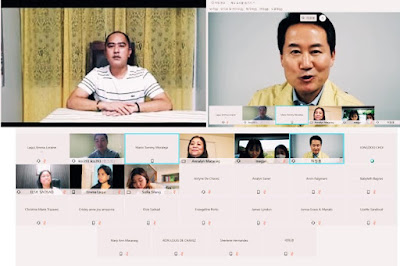 The online Korean language class for San Juan, Batangas residents is part of the Korean culture classes project that was signed on January 22, 2020 in Hongcheon-Gun.

On November 23, 2020, the municipality of San Juan, Batangas in partnership with Hongcheon-Gun, Gangwon Province recognized the first batch of learners for the King Sejong Institute e-Class for Basic Korean.

Together with Mayor Beboong Salud and the Sangguniang Bayan Members, headed by Vice Mayor Anthony Marasigan,  29 students out of 78 were present and awarded with Korean culture kits and masks who attended the classes from September 7 to November 27, 2020. 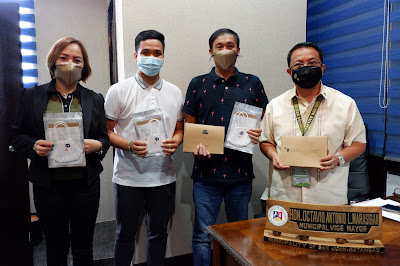 Margarito P. Sevilla, Jr., Secretary to the Sangguniang Bayan and International Coordinator for Mutual Cooperation said “It’s my pleasure to announce that we will be having our second batch of learners with the help of our sister city Hongcheon-Gun and King Sejong Institute".

The second batch of the Korean Language class was divided into five groups (Level 1A : Group 1 and 2, Level 1B:  Group 3 and 4 and Group 5 (Seasonal Farm Workers) with 15-20 students per group. The classes run from 1:00 pm to 6:30 pm scheduled every Monday to  Friday.

The success of the program was also made possible by Choi Jong-doo (Teacher, King Sejong Institute San Juan) and Mi-kyoung Seok (Head of International Cooperation Team).