According to Yonhap News Agency, on Thursday, Seoul's Foreign Ministry stated that they plan to donate the said amount through the Philippine Red Cross. This is to aid the 45,000 victims of the eruption. In a press release, he stated,

Through the swift provision of relief goods to those who are in evacuation centers due to the volcanic eruption, we hope this aid will contribute to the stabilization of the victims' lives.

Taal Volcano erupted on Sunday, January 12, and started spewing out ash and lava. This forced the nearby residents to leave and find other shelter.

It was in 1977 when Taal Volcano last erupted. 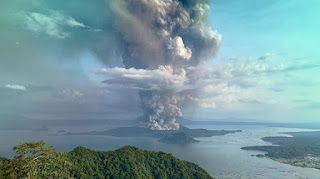