Pinoy Seoul to Receive an Award from the Philippine Goverment

Pinoy Seoul is to be awarded as the "Interactive Media Award - Best Website" in Migration Advocacy and Media Awards 2019 by the Office of the President of the Philippines - Commission on Filipinos Overseas on December 17, 2019 at Diamond Hotel, Metro Manila, Philippines. 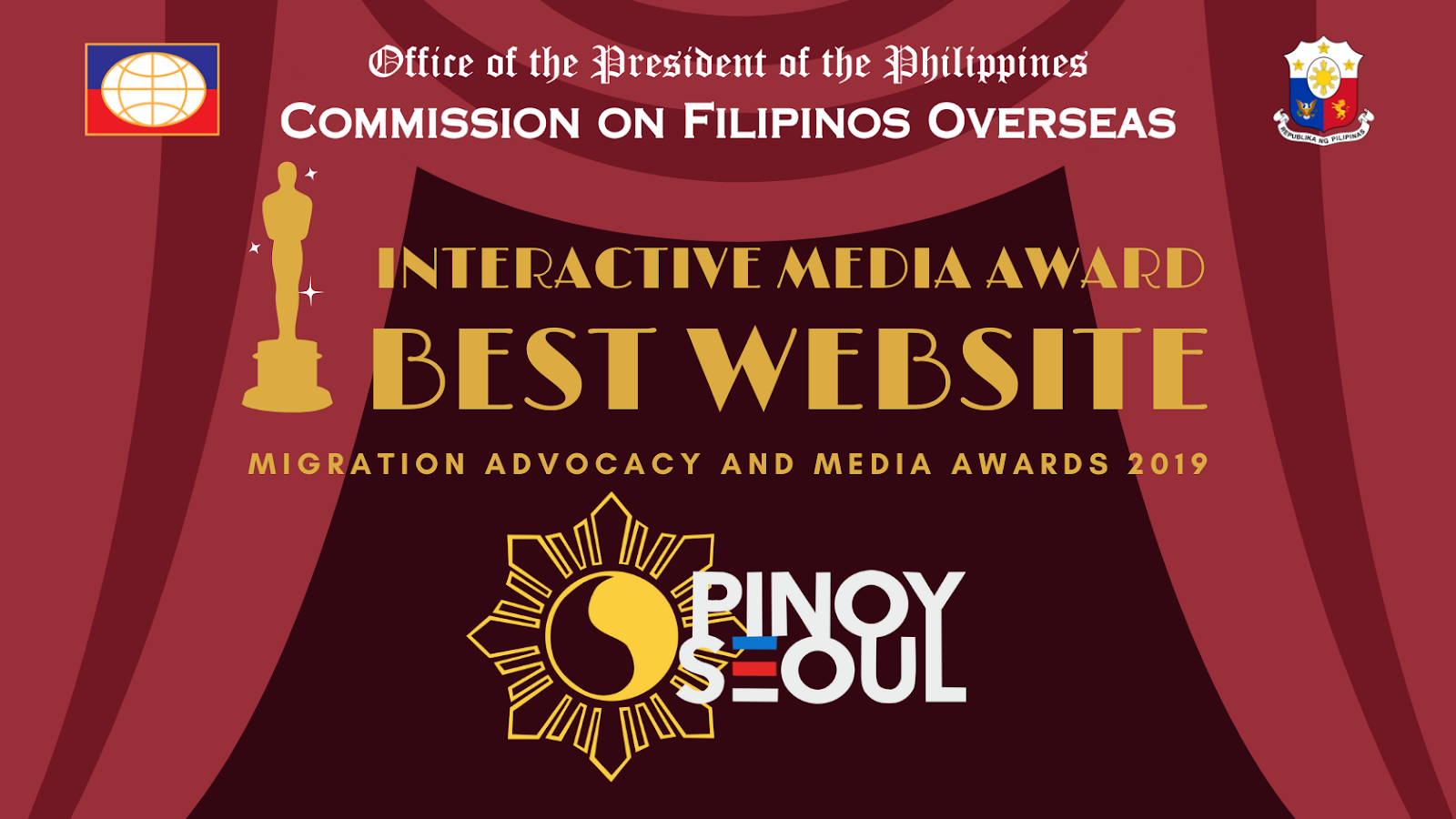 
The support by Seoul Global Startup Center paved way for tech-based socio-entrepreneurial projects that support the welfare and livelihood of Filipinos in Korea and Koreans who have interest in Philippine culture such as Pinoy Store, an e-commerce platform that promotes products and services that you typically see in a "Sari-Sari store" and Seoul Supply, a B2B platform that connects Korean small and medium enterprises (SME) to distributors the Philippines and its Southeast Asian Neighbors.

Conceived in 2011 by the Commission on Filipinos Overseas (CFO) in line with the Celebration of the Month of Overseas Filipinos and International Migrants Day in the Philippines (held every month of December and December 18, respectively), the MAM Awards aim to recognize the significant role of the media in information dissemination and advocacy of news and concerns related to migration and development.