Philippine Ambassador Noe Albano Wong, after taking office in May, is witnessing how bilateral relations have expanded in tandem with ASEAN-South Korea ties that have recently stressed people-to-people exchanges. 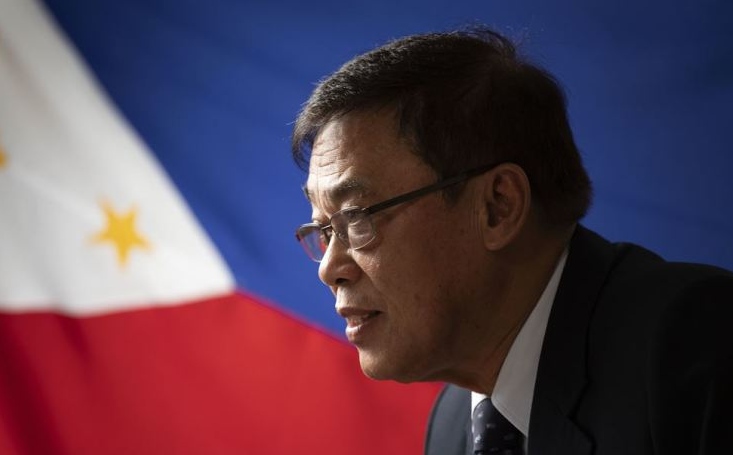 This is the fifth in a series of interviews with ASEAN ambassadors on the occasion of the 30th anniversary of ASEAN-South Korea relations. — ED.

A newcomer to South Korea, Philippine Ambassador Noe Albano Wong is increasingly witnessing how 70 years of bilateral relations has successfully extended to people-to-people exchanges — a priority in ASEAN-South Korea relations. 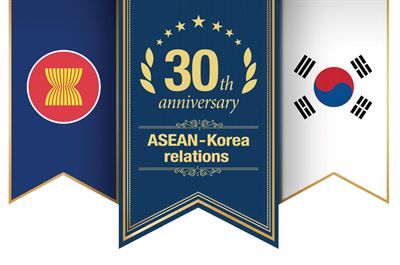 On Sept. 17, Ambassador Wong hosted a ceremony at the War Memorial of Korea in Yongsan-gu, Seoul, commemorating the Philippines' participation in the 1950-53 Korean War.

Its participation as a U.N. allied force member came after it became the world's fifth country to sign a diplomatic treaty with the nascent Republic of Korea in March 1949. The other four were the United States, the United Kingdom, France and Taiwan.

This week, Ambassador Wong will host a lunch for journalists at his residence to mark the rapid increase in number of South Korean visitors to the Philippines.

According to Seoul's Ministry of Foreign Affairs, South Korea was No.1 in the number of visitors to the Philippines in 2018 with 1.58 million. The number of Filipinos travelling here came to 471,532 in the same year.

In addition to tourists, the 2018 data showed 85,103 South Koreans lived in the Philippines while 60,139 Filipinos, including immigrant wives and migrant workers, were domiciled here.

"The current relations between the Philippines and South Korea can be described as a comprehensive and multifaceted partnership that takes root not only at a state-to-state level but also at the people-to-people level … The Philippines considers strong people-to-people exchanges as one of the most meaningful and moving anchors of its relations with South Korea," Wong told The Korea Times at his office last week.

In his signature New Southern Policy to deepen ASEAN ties, President Moon Jae-in has underscored people-to-people exchanges under a three pillars policy including peace and prosperity.

"In this regard, we hope that there will be more cooperation and exchanges, particularly in education and training between our countries," he said. "On tourism, apart from improving our current links that will continue to promote the Philippines as a top tourist destination for the Korean market, we also hope that potential Korean investors will be attracted to invest in tourism-related opportunities in our country."

The five tourist attractions recommended by Wong were Palawan, Boracay, Cebu, Bohol and Manila, with the first three being ranked among the top 10 islands in Asia by Travel+Leisure magazine this year. Direct flights connect all five with Incheon.

Being a founding member of ASEAN in 1967, the Philippines "attaches great importance" to the group and it has been joining the year-long anniversary projects commemorating ASEAN-South Korea relations.

The remaining projects include the ASEAN Train ride to the Demilitarized Zone and major cities such as Seoul, Busan and Gwangju in October; and the ASEAN-Korea Export-Import Fair and the ASEAN-Korea Startup Summit for startup owners, both to be held in Busan.

In accordance with an agreement between Philippine President Rodrigo Duterte and President Moon, the Philippines has been celebrating its 70 years bilateral friendship with South Korea under the theme, "Year of Mutual Exchange."

A Filipino language contest for Korean primary and secondary school students will take place at the Embassy of the Philippines on Sept. 29; and the PH-ROK Bayanihan Parade, a Christmas lantern making, and Philippines on Wheels: Feel the Phil culture campaign, will all be held in Seoul in October.

"As the Philippines and Korea celebrate 70 years of diplomatic ties and friendship, commemorating this anniversary brings a fresh impetus to an enhanced and mutually beneficial partnership as we explore the opportunities in front of us and in the many years to come," Wong said.

Wong has been serving in Seoul since May. A former military and police officer, he was an ambassador to Cambodia from 2008 to 2014.

He finds his life here "fascinating," largely due to the hospitality of South Koreans, their willingness to help Filipinos, the Korean wave and traditional cuisine.

Being South Korea's oldest ally in ASEAN, the Philippines has embraced denuclearization of the Korean Peninsula and advocates a diplomatic solution accordingly.

In relation to the New Southern Policy, Wong assessed peace building efforts are being better addressed in the region and that the 10-member ASEAN has "great potential to be an important contributor to the dynamics of peace building" on the Korean Peninsula with their ties with North Korea.

The $153 billion spending program is to usher in a "golden age of infrastructure" with 75 projects, including six airports, nine railways, three rapid bus transit systems, 32 roads and bridges and four seaports.

It seeks to transform the country's economy by help bring down the cost of production, improve rural incomes, encourage countryside investment, facilitate the distribution of goods and create more jobs.

"With South Korea's pivot to ASEAN countries, many Korean businesses are looking to invest in ASEAN. This bodes well for the Build, Build, Build program as many Korean construction firms are expressing interest in being part of this initiative," he said.

The two countries will seek to sign the FTA in November when Duterte and Moon join the ASEAN-ROK Commemorative Summit in Busan.

The FTA is anticipated to increase bilateral trade that amounted to $15.6 billion — the fifth-largest among ASEAN countries — and form a wide economic partnership in addition to the ASEAN-South Korea FTA that took effect in 2007.

The Philippines and South Korea have common ground in that they are staunch allies of the U.S., while having China as their top trade partner.

When asked about the U.S.-China trade war, Wong said his government has sought to diversify both its export and import markets.