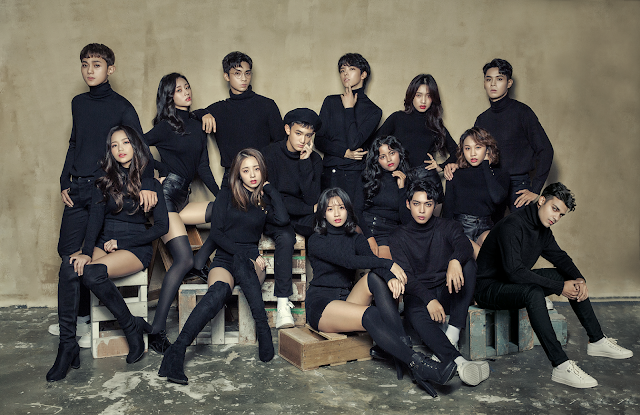 The new group called Z-Stars are the up and coming pop stars hailing from all parts of Asia. Their latest music videos were just released and have garnered over a million views already.

There are a lot of music groups that debut every month around Asia, and especially Korea. The K-Pop music industry has become so widespread that they are welcoming other nationalities in their industry. Groups like EXO, TWICE, GOT 7, Black Pink, and WSJN have Chinese, Japanese, or Thai members included in the line up.

It is no surprise that an entertainment company would venture forth and include more Asian nationalities in a group. Zenith Media Contents, a South Korean Entertainment company, had an Asia wide audition and search for the members of their new group called the Z-Stars, Z-Girls and Z-Boys respectively. After casting the members, they were flown to South Korea to receive the infamous K-Pop training before making their debut.

Z-Boys made a comeback with "Holla Holla." This is shows off their more masculine side as it is a dark, hip hop-dance track that has heavy bass beats and a catchy hook. This song shows a different side to them as

Z-Girls, on the other hand, released "Streets of Gold." This is an dynamic, pop, dance song that gets stuck in your head after hearing it. The fun colors, bright pinks, energetic dancing, and power vocals package the song into a bop that rivals popular K-Pop songs.

While the group as K-Pop aesthetic overall, they have Vietnamese, Indian, Indonesian, Japanese, Chinese, Thai, and Filipino Members. The Filipinos have a strong following with support all over the globe. There is the lead vocalist and dancer Josh from Z-Boys, and Main Vocalist, Leader, Center Carlyn from Z-Girls.

They are off to a great start as a new generation of Asian Pop Stars and will dominate the music scene in the future. Do you like their music so far?