Seoul, 30 July 2019. The Friendship Concert of the Manila Symphony Junior Orchestra (MSJO) and the Korea Suzuki Association Orchestra (KSAO), which is part of a series of events to celebrate the 70th Anniversary of Philippines-Korea Diplomatic Relations, was successfully held at the Youngsan Art Hall in Seoul on 27 July 2019. 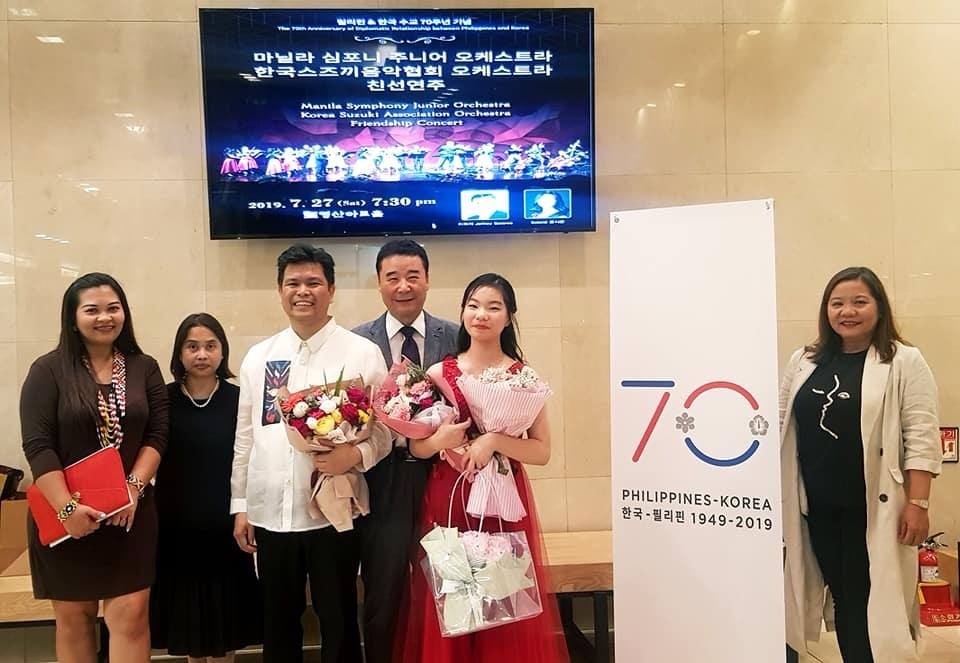 In his congratulatory message, Ambassador Noe A. Wong stated that “the Friendship Concert and collaboration between the MSJO and the KSAO will undoubtedly capture the hearts of the audience and form part of the beautiful memories of Philippines-Korea people-to-people relations.”

MSJO Conductor Jeffrey Solares, for his part, said that it is fitting that the diplomatic milestone is celebrated through music performed both by Filipinos and Koreans.

Meanwhile, Professor Kyungik Hwang, President of Korea Suzuki Association, expressed the hope that the concert will be an opportunity for Filipino and Korea students to work together for more active exchange. 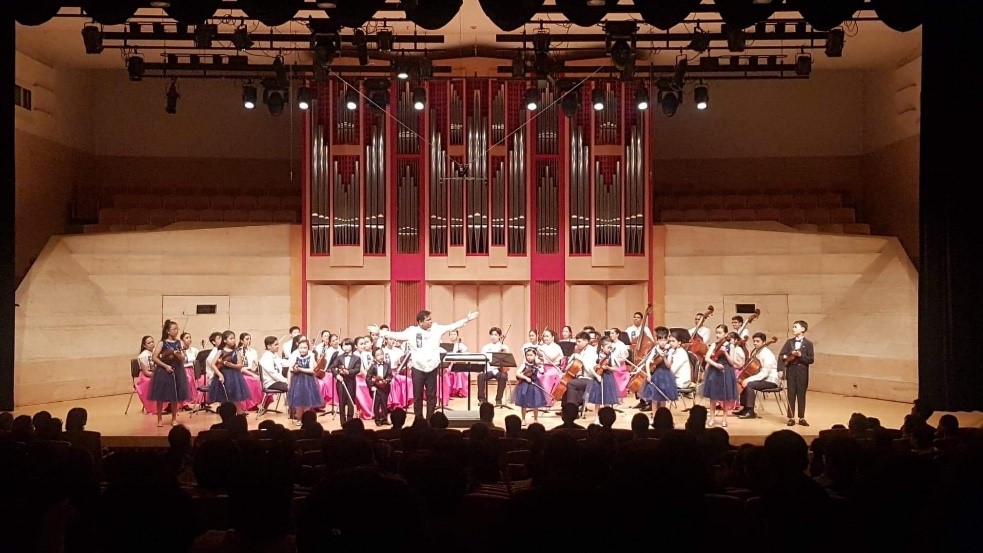 The Friendship Concert featured Classical, Filipino and Korean compositions. Young Korean music students performed with the MSJO during the first part of the concert, including soloist Moon Si-eun.

The second part of the concert, which featured Filipino songs Handog, Anak, Leron Leron Sinta and Kruhay, captivated the applauding audience. A new musical arrangement of Leron, Leron Sinta was also premiered at the concert.

The finale number was an inspiring joint performance by the MSJO and the KSAO music teachers of the most famous Korean folk song, Arirang. 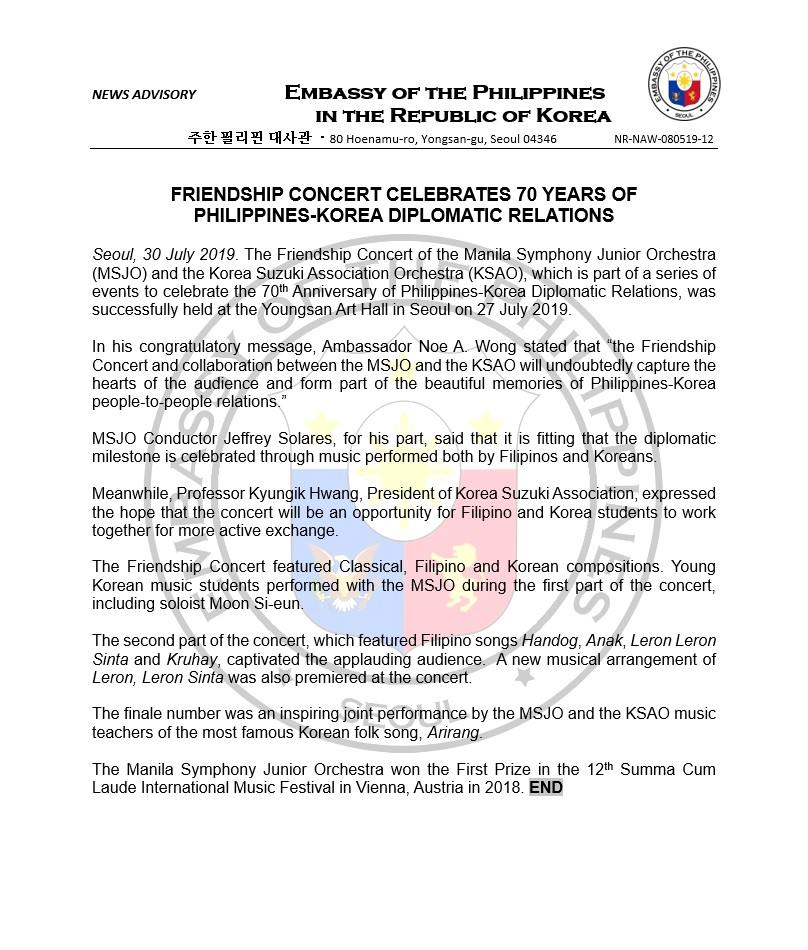