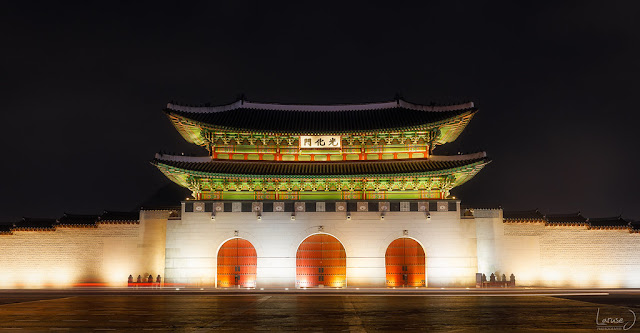 Experiencing culture is a great way to open your eyes to a new world. Seoul has a lot of beautifully preserved architecture that will bring you back into the country’s culturally rich past.

The only way to fully experience the culture of Seoul is to step into the past literally. The palaces are a testament to the country's efforts to preserve their culture and architecture within the bustling city central. Through the years, and thanks to tourist, the country's present and past exist harmoniously and represent the South Korean history.

Tourists shouldn't skip on an opportunity to learn more about the country they are visiting. In fact, it is much more fun to dress in full hanbok, or traditional korean clothing, and visit the palaces. Not only will you fully immerse yourself in the experience and learn more about the culture. But you will also be able to take great souvenir photos to commemorate your trip.

This is the very first palace that should be on your itinerary as it is the most impressive and expansive of the 5 Seoul palaces. The palace was originally constructed in the 1300s-1400s and was where the main seat of royalty resided. It was destroyed twice following the Japanese invasions in the late 1500s and in the early 20th Century after being rebuilt.

Fact: You can visit the National Folk Museum located within the grounds.

The Deoksugung palace is much smaller and is located near an Instagrammable tree & sculpture lined walled road. This is the only Korean palace with western style buildings, plus it is a famous place for cherry blossom viewings. You can also watch the changing of the guard daily except Mondays.

This is one of two palaces that stand back to back in the East Palace complex. A gate separates between the two palaces but they are collectively referred to as Dongwol or East Palace. In Changdeokgung you will see the second oldest of the five palaces in Soul. This is the only one listed as a UNESCO World Heritage Site and is well known for Huwon or Secret Garden.

Fact: The Huwon is an entire additional palace complex with a beautiful surrounding that can only be viewed via guided tour.


This is the other half of the East Palaces and is located on the other side of the gate. It is well known for the large grounds that are beautifully colored during spring and autumn. A lot of locals visit during the cherry blossom season and when the autumn leaves start changing color.

This shrine was founded in the 1300s at the same time as Gyeongbokgung Palace. It was destroyed in the late 1500s but was rebuilt in the 1600s. Its purpose was to serve as a memorial for Joseon’s King& Queen through Confucian rituals. Their spirits are housed in spirit tables upon their deaths. It is a very peaceful place to visit and is a break from the hustle and bustle of the other tourist spots.


Don't miss out on rich Korean culture during your visit and put these palaces on your itinerary!