Free Tickets to the World Culture Festival 2019 in Seoul

0 0 Nash Ang Tuesday, February 19, 2019 Edit this post
Let's go and explore the world with spectacle performances though "World Culture Festival" organized by IYF on February 23, 2019 (Saturday) at Jamsil Student's Gymnasim. Admission is FREE for foreigners who are living in Korea.

Korean students spend 1 year away from their studies to do volunteer work all around the globe. After a year, they return back home. Through this festival, they showcase the heart that they have received from the people of the countries that they have been to though various cultural dances. This year, the students who went to the Philippines would be performing a Filipino inspired dance.

An event that showcase not only dances from around the world but variety of performances as well. A great event for families and friends to see!

To reserve your seats, kindly register on this link. Hope to see you there!

Good News Corps Festival is a volunteer homecoming concert, organized by Good News Corps university students who volunteered overseas in over 90 countries around the world for a year. In this new year, we hope you foreigners to taste various food and experience many cultures with your friends and family. 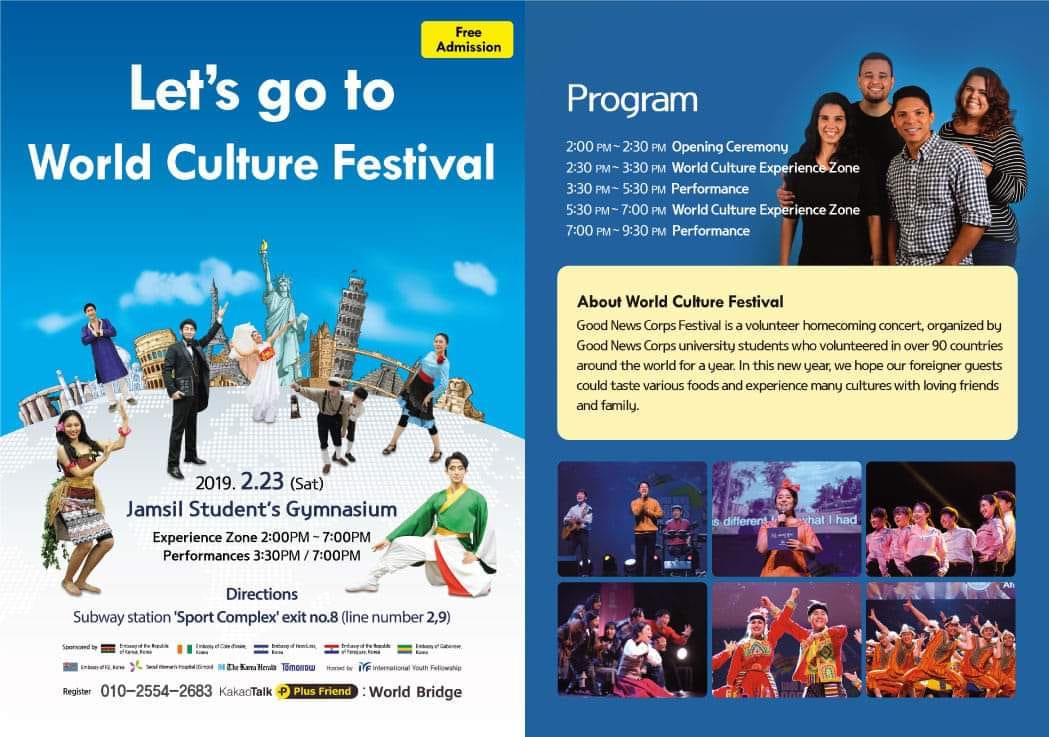