Korean Goverment to bring back trash from Philippines 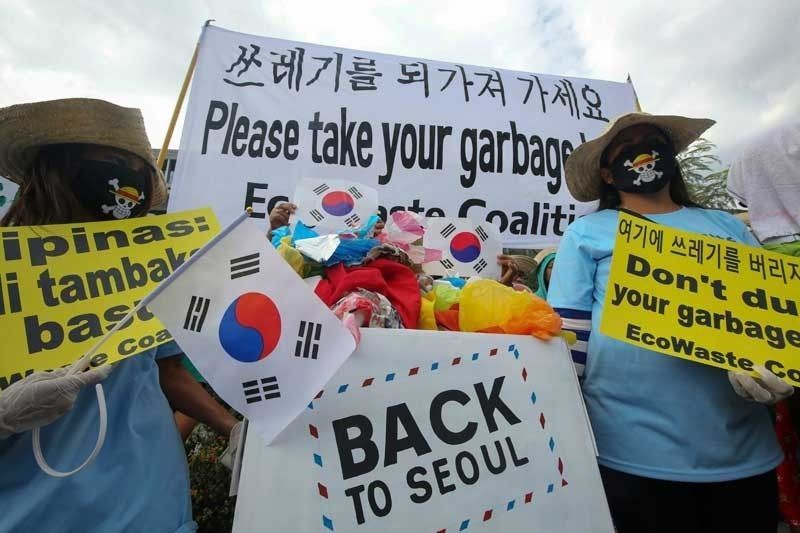 The government is set to bring back from the Phillippines illegally shipped plastic trash, the environment ministry said, Friday.

"We are negotiating with the Philippine government to bring 6,500 tons of waste," said Lee Byung-wha, a senior official at the ministry.

"First, we will take care of 1,200 tons of the trash and then we plan to discuss how to bring the rest back."

A total of 6,500 tons of plastic garbage was exported to the Philippines in two shipments last year, declared as plastic synthetic flakes by Verde Soko Philippine Industrial, a Korean company. However, the shipment contained plastics, used batteries and diapers.

In July, 5,100 tons of trash was sent to Mindanao in Misamis Oriental Province and 1,400 tons were shipped to Tagoloan in the same province three months later. Mindanao is an island in the southern part of the Philippines, which is only 90 minutes from the capital city of Manila by plane.

However, Lee added: "The exact date has not been fixed as the two sides are still negotiating over the issue."

According to some foreign media outlets, Jan. 9 is the target date to send the trash back to Pyeongtaek in Gyeonggi Province.

In Korea, it costs 10,000 won ($8.89) per ton to incinerate trash, but the cost for the same process is said to be less than half that amount in the Philippines, even with the shipping costs.
However, the Philippines government seized the garbage after finding various hazardous wastes hidden among the plastic garbage.

The Philippines government immediately requested the Korean government take back the trash.

"First, we will see if there is any recyclable garbage. We are planning to incinerate most of it. We will claim both the collection expense and incineration cost to the export company," Lee said.

The senior official said the export company can face a fine of up to 20 million won or two years in jail if it fails to obey the government's order to take back the trash.

In response to the illegally shipped trash, environmental activist groups in the Philippines have protested the Korean government, gathering in front of the Korean Embassy to the Philippnes.

One member of the Ecological Waste Coalition of the Philippines (EcoWaste Coalition), which is comprised of 140 environmental groups there, was quoted as saying he was surprised to see Korean words written on almost all the garbage dispersed to the 45,000-square-meter dumping site

They argued that people live 20 meters to 30 meters from the dumping site and there is a playground with many children nearby.