Koreans commemorate another major event in their country yesterday, and that is Hangul Day. This is the day King Sejong officially founded Hangul, or the Korean writing system. And today, we'll join them in appreciating Hangul even more by trying out extra challenging Korean tongue twisters! 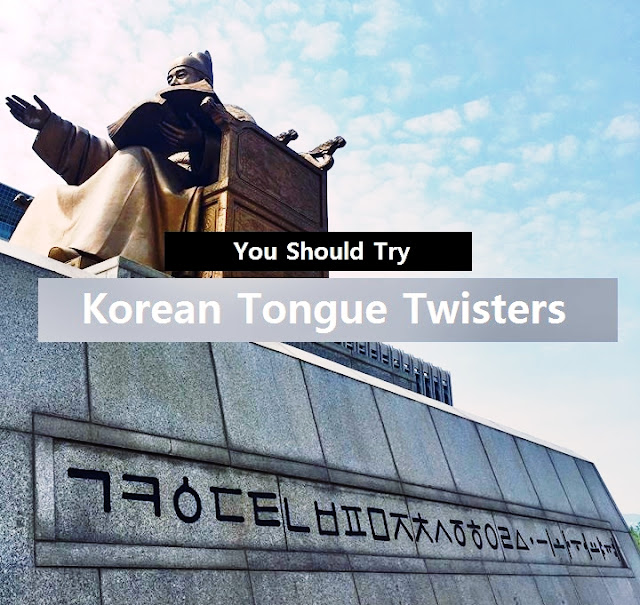 To give you a brief background, Hangul (한글) is the writing system founded by King Sejong in 15th century Korea. It is also known as the Hunminjeongeum (훈민정음). This writing system is shared by North and South Korea. Hangul is also used in parts of China like the Yanbian Korean Autonomous Prefecture and Changbai Korean Autonomous County located in Jilin Province. These days, Hangul is used along with some Hanja or Chinese characters.

Are you ready? Let's get it!

For you to succeed in this level, you should watch out for these words:

Ready for the next level? Let's get it!

Words to watch out for this twister:

PS: The 장 (jang) at the end of words also means manager.


Practice these words to pass level 3!

And if you've succeeded level 3, let's see if you can pass the FINAL challenge. Let's get it!

This is one of the most challenging Korean tongue twisters ever made that even Koreans themselves, can't get it on their first three tries. This literally means, "The police headquarters’ iron bar windows are single-layer iron bars, and the prosecutor’s office’s iron bar windows are double-layer iron bars.”
Here's the cheat sheet. Practice these words to pass the final challenge!

It's not that easy, eh? But seeing you've come as far as this, you've done a good job.


Hangul is the greatest memento of King Sejong's love for the people of Korea. Nowadays, more and more people are appreciating this wonderful writing system. Let's use it in a good way. Happy Hangul Day!