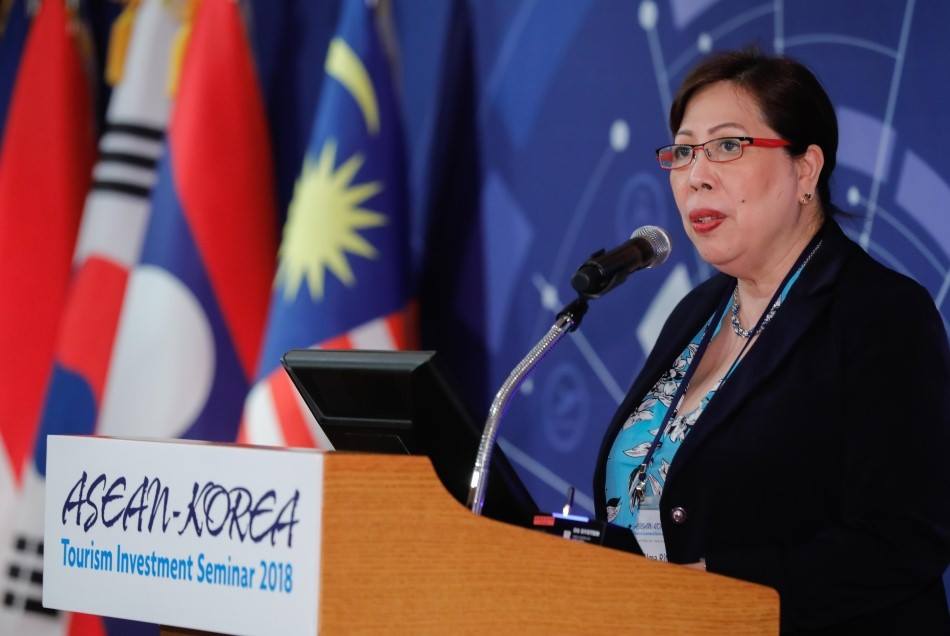 Seoul, 20 June 2018- The Philippine delegation, led by Tourism Undersecretary Alma Rita D. Jimenez, promoted the Philippines as a promising destination for tourism investments during the “ASEAN-Korea Tourism Investment Seminar” organized by the ASEAN-Korea Center on 8 June 2018 at the Lotte Hotel in Seoul.

PH Ambassador to Korea Raul S. Hernandez was a special guest at the Opening Ceremony together with some ASEAN Ambassadors. The Opening Ceremony was also attended by Philippine Board of Investments (BOI) Director Angelica Cayas and Tourism Attaché Maria Corazon Jorda-Apo and other tourism officials.

The Seminar featured the theme “Tourism Investment Partnership for a Sustainable Future.” As it was the first time for the ASEAN-Korea Centre to host a Seminar on tourism investment in close collaboration with the tourism authorities of ASEAN member states, there was great interest from potential Korean investors to learn more about the tourism investment opportunities in the ASEAN member states.

Dr. Aladdin D. Rillo, a Filipino national who is currently the Deputy Secretary General of ASEAN for the ASEAN Economic Community, delivered the keynote address during the event.

During his keynote address, Deputy Secretary General Rillo expounded on the opportunities and challenges in the development of tourism in the ASEAN region. He also underscored that “the Seminar was timely as it is in line with the trend of fostering tourism development of Korea and ASEAN, deepening tourism cooperation between the two sides, facilitating mutual understanding between tourism industries, and broadening cooperation in tourism investments.” To this end, Deputy Secretary General Rillo expressed hope that the governments and the private sectors from both sides could work together to expand investments in tourism infrastructure, provide a favorable policy environment and more financial support for the development of the tourism industry, and promote the sustainable and stable development of the tourism industry.

In her presentation, Undersecretary Jimenez noted that the “Philippine tourism sector is one of the biggest contributors to the growth of the Philippine economy and that the Philippines is recalibrating its travel destinations to boost capacity due to increased demand.”

Undersecretary Jimenez also underscored that “the “Build, Build, Build” infrastructure program under the administration of H.E. President Rodrigo R. Duterte is expected to boost interconnectivity throughout the Philippine archipelago and contribute to the growth of the tourism sector.” 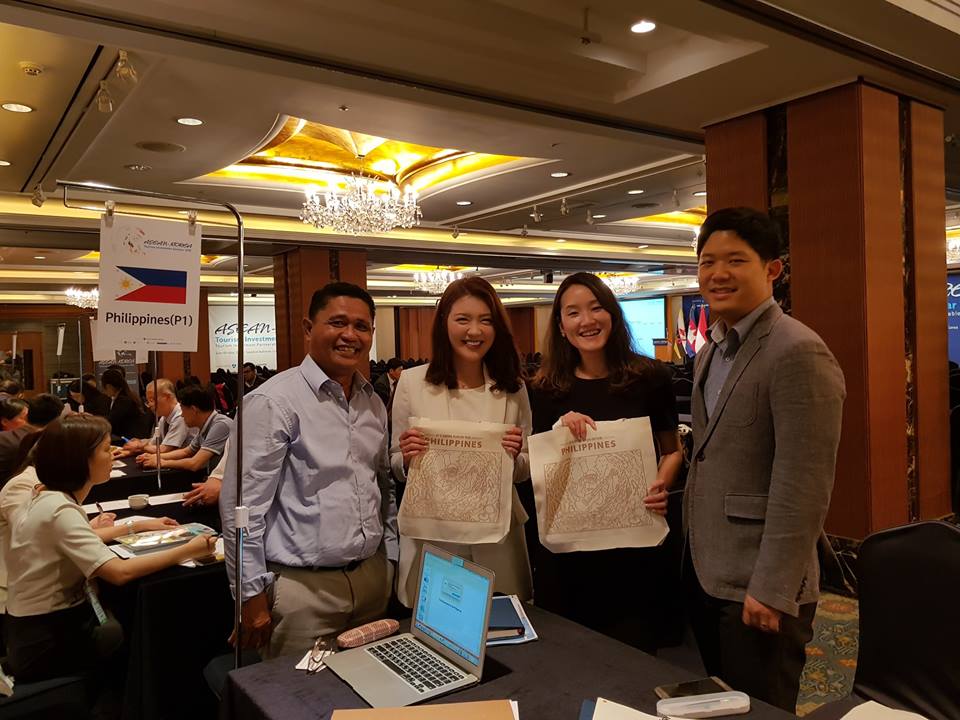 Aside from Undersecretary Jimenez, Director Danilo B. Intong of the Office of Tourism Standards and Regulations also delivered a presentation during the event.

The ASEAN-Korea Tourism Investment Seminar was a resounding success as it paved the way for Korean companies to be apprised of the promising investment opportunities in ASEAN’s vibrant and growing tourism sector.