0 0 Nash Ang Thursday, June 21, 2018 Edit this post
SEOUL, 18 June 2018 – The Philippine Embassy in Seoul successfully hosted a diplomatic reception on 14 June 2018 at the Crystal Ballroom of Lotte Hotel to celebrate the 120th Anniversary of the Proclamation of Philippine Independence. The event was attended by about 450 guests from the diplomatic, business, and religious communities, as well as the government sector. The Korean Deputy Foreign Minister for Political Affairs Yoon Sun-gu was the Guest of Honor. 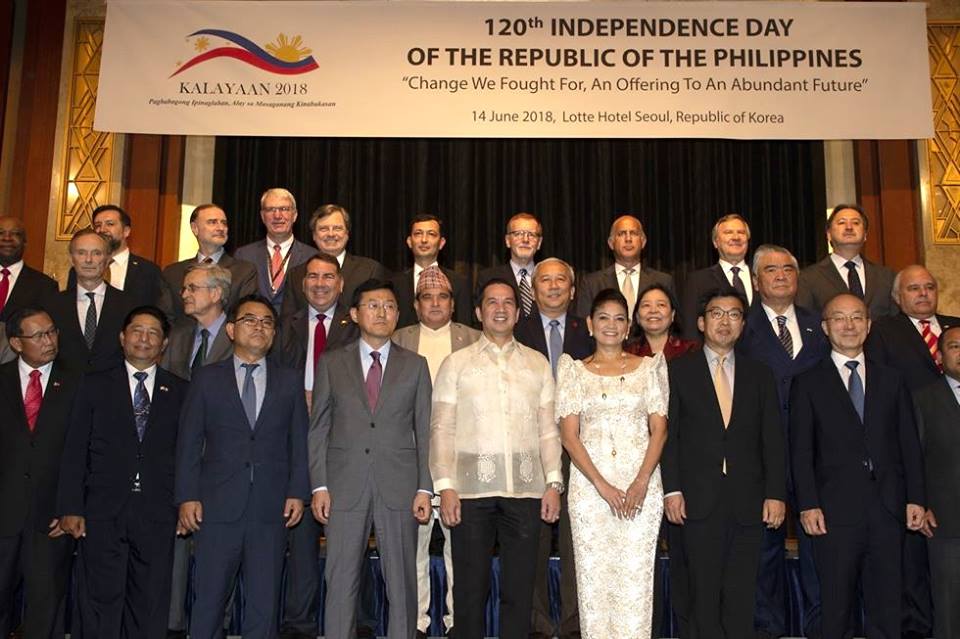 Philippine Ambassador to South Korea Raul S. Hernandez, in his Independence Day message, highlighted the strong economic performance of the Philippines under the leadership of President Rodrigo Roa Duterte. Ambassador Hernandez attributed the country’s impressive GDP growth rate of 6.7% last year to the vision of the Duterte administration to effect transformative change in the Philippine society and economy.

“President Duterte’s efforts to form a more law-abiding society, his constant focus on fighting corruption and criminality, as well as the contributions and support of our international partners are indispensable to achieving inclusive economic growth and prosperity,” the Ambassador said.

Apart from underscoring the economic gains of the country in recent years, Ambassador Hernandez also emphasized in his remarks the strong bilateral relationship between the Philippines and South Korea. 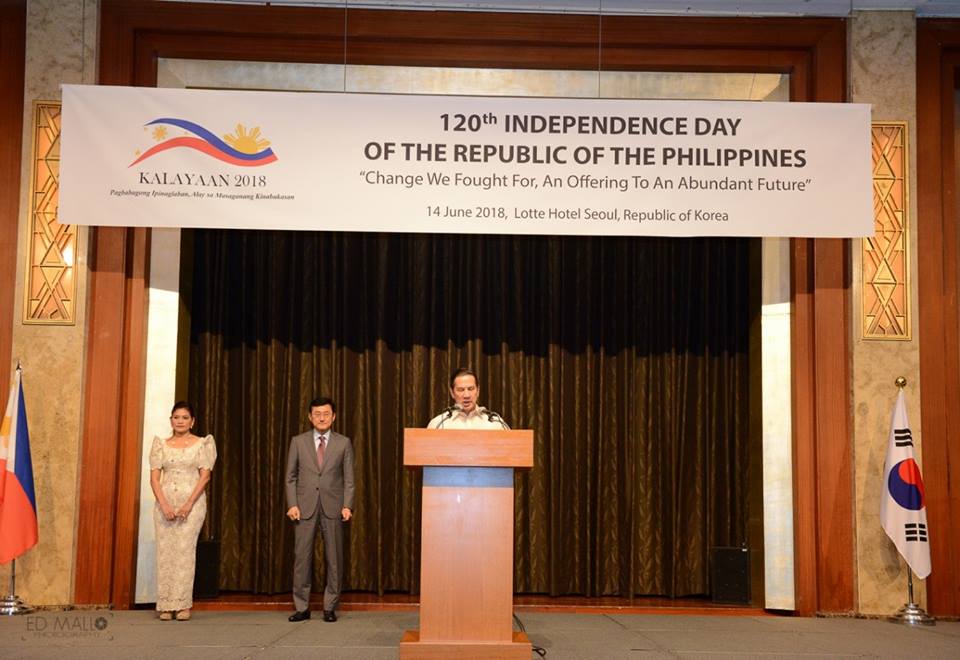 “Today, apart from commemorating our nation’s independence, we also celebrate the bilateral relationship between the Philippines and South Korea that has grown and flourished through the years, blossoming to become a very strong partnership in the fields of politics, defense and security, trade and investment, development, education, tourism and people to people exchanges,” the Ambassador stated.

Ambassador Hernandez highlighted the important role of South Korea in the Philippines’ economic emergence, the former being the country’s 5th major trading partner, the 6th largest source of official development assistance, and the number one source of tourists for the past 3 years with 1.6 million Korean visitors in 2017. In terms of people-to-people exchanges, South Korea is home to over 68,000 Filipinos while there are over 98,000 Koreans residing in the Philippines.

“Indeed, the interaction between our peoples continues to grow on an upward trajectory. This demonstrates that up to this day, our two nations continue to stand side-by-side not only as staunch defenders of freedom and democracy, but as steadfast partners in development and prosperity,” Ambassador Hernandez said.

For his part, Deputy Foreign Minister Yoon highlighted in his congratulatory remarks the special relations between the two countries, saying that the deep trust and friendship between the Philippines and South Korea “is well exemplified by the fact that Korea is the country that accounts for the greatest number of visitors to the Philippines and our trade volume has continued to exceed 10 billion dollars since 2010.” 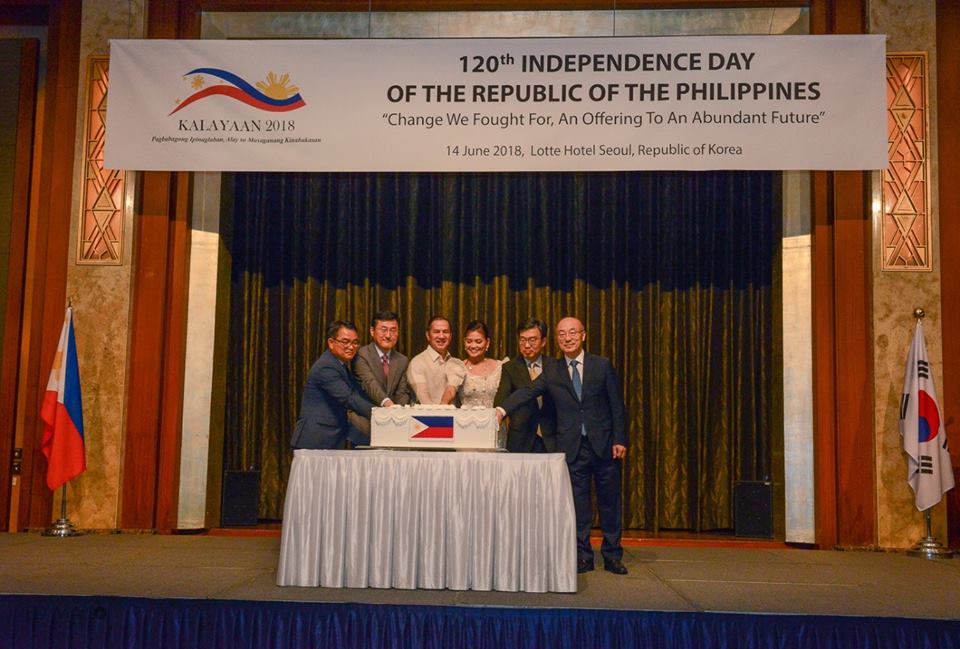 “I also believe that there is still tremendous potential for the further deepening of our relations. Based on the exchange of our valuable experience and the ever-growing range of issues of common interest, I believe the ties between Korea and the Philippines will indeed expand as we move forward to the future,” he added.