"Be a Fellow 2018" - Study Filmmaking in South Korea for Free

0 0 Nash Ang Wednesday, September 20, 2017 Edit this post
Film Development Council of the Philippines is in search again for talented and future producers! BE A FELLOW! 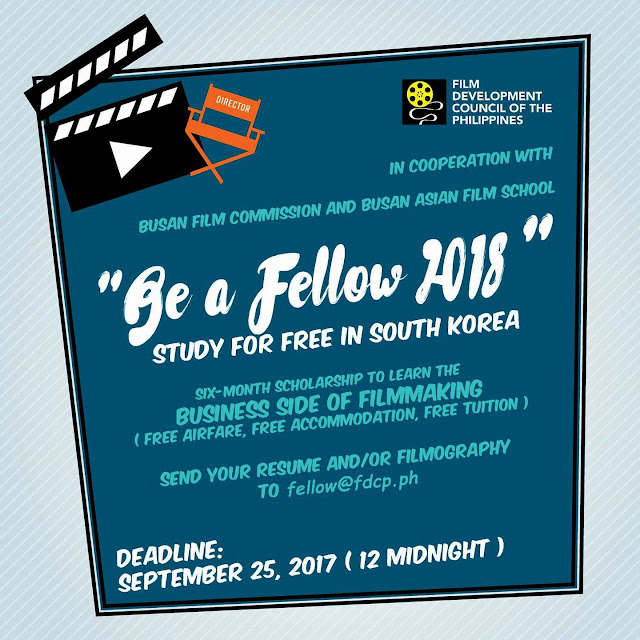