Learn About Korean Culture in 2021 and be Inspired!

What comes first into your mind when you see or hear the word "Korea?" As for me, Korea would be my dream place. South Korea has a lot to give and for us to experience those things, we have to learn their culture to be able for us to understand more of them and to realize some things in life. 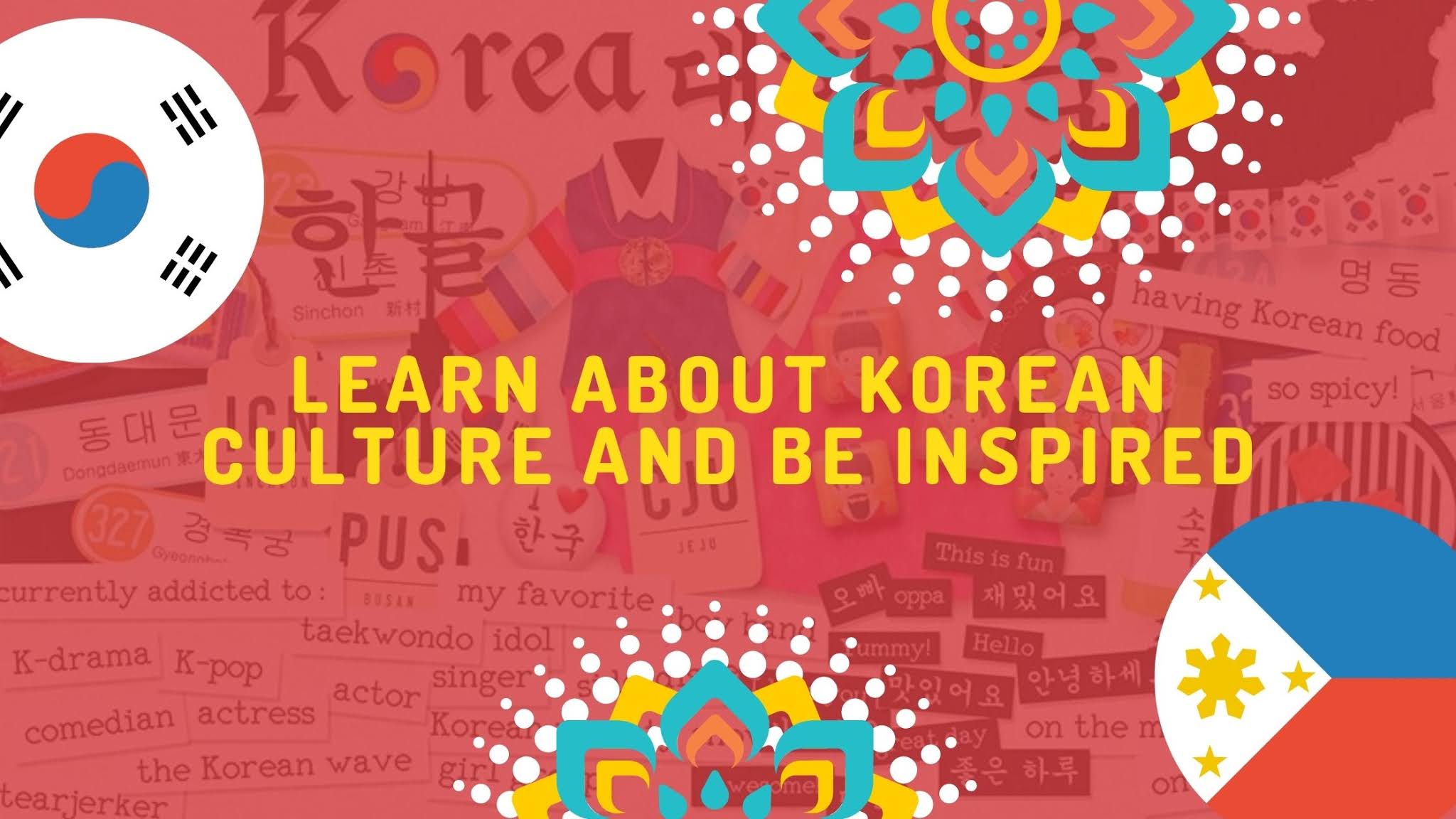 Korea is a peninsula on the east side of Asia. Demilitarized Zone or DMZ divides North Korea and South Korea. It has a population of 5,022 million individuals. Seventy percent of Korean territory comprises mountains and plain lands. The special administrative district of Korea is Seoul, the capital. The large cities are Incheon, Daejon, Daegu, Gwangju, Ulsan, and Busan. The provinces of South Korea are Gyeongkido, Gangweondo, Chungcheon Namdo, Chungcheon Bukdo, Kyeongsang Namdo, Kyeongsan Bukdo, Jeolla Namdo, and Jeolla Bukdo. Busan is the second-largest city in South Korea. Incheon is the harbor city that has the center of air transportation.

KOREAN CULTURE has a strong effect on people when it comes to being sentimental. Koreans are family-centered, hospitable, generous, and humble individuals. They tend to put their families as their priority. Koreans love to have a lot of friends to create memories with or to just hang out with. Koreans are also passionate and dynamic when it comes to working. They love to give a lot of their time finishing off their work in a certain period of time.

Korea is rich in culture. It has seven world cultural heritage registered by the United Nations Education, Scientific, and Cultural Organization (UNESCO). Gyeongju is one of the most known historical cities in Korea.

The Bulguksa Temple, located at Mount Toham, has seven national treasures including the relics made out of rock called the Dabotap and Seokgatap.

The Seokguram is a temple of Buddhism which was built inside Mount Toham.

The Cheomseongdae is an astronomical observatory made of rocks and is known as the oldest observatory in Asia.

The Cheonmajong is a mausoleum where you can find a lot of relics including gold crowns. A cheonmando is a portrait of a horse located inside a tomb.

The Anapji is a lagoon where mostly the Kings of the Silla Dynasty celebrated big occasions.

Hangukhwa is an art culture of Korea. It is a traditional painting made of rice representing the life of Korea.

Koreans are very much alive when it comes to music, dancing, and films. Korean music has affected many Asian countries, and that includes the Philippines which could have the largest fan group. Filipinos can’t live without K-pop and K-drama. Korean films are indeed very promising when it comes to giving people their eye-catching ideas and heartfelt dramas.